The headline on Fort Worth Weekly’s Static column on Nov. 17 advised “Go Get ‘em, Watchdogs,” referring to the public’s chance to weigh in on gas issues in a hearing before the Texas House Committee on Energy Resources. Yes sir, J. Q. public could go down there and have a thing or two to tell the legislature. Except that they didn’t because they couldn’t. 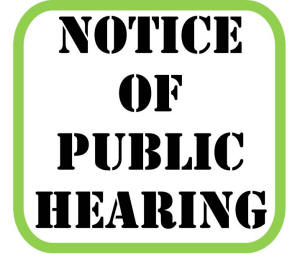 Mayor Moncrief spoke for about a half hour on the need to let local government do what’s best for Fort Worth. Mayor Calvin Tillman of Dish wanted what’s best for Dish. Many of our local pols said the Texas Railroad Commission was doing a good job but didn’t have enough resources. The Railroad Commission guy said they were doing their best but needed more money. Oh yes, and he made the point that air quality was not his responsibility. The Texas Commission on Environmental Quality guy allowed as how they don’t have adequate resources either — but of course they are doing a wonderful job with what they’ve got.

Lobbyists spoke on the great revenue stream coming from the gas industry and how important it was to the economic well-being of the state. Others talked about the great record of the pipeline industry. And the chamber of commerce guy — yada, yada, yada. Libby Willis, League of Neighborhoods president, thanked the committee for coming to Fort Worth, but frankly her presentation was so bland that I can’t remember what she said.

There always seems to be a need for lauding the efforts of those who have helped screw up the rock fight, and this hearing was no different. But a public hearing? Not really. More a dog and pony show. Clearly it was the gas industry and its supporters who spoke the longest, citing the benefits of gas and the jobs and the money.

Nobody, especially the members of the Energy Committee, seemed to grasp the reason for the hearing. Committee members also talked about the money and lauded Gary Hogan’s suggestion to tap the state’s so-called rainy day fund for financing more inspectors for the Railroad Commission.

Anyone with more than two brain cells who has observed the evolution of urban drilling has seen the total disregard for private property, public safety, existing zoning rules, damage to the city infrastructure, public welfare, and just plain common sense displayed by both the gas industry and the city. There has evolved a disdain for ethics (make that greater disdain for ethics), with glaring conflicts of interest.

The problem that no one could see is one of a broken regulatory process. How many times have citizens complained to the city council that something was unsafe, unfair, or whatever, only to be told that it’s the fault of the Railroad Commission? And then air quality issues are laid at the feet of TCEQ. Both agencies fault the legislature for inadequate funding, and that was the message the committee seemed to hear.

Here’s the real deal: Double or triple those agencies’ funding, and the regulatory process will still be broken. The solution is first to consolidate all aspects of the industry in a single office with responsibility for well safety along with air and water quality. Second, establish minimum standards for urban drilling ordinances that respect public safety and public and private property rights. That keeps political entities that are bought and paid for by gas interests from running roughshod over the public, as happens here in Fort Worth. Third, allocate financial resources to inspect and monitor the growing number of gas wells and pipelines, and be able to force corrective action where needed.

Only one person spoke to the issue of public safety, only one. And he had lost credibility earlier when his cell phone rang off the hook, eliciting a comment from committee chair Ted Keffer. Hopefully the committee will remember the man’s comment and realize why they were here in the first place.

We can no longer offer up our citizens’ unalienable rights to life, liberty, and the pursuit of happiness on the altar of industry profits, jobs, tax revenues, climate change, or any other supposed benefit.

Clyde Picht is a former Fort Worth City Council member who speaks frequently on public issues.