Sometimes Static’s editor feels like it’s dangerous to open her e-mail inbox on Tuesdays, deadline day at your beloved Fort Worth Weekly. You never know what kind of news might be lying in wait there, among the Viagra offers, what might, um, arise that requires last-minute changes or angst over being unable to make them. 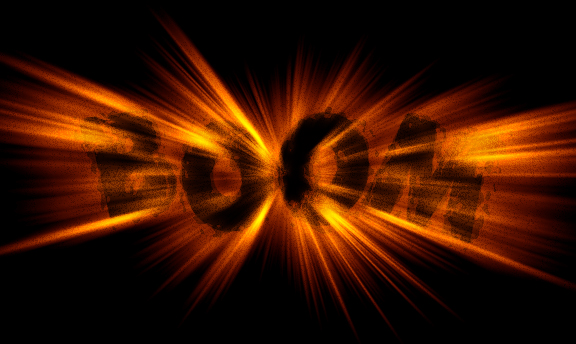 That’s what some folks in southern Parker County apparently are facing. On Tuesday evening, the Environmental Protection Agency issued an “imminent and substantial danger order” to Range Resources, a natural gas outfit, in connection with one of the company’s wells. The order comes on the heels of tests by the EPA of two nearby residential water wells. According to the EPA press release, the water wells were found to be contaminated with “extremely high levels of methane” that “pose an imminent and substantial risk of explosion or fire.” The two water wells were also found to contain benzene, a cancer-causing agent.

The EPA has ordered Range Resources to immediately implement a full scale investigation of the situation and additionally ordered the Fort Worth company to deliver drinking water to the two residences, test all nearby water wells to determine the extent of aquifer contamination, and “develop a plan to remediate areas of the aquifer that have been contaminated,” among other things.

The findings in Parker County come within three months of an EPA finding in Pavilion, Wyo., location of heavy gas drilling activity, that the water supply in that town was so contaminated with methane that it was undrinkable. Not only that, the agency said, if residents even use the water to shower, they should open their bathroom windows to avert the possibility of methane buildup that could lead to explosions.

But you know, natural gas is so clean … so safe.

So, did you think there was something missing in the above item? Like, maybe, what were state regulators doing while those wells in Parker County were going bad?

So glad you asked! Static doesn’t know that answer, but there is a hearing scheduled in Austin on Dec. 15 at which a whole lot of people are likely to be asking similar questions. It’s a “sunset” hearing on the Texas Commission on Environmental Quality and the Texas Railroad Commission. Sunset, as in, these agencies have to justify their continued existence. In effect, it’s a chance for the public to come testify about why those agencies should be reformed and required to actually use taxpayer dollars to protect the environment and the health of taxpayers.

If you have $40 and the intestinal fortitude to get up and get on a bus at 5:30 a.m. that day for the trip to Austin, then you should immediately — as in, on Wednesday as early as possible — contact the North Central Texas Communities Alliance at nctcalliance@yahoo.com to reserve your seat.

People will be coming from all over the state for the hearing, said NCTCA President Esther McElfish. She’s hot that the Texas Sunset Commission — the commissioners themselves, not the agency staff — took so long to confirm the Dec. 15 date, giving her group and other environmental groups so little time to make their plans. Despite that, she said, “I think we’ll see a tremendous response.”