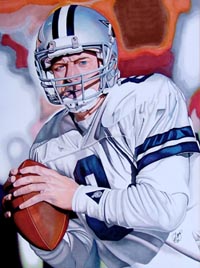 The Cowboys’ season may be over, but you can still get your football fix near Cowboys Stadium. The Arlington Museum of Art is running a show of photorealistic paintings by Steve Moya depicting the action from NFL games of years past. These paintings will be up until the Super Bowl gets here. The show runs Jan 6-Feb 6 at 201 W Main St, Arlington. Admission is free. Call 817-275-4600.

Attracting elite and recreational runners alike, the Hood to Coast relay race covers 197 miles from Oregon’s Mt. Hood to the Pacific Ocean, with 12-person teams running 36 legs in rotation. The documentary Hood to Coast looks at runners on four different teams participating in this longest relay race in the world. The film screens at 7pm at various movie theaters. Check Calendar for locations. Tickets are $20. Call 213-639-6166.

A tribute to Michael Jackson comes from an unusual quarter this evening. Fort Worth Symphony Orchestra will be performing a selection of the King of Pop’s many hits under the baton of Brent Havens, with singer James Delisco belting out the likes of “Beat It,” “Thriller,” and “The Way You Make Me Feel.” Be advised, though: This show is for one night only. The performance is at 8pm at Bass Performance Hall, 555 Commerce St, FW. Tickets are $30-65. Call 817-665-6000.

Pianist Gloria Lin (no relation to your trusty Night & Day editor) joins the Chamber Music Society of Fort Worth for its customary January concert featuring mostly Mozart’s music. She’ll be performing Mozart’s deceptively simple Piano Trio in E major, while David Heyde will be on hand to play the valve-less natural horn for Brahms’ Horn Trio. The concert is at 2pm at Modern Art Museum of Fort Worth, 3200 Darnell St, FW. Tickets are $22-25. Call 817-877-3003. 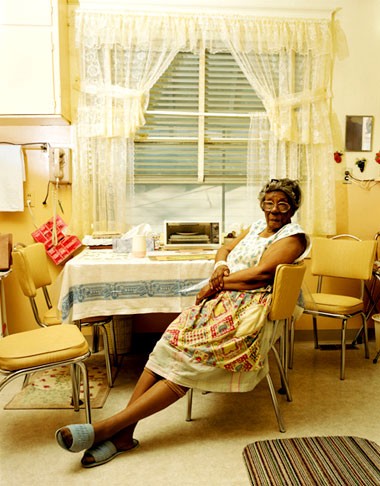 The humble apron takes center stage at the National Cowgirl Museum and Hall of Fame in its new exhibit, The Apron Chronicles: A Patchwork of American Recollections. More than 100 of the protective garments from different eras and all around the world are on display, along with the stories that tell the aprons’ histories. The exhibit runs Jan 7-Apr 3 at 1720 Gendy St, FW. Admission is $8-10. Call 817-336-4475.

WaterTower Theatre begins 2011 with Martin McDonagh’s comedy The Lieutenant of Inishmore, about an Irish guerrilla (who’s been thrown out of the IRA because they found him “too mad”) who goes on a grief-stricken spree of torture, murder, and dismemberment after his cat dies. The play, which features ample gun violence and body parts littering the stage, runs at Addison Theater Center, 15650 Addison Rd, Addison. Tickets are $15-40. Call 972-450-6232.

This year marks the 50th anniversary of the founding of the Amon Carter Museum of American Art. In commemoration, the museum is offering an exhibit entitled The First 50 Years. For the entire year, historical images will be on display showing the museum’s very first exhibit, Philip Johnson’s sketches for the building, famous artists who’ve shown their work at the Carter, and other pieces from this local treasure trove. It’s at 3501 Camp Bowie Blvd, FW. Admission is free. Call 817-738-1933.