On the surface, an out-of-towner who spends more than a couple of minutes among some of us Fort Worthians might think we’ve got a little case of Dallas envy. But our envy isn’t for Dallas itself, though even the most hardcore Fort Worthian has to admit that Big D’s new performance arts campus is pretty impressive. No, what we wish we could take away from Dallas is the world’s attention. OK, just some of it. And preferably during Super Bowl XLV, when North Texas becomes the center of the sports and entertainment world for a few days. Dallas may be great and all (I wouldn’t know; I’ve spent only a couple of hours there, even though I’ve been living in Fort Worth for about seven years), but Fort Worth has a cultural scene that, honestly, is second only to New York City’s, Chicago’s, and Los Angeles’. Over the years, I’ve kind of developed the feeling that if Fort Worth were situated in any other state or part of Texas, we’d seem much, uh, bigger to the rest of the nation. We’d at least have a pro basketball or hockey team. (I’m only half-joking.) 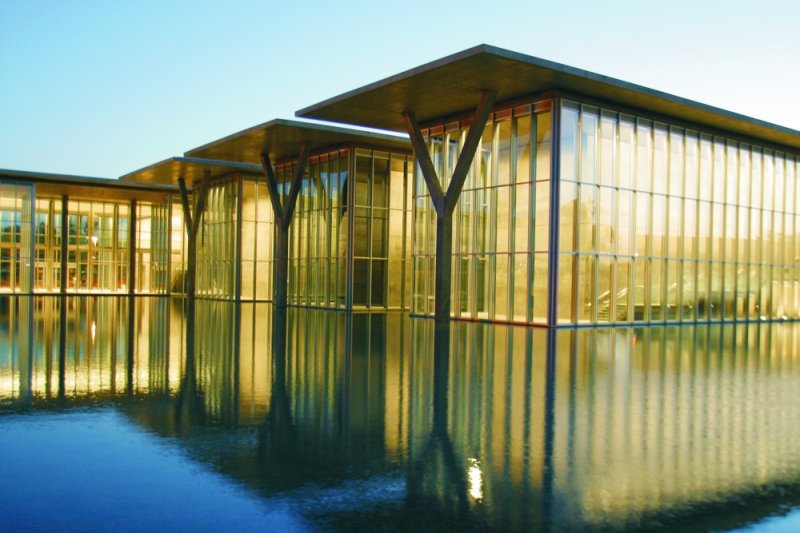 There are a few other exhibits around town worth checking out. At Fort Worth Library (500 W. 3rd St., downtown, 817-871-7720), catch Hidden Views, a multimedia installation by Fort Worth’s Christopher Blay that consists of historic photos, posters, maps, rare books, and other ephemera from the library’s archives. At Gallery 76102 (1401 Jones St., downtown, 817-272-0365), Timothy Harding’s A Certain Shade of the Aftermath, featuring his mixed-media works, is currently on display. At the Fort Worth Community Arts Center (1300 Gendy St., Cultural District, 817-738-1938), several exhibits are currently up, including Sustaining Artists and Their Environment, comprising works in various media by 15 artists. In Arlington, the normally outré F6 Gallery (817-475-7657) is throwing a Super Bowl party in Lincoln Square featuring live music, food, and, of course, lots of art Thursday through Saturday. Admission to any of the aforementioned galleries is, as always, free.

Fort Worth also is home to North Texas’ only all-African-American theater troupe. During Super Bowl weekend, Jubilee Theatre (506 Main St., downtown, 817-338-4411) will present Shakin’ the Mess Outta Misery, Shay Youngblood’s play about a young African-American woman coming of age in the 1960s. Tickets to all performances are only $15.

Amphibian Productions, Circle Theatre, and the legendary Hip Pocket Theater are dark now, but there’s still another theater option. During Super Bowl weekend, Stage West (821 W. Vickery Blvd., Southwest Fort Worth, 817-784-9378) will offer up This, Melissa James Gibson’s comedy about a recently widowed poet whose friends try to fix her up with a new man. Tickets are $15-30.

Spoken word poetry also is a pretty big deal around here. Fort Worth Slams has won several national competitions and is a regular fixture in the 817 spoken-word-poetry scene. At 8:30 p.m. on Fri., Feb. 4, at the Fort Worth Event Center (2100 Evans Ave., South Side, no phone), the team will do what it does best and present a slam, Super Bowl of Slam, and at 7 p.m. on Fri., Feb. 4, National Poetry Slam champion and Fort Worth resident Janean Livingston will recite and talk at Super Bowl Poetry & Comedy Slam at Asian One Performance Hall (2208 New York Ave., Arlington, 817-460-2265). Tickets are $20.

The 817 is also the home base for Texas Ballet Theater and perhaps one of the only Bolshoi-style troupes in the Southwest, Metropolitan Classical Ballet. The Van Cliburn International Piano Competition, Fort Worth Symphony Orchestra, and Fort Worth Opera also have been around for years and make Fort Worth proud.

So now you’ve got something to think about next time someone claims that Fort Worth is populated only by rednecks or, worse, that Dallas is more cosmopolitan.