There’s a silly game of sorts that my friends (male and female) and I play called Celebrity Sandwich. Basically, we go around and say which two celebrities we’d like to have a ménage à trois with –– we’re the meat, and they’re the bread, dig? Since forever, my two pieces of bread have been Marisa Miller and a clone of Marisa Miller. With many woeful apologies to my beautiful wife (whose figure is very Marisa Miller-ish, natch), if that curvy, blonde Victoria’s Secret model and 2008 Sports Illustrated swimsuit edition covergirl were in bed with me, I can’t imagine doing much else other than paying absolute complete and utter attention to her. Another person would just be a distraction. 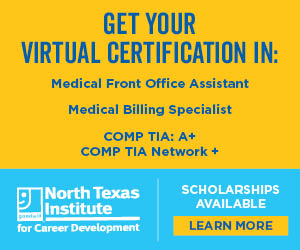 Sweet Marisa will be in Dallas tonight (Monday), hosting a party at some swanky bar. I’m thinking about going, but I probably shouldn’t. Other than her predilection for togging microscopic and/or tight clothing, we have absolutely nothing in common, at least according to MarisaMiller.com. In addition to surfing and music, she likes “cooking,” “riding horses,” and “dancing.” Some of her favorite bands are Led Zeppelin, Linkin Park, Guns ’N Roses, Blink-182, AC/DC, and Pink Floyd. Me? I like drinking, sleeping, drinking, and cruising the internet for images of Marisa Miller. I cannot cook, and I’ve never touched a horse, but, I must say, I am a famously skilled dancer. Just ask me.

As for music, I like Zeppelin, GNR, and Floyd, but I’m supposed to. I’m a heterosexual adult male. Beneath my mature exterior beats the acne-scarred heart of a testosterone-addled teenage boy. I’m not a 30-year-old female supermodel who’s seen the globe, like, a gazillion times. I mean, AC/DC? Blink-182? Linkin Park?! Marisa has been on photo shoots in some of the most exotic spots on the planet, and the best she can do is Linkin freaking Park?! Marisa, I’m not saying I wouldn’t knee-cap my mom for an extra Linkin Park concert ticket for you, but please address your blatant cultural illiteracy immediately. Oh, that’s right. I forgot. You can do whatever you want. Your body is retarded.

I’m afraid that if I meet her, I’m going to spill my life story in the hopes that she becomes impressed/lachrymose enough to invite me to share a cocktail with her. Right. Dream on. Marisa is a bona fide celebrity. She’s not really a household name –– yet and to my colossal bewilderment –– but she’s been around. In addition to numerous Victoria’s Secret catalogs and Sports Illustrated swimsuit editions, she’s also been in a lot of high-circ fashion mags. She no doubt has been trained by her handlers, her evil, treacherous, indolent handlers, to express sympathy only when cameras or micro-cassette recorders are rolling. Definitely not in private. Definitely not over cocktails.

But maybe I should give her more credit. Beneath the wicked glare of the male gaze, the woman for whom the bikini, teddy, and birthday suit were seemingly created would be shirking her civic duty by not modeling, by not having her own web site, by not hosting swanky Dallas parties. The world needs supermodels. We need accessible representations of ideal physicality to aspire to and admire. We also need perfectly proportioned female shoulders, breasts, and hips upon which our arbiters of sartorial taste can drape $1 million diamond-encrusted underwear. If designers and models weren’t here to dress us, I’m convinced, we’d all still be wearing animal skins. So thank you, Marisa Miller, for throwing caution –– and often your clothing –– to the wind and taking on a challenge that makes most women throw up.

But the worst part about her being within driving distance from me is that even if I do go, I’m not gonna get to talk to her. I’m an average Joe, and for a person like me, communicating with an object of affection a galaxy and several dimensions out of reach is a lose-lose situation. Whether we Joes come on either too cool or too eager, we will always appear shrill. Everything we do or don’t do, say or don’t say, manifests toxic desire.

Equal footing is the key. Only when we Joes stand eye to eye with our celebrity dream girls can real rapports be established. To get there, we have three options: star in major motion pictures, win Olympic gold medals, or write and perform insulting, juvenile multi-platinum rock-rap albums.

Now to appeal to a curvy, va-va-va-voomy deity as scholarly and erudite as I know Marisa Miller is, we could just show up at some party she’s hosting and stand awkwardly in the corner ’til she recognizes us.