A small storm has broken out in the Fort Worth school district over nearly identical letters sent by two school board trustees to the Texas House Energy Resources Committee regarding a bill that would put gas wells farther away from local school kids. Oh, and both trustees took ’em back, after word spread of what the letters said.


The bill, HB1556, sponsored by Fort Worth’s Rep. Lon Burnam, would make it illegal to drill such wells closer than 1,200 feet from school property boundaries. That setback is already local district policy, but it currently can be waived by the school board when leasing minerals. Burnam’s bill would make the 1,200-foot limit state law. 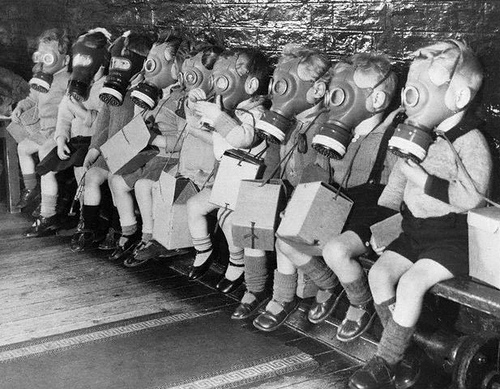 On March 15, the committee received letters opposing the legislation — from Fort Worth trustees Tobi Jackson and Judy Needham. Both letters stated that “The Fort Worth Independent School District, not the state, should have the authority to make its decisions in regards to leasing minerals … .”

Both letters, in their next paragraphs, noted that “The FWISD has already executed many leases that would be negatively impacted by HB1556. In several cases this proposal would make the production of leased minerals physically impossible to produce, thus stranding not only our own minerals but also our neighbors’, resulting in lost tax revenue that is desperately needed right now.”

Attorney Jason Smith — who is representing whistleblower Joe Palazzolo in his fight against the school district — got wind of the letters’ existence and posted a Facebook entry about them that evening. Both Needham and Jackson rescinded the letters the following day, the same day a hearing on the bill was being held.

Local goat farmer and cheesemaker Deborah Rogers, who became a gas drilling activist after emissions from a nearby well, she is convinced, killed some of her livestock, then obtained the letters through an open-records request. And a concerned parent, Mary Jane Debenport, sent them out after that, saying the two trustees seemed to be acting like lobbyists for Chesapeake Energy (which opposes the bill, natch) and suggesting that Jackson and Needham took back the letters because they’d gotten caught.

Tobi Jackson told Static she changed her stance because, “Initially I thought the bill was going to affect all leases, including retroactively, and that was my bad. Once I understood what the bill actually said, I rescinded my letter.”

And, despite the very similar wording of her letter and Needham’s, Jackson said the two didn’t compare notes. “It was my idea, and I wrote it myself,” she said.

(Needham asked Static to put questions into e-mail and then didn’t respond to the written questions.)

The similar wording of the letters and the timing of the backpedaling are, um, interesting coincidences to ponder. But the real question is, what do the letters reveal about how much school trustees are really thinking about the safety of students when they make gas well decisions?