A unique Fort Worth festival was in danger of going belly up just a few months ago when Fort Worth Weekly published “Prairie Fest In Peril” (Nov. 23, 2010). An increasing workload and an exodus of volunteers had Prairie Fest organizers wondering whether they could pull off the sixth annual spring festival at Tandy Hills Natural Area.

Since then, a half-dozen new volunteers, some of them prompted by the Weekly story, have stepped forward to save the day and ensure the city’s “greenest” festival will survive another year. (It starts at 10 a.m. April 23, in the park at 3400 View St.) 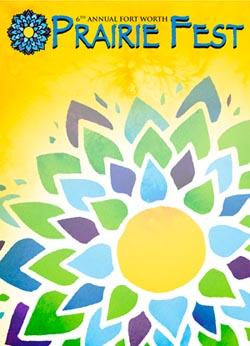 One of those volunteers is former Weekly staff writer Eric Griffey, co-founder of Fort Worth Music Co-op. Griffey took responsibility for booking bands, and this year’s lineup — to perform on two solar-powered stages — features youth and diversity.

That’s good for the festival’s future, said Prairie Fest founder Don Young. “In a sense, we’ve used the city of Fort Worth’s prairie as a protest symbol to get people awake,” he said. “The people who come here and support this festival understand this. I expect to see a lot more young people this year who are starting to embrace it and see it as something really special.” Local bands booked for the festival include My Wooden Leg, Ginny Mac, KatsüK, Pablo and the Hemphill 7, Danny Hill, Clint Niosi, The Ackermans, and Brave Combo.

So the sixth annual festival is a go — but what about next year? Young and his volunteers exhausted themselves in recent years as the festival grew from a small affair in Young’s front yard to a huge gathering at Tandy Hills that requires street closures and security staff. The Friends of Tandy Hills nonprofit group is looking for someone to manage the festival full time. “Prairie Fest is too big for a small organization to handle by itself with volunteers,” Young said. “It has to be a special person who really understands our mission, someone sensitive to our uniqueness. If you look at all the festivals in Fort Worth, I believe every one of them has gas drillers as sponsors. They’ll take money from anyone. Prairie Fest has determined not to do that and not to have a corporate feel to it. Anyone who takes over this festival has to understand that philosophy and continue it.”

The job will pay a salary but, “You’re not going to get rich,” Young said.