The makers of Skateland are all from Longview, and it was filmed mostly in Shreveport and Marshall. Texans will probably find that bit of quasi-local information more interesting than anything that happens in this earnest drama that played at last winter’s Sundance Film Festival and is all too typical of the less substantial coming-of-age stories that screen there.


The main character is Ritchie Wheeler (Shiloh Fernandez), a teenager growing up in East Texas in the 1980s who has just graduated from high school and is spending the summer as an assistant manager at a roller-skating rink. With his parents’ marriage in disarray, it has fallen to his little sister (Haley Ramm) to push Ritchie to apply for college so he can pursue the writing career that he’s vaguely interested in. Still, he’d rather sit back and crack open beers with his friends, namely Michelle (Ashley Greene from the Twilight series) and her brother Brent (Heath Freeman, who’s also a co-writer on this project), a professional motorcycle racer who’s near the end of his career. 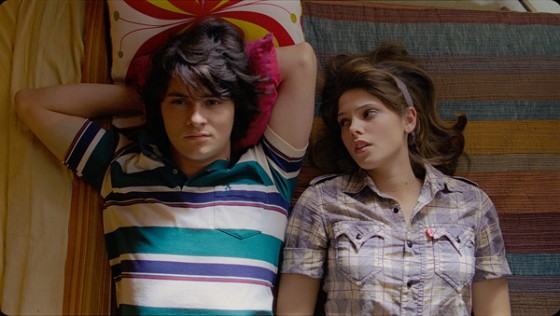 First-time director Anthony Burns does best with the story’s atmosphere. The vibe of this small town where everyone knows everyone is evoked precisely, with the drama playing out against a backdrop of lakes and unpaved back roads. The roller rink feels exactly right, too, as an all-purpose community gathering spot that attracts both little kids and hard-drinking troublemakers. You can tell that much of the film’s budget went toward music rights for the ubiquitous 1980s hits that would have been playing in a place like this.

There’s not much else to this movie, though. Ritchie’s friendship with Michelle turns to love, and it happens so abruptly that the romance seems to come about because the characters have nothing better to do. The lead actors aren’t terrible (which is better than you can say for Fernandez’ work in the recent Red Riding Hood), but they don’t have enough chemistry to fill in the blanks in this script. The pacing is indifferent, and the plot takes a tragic twist late in the film that the rest of the movie doesn’t come close to earning. External events pretty much force Ritchie to move forward with his life, and while that may be true to the character, it makes the protagonist irritatingly passive. Ritchie never seems driven by any dissatisfaction with his small-town life or indeed by any sort of strong desire for anything. He’s just a lump.

All this makes the movie’s atmosphere come off like so much empty nostalgia. What’s so specific about the decade that the movie needs to be set during that time? Maybe the filmmakers just wanted to show the hero typing away on a Commodore 64 and put all the girls in shoulder pads and feathered hairdos. Aimless drift in the 1980s has already been covered by the magnificent Adventureland and even last month’s Take Me Home Tonight. Compared to those films, Skateland isn’t unpleasant, but it’s an unproductive exercise in slacker ennui.