Everybody breathe a sigh of relief: This is my very last Chow, Baby column ever.

I’ll first answer the question that has occupied a full third of my e-mail: So what is Chow, Baby — gay, straight, male, female? Pencils down: Chow, Baby is a devastatingly handsome, charming, and somewhat androgynous young man, mostly gay but highly appreciative of feminine beauty too. However, the person who writes Chow, Baby is a straight female — a freelance writer/editor by the name of Christy Goldfinch, who began this gig as a curvy green-eyed thirtysomething redhead and is ending it more than 10 years later as a chunky red-eyed fortysomething grayhead. And it’s all
your fault. 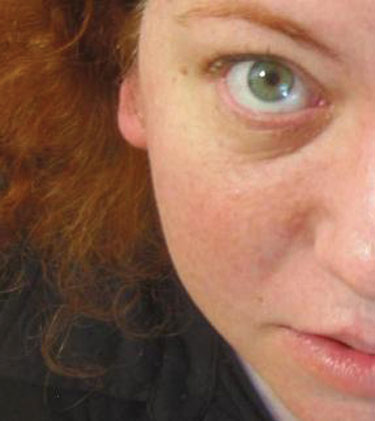 Other than age, good looks, gender, and sexual orientation, Chow, Baby (as its backstory has developed over the years) and its writer have much in common. Indeed, it was love at first sight. On Jan. 8, 2001, my first day as entertainment editor at the Weekly, then-editor-in-chief John Forsyth was explaining my duties: “… Oh, and you’ll be taking over the Chow, Baby column, too; I’m tired of it.” Tired of it? Getting paid to eat and blab about it? How could anybody ever get tired of such a great gig?

And just when I no longer care, the Best Burgers Ever started flooding Tarrant in a juicy wave. Ooh, Five Guys is here! Ooh, Mooyah is here! Ooh, Smashburger is here! They’re all good, even Smashburger, but I felt less and less excitement with each grand opening. And now it’s In-N-Out. A couple of weeks ago, I was sitting at Delaney’s with a great view of the construction goings-on at the site of Fort Worth’s very own In-N-Out burger, scheduled to open … I don’t actually know when. Because I don’t much care. How can a restaurant critic not be excited about the greatest thing ever to happen to burger lovers? Ever!!! Yeah, when you’re as burnt out as a Clown Burger, it’s time to go.

At this point, I’d be just as happy if I ate every single remaining burger of my lifetime at Fred’s or M&O. For 10 years I’ve visited two new restaurants a week (and dined on leftovers the other days), only rarely going back to the ones I love. I’m done playing the field. I’m ready to settle down. The beloved, who was such a fixture at his neighborhood deli in Chicago that they named a sandwich after him, shares my dream of spending every Friday night at Chadra’s lamb buffet, every Sunday at ABC Seafood’s dim sum, and weeknights at Mamma Mia’s, Semirami, and Iraqi Restaurant. We’ll be regulars! It’ll be tough paying for all this ourselves, but we can help the budget by actually cooking at home sometimes. Thanks to Country Meat Market I can make a perfect rib-eye, and maybe with some practice I can expand beyond three-step recipes. Who knows? I’d like to try.

I had all my buddy-cop jokes (“You do remind me a little of Hooch”; “Hooch is crazy!”) sketched out for a story idea wherein I’d go for a ride-along with a restaurant inspector. That would surely be both funny and gross. I mean, educational. But I never got around to contacting the relevant city department, so here, I offer this idea to DFW.com writers as an apology for dissing their stupid burger series that killed all my enthusiasm for my job.

Speaking of apologies, I’m sorry I won’t be doing the Yom Kippur forgive-me column this year. Maybe I just caught Little Germany and Danny D’s on a bad day and owe them a revisit. And I was mean to Jean Michel Sakouhi back in March, saying his So7 restaurant “probably won’t be around long” … whoops, darn, it’s out of business already, before I could get to Paris to compare his coq au vin to the real thing. Tax-deductible international research trips, I’ll miss you most of all.

Ah, the obligatory shout-out section of a final column. Skim the bold for your name, then skip to the
next section. 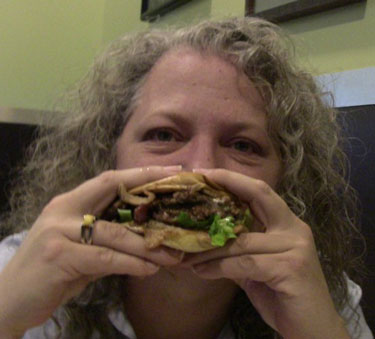 Like restaurant general managers and kitchen expediters, there’s a huge support staff behind the Chow, Baby scenes. Cruising around wouldn’t be nearly as much fun without the fantabulous Chowbabymobile,
henceforth to be known by his real name, Perfect Tommy. And I wouldn’t have known where to go without dedicated legpeople like TCU Joe, Chow, Baby’s lead Asian-eateries correspondent from 2004 to 2006, when he retired to (where else) Hawaii. If the column’s taken a turn toward the Middle East in the last few years, blame senior executive legman Michael B., spotter of Al Wadi, Prince Lebanese, Café Medi, and the good parts of Terra, though he also has great taste for barbecue, sushi, and Salsa Fuego. Geographic leggers have kept a watchful eye in SUV-dominant areas where the teeny Chowbabymobile fears to tread —for example, Dr. Leslie and before her Steven A. kept me well grand-opening informed in scary Grapevine.

Those are some of the regulars, but dozens, even hundreds, of other readers have written in at least once to tell me about a worthy diner or dive that is now a fave of mine, too, and I hope yours  — for last week’s column, let’s all tip a hat to Dr. Allan for Gogo Gumbo and egg nebula for Donnie’s. And each and every week I am ably assisted by The Beloved — henceforth to be known by his real name, Frank Whetstine — who is not only a great cook (thank goodness) but also a mad inventor and a guitar-fixing genius (that’s Sound Repair, in convenient East Fort Worth, 972-243-1752).

I’ve also gotten lots of help from an unexpected source. Having spent my entire publishing career on the editorial side, I used to think public relations folks were as evil as their marketing and advertising sisters, prancing around in their short skirts and black tights (my mental image is fixed in the early 1990s), touting half-truths to dupe consumers into buying crap. In fact, PR-sters Heather Senter for Central Market, Maribeth Ashley for Ruffino’s, Beth Hutson for lots of places, Julie Hatch for lots of places, and many others played it totally straight with me, helped me with — what do you call them — facts, and yet didn’t get mad if I had to rag on their restaurant for some perceived flaw. It’s a tough job, and I have a lot more respect for it now.

I gushingly thank my editor, Gayle Reaves, first for letting me continue to write this column after I quit my Weekly day job in 2002 to go freelance. And I marvel that this serious-news journalist (a Pulitzer Prize winner, even) has let me be as silly as I wanted over the years. (I’m off to Peru to see what cabrito means there! I want to write a column like a movie script! I’m a helicopter!) I can’t imagine how hard that was for her at times.

In my 25 years in this business, which has encompassed alt-weeklies, big-city dailies, and national magazines, I have never met a publisher like our Lee Newquist, who has said to my face, more than once, “Thanks a lot — you just pissed off yet another advertiser.” Actually most of my publishers have said that, but only Lee has never tried to muzzle me. You notice that most advertising-dependent publications never run negative reviews (the worst you get is a nod like “a tad too much caraway”), but Lee is playing a
long game and I respect him mightily for it.

Almost finally, thanks to Chow, Mere; Chow, Pere; and the City of New Orleans for teaching me how to eat.

The last thank-you for helping me do my job goes to Tarrant County itself. I don’t know what it is — the diversity of its chefs, the adventurousness of its diners, generous city codes, something in the water — but I have never seen as vibrant a food culture as ours. Not even in New Orleans. OK, maybe in New York, and actually Dublin was more multi-culti than I expected. But not in any city near our size. It’s been an honor and a great privilege to be a professional eater here.

I’ve always wanted to direct. Also I might try writing something without random phrases in bold, though using the first person is more challenging than I thought. (Chow, Baby was intended to be sort of a voice of the people, representing the food-adventure lovers of Tarrant. Why should anyone care what I, I, I think?) Oh, you mean what’s next for this space? I don’t know. Could be a different column; same column, different writer; dancing ponies. Tune in next week and see.

So: Anybody want to buy a well-used but well-loved leftovers fridge? No extra charge for the stains, or for the stories behind them.