For the first time since the Barnett Shale started booming, state regulators are acknowledging the impact of gas drilling on the attempts to remove certain cancer-causing chemicals from North Texas’ smoggy skies — but a major local grassroots environmental group says the nod isn’t nearly enough.


The Downwinders at Risk last week released a report estimating that Barnett Shale drillers could make $52 million annually by doing things like replacing valves on pipelines, tanks, and other industry equipment –– and, in the process, removing a large portion of the volatile organic compounds (VOCs) that the industry has been intentionally and unintentionally releasing into the air for years.

The report, done by environmental engineer Dr. Melanie Sattler, is part of the Downwinders’ Fair Share campaign, in which the group has been asking local governments to write to the Texas Commission on Environmental Quality, demanding that the agency take steps to control gas industry emissions to help bring nine North Texas counties into compliance with federal Clean Air Act requirements. 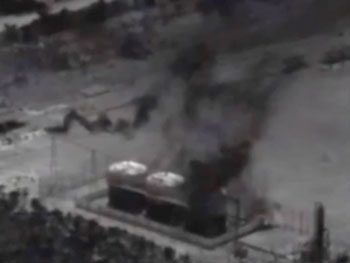 Dallas County and the towns of Flower Mound, DISH, and Bartonville have passed those resolutions, and Downwinders director Jim Schermbeck said other towns and possibly commissioners in Tarrant and Parker counties will be asked to approve similar measures soon.

At least as important as the individual community resolutions, Schermbeck said, is a letter to TCEQ approved by the Clean Air Steering Committee of the North Central Texas Council of Governments.

Fort Worth City Council member Jungus Jordan took a lead role, Schermbeck said, in formulating the letter that asks TCEQ to make sure its regulation of the gas industry is adequate and to institute here a stricter version of a rule already being applied in Houston, to control pollution from the gas industry’s condensate storage tanks that are now found all over the Barnett Shale.

Jordan said on Monday that he will ask the city council to endorse the letter. The measure also asks TCEQ to “formalize” a list of “best practices” acknowledged by the drilling industry to reduce air pollution. “This is low-hanging fruit,” he said — things that should be easily instituted.

TCEQ commissioners are due to approve releasing the clean-air proposal for public comment on Wednesday, June 8. Then in July, the agency plans to hold two hearings on it in Fort Worth.

About two weeks ago, late on a Friday, Schermbeck said, TCEQ released a lot of documents related to what it plans to include in that clean-air attainment plan. Buried in that “document dump,” he said, was a revision that, for the first time, acknowledged that VOCs from gas drilling need to be reduced.

The Downwinders, in a release, called TCEQ’s proposed cuts in drilling-related pollution “modest” — the removal of 14 tons per day of VOC from the 100-plus tons per day now being emitted by gas industry activities. The release quoted TCEQ conclusions that gas industry pollution now accounts for more tons of VOC pollution annually than all the cars and trucks in the Dallas-Fort Worth area combined. But because the industry has grown so fast, the problem was not addressed in previous versions of the air quality plan.

“That’s a little crumb toward reducing VOCs in the shale,” said Schermbeck, who represents Downwinders on the oil and gas subcommittee of the clean-air panel. Jordan chairs the subcommittee.

Sattler’s report, Schermbeck said, makes it clear that those emissions could be reduced by up to 90 tons per day if the industry adopted practices that would quickly pay for themselves. Sattler, an environmental engineer at the University of Texas at Arlington, helped draw up earlier versions of the North Texas clean-air plan.

One of the easiest things for the industry to fix would also be one of the most rewarding in terms of reducing pollution, Schermbeck said. That would be for the state to require the industry to retrofit its equipment to get rid of the valves and other mechanisms that Schermbeck said “intentionally leak natural gas due to the way that they work.” Those valves, he said, are the “largest source of VOCs in the gas field.”

Calvin Tillman, the former mayor of DISH, said that contracts involving gas drilling operations acknowledge that a certain percentage of gas being moved or handled will be lost –– that is, emitted as pollution –– as a matter of course. In many cases, the expected loss figure may be 2 or 3 percent, he said, but in other cases, such as with older pipelines, the expected loss figure can be as high as 25 percent.

Chip Minty, a spokesman for Devon Energy, regarded as a leader in the use of more environmentally clean technology in shale operations, said his company already uses what are called “low-bleed” valves as well as the process called green completions. In that process, gas that once would have been flared –– incompletely burned off –– at the end of the drilling process is captured instead.

Minty said Devon long ago signed onto the federal Environmental Protection Agency’s program that facilitates reduction of pollution. “We do believe that creating efficiencies and reducing emissions is something that allows us to be more profitable,” he said.

The letter sent to TCEQ by the Clean Air Steering Committee asks that the commission apply in North Texas a rule requiring that 95 percent of VOC emissions from condensate tanks be controlled. At Jordan’s suggestion, the letter asks that the rule apply to more tanks than are covered in Houston.

The difference in pollution reduction achieved “would not be inconsiderable,” Schermbeck said.

Jordan said he considers Fort Worth to be a pacesetter in dealing with the environmental effects of urban drilling –– an opinion not shared by drilling opponents who have fought, often with little result, to convince Fort Worth to more strictly regulate that industry.

“We are all passionate about the air we breathe,” Jordan said. He said the city’s commissioning of its own drilling-related air quality study –– with results due out this month –– is an indicator of how seriously the council takes the problem.

Jordan took issue with the stance described to Fort Worth Weekly by city staffers that the city legally can take no role in protecting the health or public safety of its citizens from drilling-related dangers because those powers are reserved to the state. Drilling is so pervasive here that that most homes are now less than a mile from a well.

“That is certainly not the position of Jungus Jordan,” he said. “Our position from a council standpoint is that we do everything within our legal power to protect public safety and environmental quality.”

And when the power lies with other agencies, he said, the city does all it can to make sure those agencies act properly.

“Maintaining public safety is our number-one job,” he said.