If you missed any of the performances from the recently ended season of Metropolitan Opera broadcasts, you can catch them now in a summer encore series running each Wednesday. Better still, they’re playing in some theaters that didn’t have them earlier in the year. Tonight’s performance is Verdi’s Simon Boccanegra, with Plácido Domingo singing the baritone leading role. The performance is at 6:30pm at various theaters; check Calendar for locations. Tickets are $18-25. Call 213-639-6166. 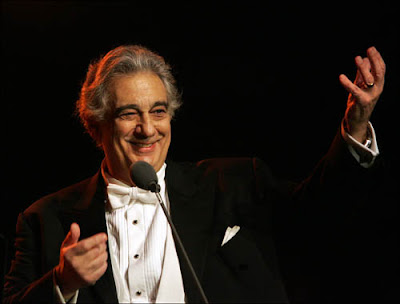 What does bowling look like when it’s played in a football stadium? We’ll get an answer to that question, amazingly enough, when the finals of the Bowling U.S. Women’s Open come to Cowboys Stadium this evening. Apparently, the lanes will all be located between the 40-yard lines. Last year’s champion, Kelly Kulick, will be on hand to defend her title. The event is at 7pm at 1 Legends Way, Arlington. Tickets are $20. Call 800-745-3000.

Pantagleize’s musical comedy revue Panty Glee last April must have been a success, because they’re staging a sequel. Panty Glee: First Friday Funnies … Again? The Bilge Pumps will supply the music as the original revue’s pirates take over a radio station. The show is at 7pm Jul 1 and 8 at 1115 W Rio Grande St, FW. Tickets are $10-15. Call 817-472-0032.

The list of great chess movies is rather limited, so chess fans should be happy for Queen to Play showing at the Modern this weekend. Caroline Bottaro’s well-received drama stars Sandrine Bonnaire as a chambermaid at a French luxury hotel who escapes her life of poverty when she starts taking chess lessons from an American guest (Kevin Kline in an entirely French-language role). The movie shows Fri-Sun at 3200 Darnell St, FW. Tickets are $6.50-8.50. Call 817-738-9215.

Looks like the men’s finals at Wimbledon will feature the usual suspects (Nadal, Federer, Djokovic), but God only knows which of the women will make it through to that last date on center court. The Rave Motion Pictures at North East Mall will broadcast both matches this weekend live, for people willing to keep Greenwich Mean Time for a weekend. If only the theater served strawberries and cream! The broadcasts are at 8am Sat-Sun at 1101 Melbourne Rd, Hurst. Tickets are $18. Call 817-591-8594.

You’ll have your pick of fireworks shows going on this evening, but LaGrave Field looks like the place to be on the 4th. There you’ll not only have the Fort Worth Cats’ game and post-game concert featuring the Stoneleighs but also the Fort Worth Fourth celebration nearby with jet ski shows and pony rides. The festivities start at 5:30pm at 301 NE 6th St, FW. Admission is free.

The Rave theater at North East Mall presents free family films on Tuesdays and Wednesdays through the month of July. Unfortunately, most of the movies being offered are pretty bad, but this week’s showing of last year’s Ramona and Beezus is easily the best of the lot. Selena Gomez fans can pair it up with her new movie, Monte Carlo. The movie is at 10am Jul 5-6 at 1101 Melbourne Rd, Hurst. Admission is free. Call 817-589-9603.