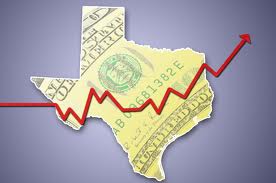 nny Scarth was downright chatty during this week’s council meeting, proudly describing the 11 months of deliberation that went into establishing Fort Worth’s $1.4 billion budget for fiscal 2012. The budget is balanced, requires no increase in the property tax rate, and includes a 3 percent raise for general employees, who have done without for the past couple of years.

Before voting on the budget, Scarth delivered a long speech with glowing phrases such as “judicious and prudent” and “consistent and stable” to describe the number-crunching the city has done “to use our dollars more wisely.”

But afterward, Scarth wasn’t so eloquent — and not nearly as long-winded — when Weekly muckraker Jeff Prince asked him about the $2,632 in overdue property taxes that the elected official owes. The sum represents about $2,017 in unpaid taxes from 2010, plus $614 in late charges.

Prince: Why do you owe unpaid taxes?

Prince: Do you plan on paying them?

Prince: Do you have a plan in mind?

Scarth: Sure do. Thank you.

Scarth then rolled away in his wheelchair before Prince could ask his last question: Should an elected city official be behind on his taxes?

So the reporter instead posed the question to Peter Fletcher, an Eastside resident who lives in Scarth’s district. Fletcher thinks it’s “a shame” that someone who’s  helping balance the city budget can’t or won’t pay taxes (this isn’t the first time Scarth has let his tax bill go overdue).

“He seems to have done this sort of thing a good deal over the years,” Fletcher said. “This raises the question, how he can be expected to be involved in ‘leading the city’ in regard to the city budget and other fiscal matters? In just three months he has added 30.47 percent to the amount he owes. No wonder little gets done for District 4 if he can’t get his taxes paid.”