I’m a fan of entertainment districts, especially on weekends. When it comes to weekday drinking, however, nothing beats a neighborhood pub.


I’m probably over-thinking this, because beer is beer and drunk is drunk, and you can get both just about anywhere, whether at a place like Grace for happy hour or out of a paper bag in the parking lot before work. For me, though, I like the experience of drinking as much as I like the loose feeling in my shoulders after a couple (five) shots of whiskey; I mean, I can plow through a six-pack on my couch and feel sad and tragic, but my living room lacks the ambience of stale cigarette smoke and somebody else’s dreadful jukebox picks. 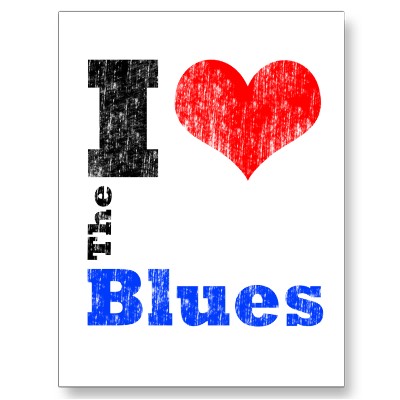 I also like being around people, and I argue that people are what neighborhood pubs are all about. Or regulars, anyway. While regulars are integral to most bars, they are particularly integral to the one down the street from your house. And I was reminded of this during a recent trip to Ye Olde Bull & Bush. I hadn’t been to the longstanding Cultural District haunt for a really long time. It was a weeknight, and it was busy. Not packed per se but noisy, with a bunch of people who seemed to go there all the time — in other words, most of them knew the bartender and were at least casually familiar with everyone else.

Except me, of course. If there’s one thing about a bar that’ll make you feel like a tourist, it’s the easy rapport that flows among regulars and gives you a wide berth. Not that the Bull & Bush isn’t welcoming. The dude behind the bar was happy to get me a pint, but I could tell he was probably more enthused about serving the people he sees every shift than some random person asking, “What’s on special tonight?” Still, the Bull & Bush is the kind of pub you want to be a regular at. It’s small and intimate, like you’re drinking at someone’s house, except there are more dartboards and a better beer selection. And while I’ve never been to an authentic British pub (I’ve never been to Blighty, though I kind of like Led Zeppelin), I get the feeling that Bull & Bush’s camaraderie-espousing vibe, size, and atmosphere (cigarette smoke, Boddingtons on tap, Scottish flag on the wall) more accurately capture what a pub in the U.K. is like. If you’re looking for a new spot to make friends, spend a few nights at Ye Olde Bull & Bush. Just mind the darts. ––Steve Steward

Judging by the handful of responses to the chunk of my column last week knocking Stevie Ray Vaughn, you’d think I’d set an American flag on fire and put it out with my own urine — I mean, people were really steamed. One of these e-mail writers actually suggested a bounty was now on my head, a fatwa from some blues-loving imam.

What’s funny to me is that none of the e-mails addressed the whole point of the back half of the column, in which I solicited reader suggestions for the best blues jam in town. I’m not really surprised, though –– the way in which I couched my distaste for SRV was pretty much the written equivalent of a sneer; I can see where you’d miss the part in which I posited that anyone who could learn Stevie’s licks was capable of genuine greatness and that I’d like to know who it was so I could check him (or her) out.

I’m not sorry that I don’t get excited about Stevie Ray, but that’s just my opinion. Lots of people think he’s awesome, and if you count yourself among them, good for you. All of the e-mails implied that a bunch of you SRV devotees went to your favorite watering holes after my column came out and got really drunk and angry about my having my head up my ass; on the plus side, you probably spent a lot of money — I hope you tipped your bartender. At the end of the night, that’s all I really care about, anyway. And if you went to the jam at Keys Lounge or the Poop Deck or wherever, I hope you played the best and most furious sets of your lives. I’d have loved to have seen it, even if it meant having to watch my back. –– Stevie Ray Steward