People in the Mallard Cove neighborhood of East Fort Worth are awfully self-centered. They funnel many thousands of dollars into their biggest asset — their  homes — and then get all persnickety when somebody tries to plop noisy, toxin-belching compressor stations next door. Residents are afraid they’ll see drastic reductions in their property values. Constant noise might ruin their quality of life. Vibrations from the compressors might ceaselessly rattle their houses, windows, and pots and pans. And airborne toxins might make their children bleed from the nose. What a bunch of whiners. 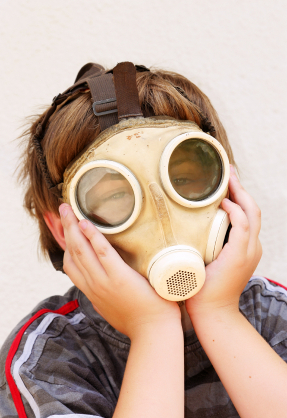 On the bright side, the gas drillers probably won’t be coming over to borrow a cup of sugar anytime soon.

The Fort Worth League of Neighborhoods is urging the Fort Worth Zoning Commission to deny a rezoning request that would pave the way for an industrial site with up to 15 compressor stations near Randol Mill Road and East Loop 820. Mallard Cove residents have already been battling an adjacent sand mining operation (“Dust-Up,” July 28, 2011) and now they’re facing the prospect of living in a nightmare situation a la DISH, the little town north of Fort Worth that got so littered with compressor stations that residents began getting sick from fumes.

“I have looked at the zoning of the immediate area, and what I see is all residential [zoning] or neighborhood-friendly business [zoning] and no heavy industrial,” said homeowner Jim Ashford, adding that the zoning change “is not in the interest of the health and well-being of the neighborhood either financially or from a health and safety stand point for the citizens.”

He said putting compressor stations next to homes creates “a killing zone.”

League of Neighborhoods president Libby Willis described the rezoning request as unusual and counter to the city’s comprehensive development plan. “We are unaware of another location in Fort Worth where 15 gas line compressors are planned for one site and are so close to residential properties and neighborhoods,” she said.