Let’s hope the Fort Worth Cats still have some of their nine lives left. The city’s oldest and most popular sports team is in danger of folding. If the Cats get skinned, that’s a lot of history down the drain, seeing as how they played their first game here in 1888. 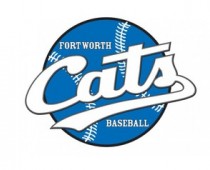 The team died in 1959 but roared back to life in 2001. Times were good. This three-year recession, however, is pinching current owner Carl Bell. He’s seeking a buyer, but prospects have been “hindered by the challenges of the current financial climate,” he says on the team’s web site.

This summer’s record heat wave didn’t help. The Cats typically enjoy strong support from fans, but blazing temperatures knocked down attendance by almost half. “Out of 50 home games, more than 35 had a first-pitch temperature of 100 degrees or higher,” Bell said.

Still, he is hopeful the financing will come through and the Cats will still be playing at LaGrave Field in 2012. “It would be a shame for these treasures to go away,” he said.

At Least It’s Not Humid

Houston is a city of industry, home to a large portion of the nation’s petrochemical production. Naturally, that city’s smog problem rivals … gasp … cough … Los Angeles. Living in Houston would suck if you liked breathing. Good thing we live here in the Fort Worth-Dallas metropolitan area. Our smog is … well, let’s see here … how do we compare? Oh.

Downwinders at Risk breaks the news that we now top Houston as the smoggiest hellhole in Texas.

Static doesn’t like to point fingers because the editorial staff collectively writes this column, and with that many fingers being pointed at once, somebody could lose an eye. But if Static were inclined to point, many fingers would be directed at the natural gas industry, which contributes greatly to air problems but uses its hefty lobbying power to prevent laws being passed that would require more environmental oversight (see the story above). That’s something the industry learned more than a century ago: Pay off politicians, and you don’t have to worry about being regulated.

Drillers would rather pay millions of dollars for legislative protection, and donate millions more to schools and charities to try to win public support, than spend money to clean up their act. Just as complicit in this slow death by poisoning is the Fort Worth City Council, which for years has bent over backward to accommodate the drilling industry as it turns neighborhoods into industrial armpits.