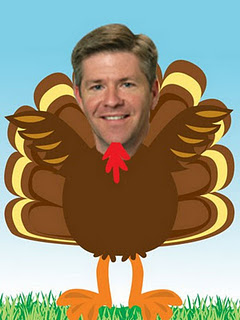 (You know, that project that’s going to cost $900 million to prevent flooding even though the last big flood around these parts was back around 19-and-49.) TRV Executive Director J.D. Granger promised to show up for the panel discussion and take questions from the crowd weeks in advance, but he cancelled at the last minute. The crowd booed heartily at the mere mention of his name. “He’s a gutless wonder,” shouted one.

He might lack guts, but he’s got gall. The latest issue of the TRV’s quarterly newspaper includes an article entitled “Need a Speaker?” The TRV promises to provide one to any group free of charge for a 40-minute narration. Unless of course they hear that the crowd might include people who want to question flood control disguised as economic development or question the no-bid sweetheart deal the TRV gave local chef Tim Love for his Woodshed restaurant on the Trinity River or question the … well, you get the idea.

Remember when American Airlines labor groups came together in 2003 and agreed to financial concessions to help the struggling AMR Corp mothership stay afloat during tough times? The 9/11 bombings had sent the airline industry into a tailspin, and subsequent increases in fuel prices followed by a recession created more hardships. Times have been really tough at American Airlines unless you’re an executive. Those dudes have done well for themselves. (CEO Gerard Arpey, who just resigned, hauled in about $15 million in salary and bonuses during the past five years or so.)

The company assured union employees that their sacrifices would be appreciated and remembered. Meanwhile, nearly every other airline was busy filing Chapter 11 bankruptcy and “restructuring,” which is a fancy word for shedding obligations regarding salaries and pensions. American Airlines ended up with some of the highest overhead costs in the industry and an outdated fleet with poor fuel efficiency in an era of soaring jet fuel costs. So they laid off employees, retired planes, whittled at overhead costs, nickel-and-dimed passengers with various fees — and still lost buckets of money. Meanwhile, pilots and other union employees clamored for new and better contracts. So American Airlines called a legal timeout.

“They’ve got a huge mountain to climb,” said Bernard Weinstein, an economist at Southern Methodist University. He predicts that American Airlines could become a merger prospect if it comes out of bankruptcy. In other words, employees, shareholders, and bondholders might suffer, but passengers shouldn’t notice much difference.