As the Fort Worth school district struggles with its latest scandal — this one involving Dunbar High School — it’s apparent that some officials in the district are unclear on the concept of what they are required to do when child abuse is suspected. Failing to understand this puts both our children and school personnel at risk — the one at risk of abuse, the other at risk of breaking the law themselves by their failure to act. 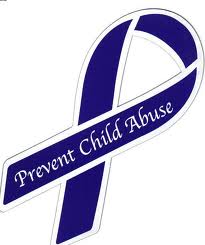 Certainly by now Fort Worth district administrators are aware that the principal at Dunbar has admitted to pinching the nipples of male students and photographing some of them shirtless. As a registered nurse, psychotherapist, and mediator who has worked off and on with students for the last 40 years, I can clearly state that there is no option in a situation like this: School officials must make a report to the Texas Department of Protective and Regulatory Services and allow that agency to investigate. Whatever personnel actions the district decides to take as a result of these revelations is separate from making that all-important report to the state. This requirement is made clear by the Texas attorney general’s office, on its web site, and also on the web sites of teacher organizations.

We all have the responsibility to protect our children from harm, and adults should understand this. Every parent and neighbor, every teacher, nurse, counselor, and paraprofessional needs to learn the legal requirements to report suspected abuse — whether physical, mental, emotional, or sexual — and how to properly make such a report.

If any form of abuse to a child younger than 18 is suspected, you must report that abuse or neglect to authorities by calling the Child Abuse Hotline at 800-252-5400 or by calling a local law enforcement agency.

The school district may require teachers to report suspected abuse to a supervisor, but let’s be clear — that is not legally sufficient. The law requires reporting suspected abuse to TDPRS within 48 hours — and school district rules may not undermine that. Failure to report is a misdemeanor punishable by imprisonment of up to 180 days and/or a fine of up to $2,000. Additionally, professionals who fail to report can lose their professional licenses and could be sued.

Note that those who report possible child abuse are not required by law to investigate the situation or to confront the alleged abusers. What child protection officials need is as many facts as you can provide — the victim’s name, address, and contact information; the name of the school the child attends; how you know or are related to the child; and whether the child has reported the abuse to anyone else. It is also helpful to repeat, objectively and as close to verbatim as possible, whatever the child told you.

Even if your information does not result in decisive action by the investigator, it could help establish a pattern of behavior, if there is another outcry by the victim.

State law and Texas Education Agency rules also require school districts to develop policies and provide continuing education on child victimization and reporting rules. The current scandal here and the consequences to the staff at Penn State University both demonstrate the consequences of schools trying to “handle” such matters internally.

Clearly the district’s old way of handling child abuse cases has placed first-responders — teachers and counselors — in jeopardy as well as the victims. Fort Worth school officials have a duty to implement improved policies that fulfill what is required by law and TEA regulations.

Attempting to protect an employee’s career while ignoring or downplaying child abuse allegations is downright wrong. This is not about protecting anyone’s career. It is about protecting the students from inappropriate behavior by an adult in a role of authority toward children. District administrators must make protecting our children their first priority.

In the last four decades, I have twice had reason to report child abuse to a state protective agency because of what I learned in a professional role. In one case I felt relieved to be able to hand on the responsibility; in the other, I was desperate to help a young woman in my family.  While both situations were difficult, I was glad I made the reports. It was the right thing to do. And it was my duty.