Say what you want about the south side of West 7th Street. At least Fred’s is there. While you hear about the shiny shops and chef-driven restaurant concepts struggling to stay open, Fred’s is still consistently awesome and busy, a bustling oasis of Fort Worth culture, great grub, and “cold-ass” beer. When the Trinity River Vision’s much ballyhooed Trinity Uptown (or Central City or whatever it’ll be known as) finally opens for business, I hope the NOS Bar gets to be that neighborhood’s version of Fred’s. 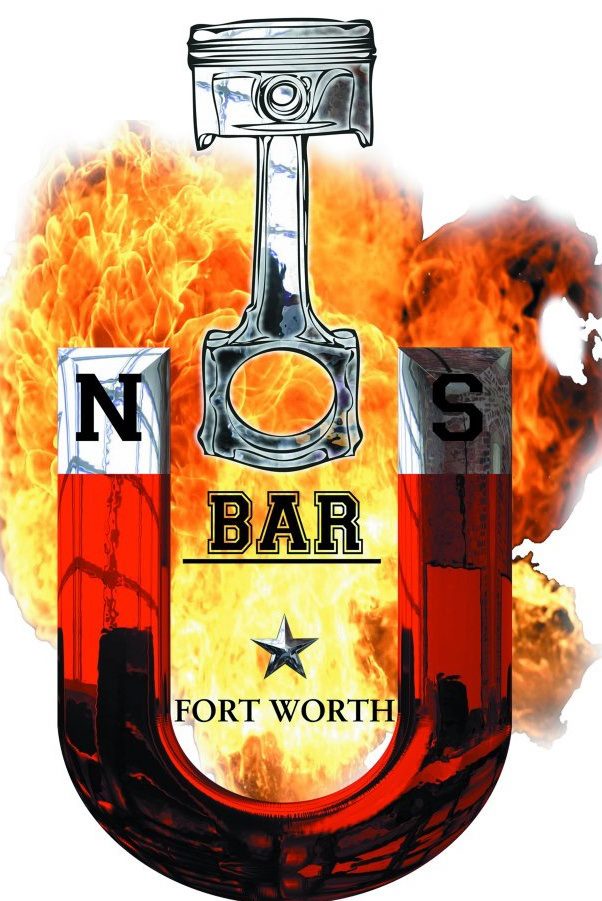 Of course, Fred’s has been around for years and years and years, stubbornly withstanding fires, thieves, a tornado, and pushy developers. By contrast, NOS Bar is relatively new, except that it kind of isn’t — its initials stand for New Old Stock, which basically acknowledges that it’s the spiritual successor to the business that previously inhabited the space, the now defunct J&J’s Blues Bar.

Spiritual successor is sort of an understatement; not only does NOS occupy J&J’s old space, the joint actually still wears a lot of J&J’s signage, and it has kept a lot of the old bar’s regulars. If you never went to the old place, NOS will be sort of hard to find — going north on Henderson Street from downtown, you hang a right immediately after you cross the river and head toward the Fort Worth Police Academy on a darkened road. The bar, a big building hulking in the dark, is on your left. Personally, I’d never been to J&J’s. I’ve made no secret about my antipathy toward Stevie Ray Vaughan, and way back when, a trip to J&J’s seemed like it might be an SRV-infused nightmare.

I’m sure, though, that I was being patently unfair, because I went to NOS on Friday night at the tail end of happy hour, and while the evening’s entertainment didn’t really appeal to me (it was a blues band, and I just wasn’t in the mood for it), the room sure did. The inherited look — think Lola’s mixed with a San Marcos icehouse — and the vibe made me wish I hadn’t been such a snob about the old place. The bar’s just comfortable. There’s a pool table, a Galaga cabinet, and a plethora of roadhouse-type décor (hubcaps on the walls). I gathered that the stage was fairly new, and it looked wider and deeper than Lola’s, though that may be because Lola’s stage is hemmed in by two walls — NOS Bar’s is open on the sides. More importantly, the room’s PA system looked pretty legit. I mentioned this to bartender Mik Lane, who also books the shows at NOS, and he went on at length about how the place wants to move beyond the blues jams and cover bands that J&J’s lived on. I’m a little leery of every bar in town having aspirations of being a full-on venue, but given the size of the room and the sound equipment, NOS has a legitimate claim. And unlike many other neighborhoods around town, NOS Bar has plenty of parking spaces, including on the mostly empty streets on the north and east sides.

Currently, NOS is open Wednesdays through Sundays; Wednesday nights feature a jam led by the Tommy Katona Trio and whoever else wants to play, while the rest of the week is open for multi-band bills, though the current calendar is mostly full of cover bands; Velvet Love Box and Led Zep tribute Swan Song are scheduled. Lane said he’d like to avoid getting pigeonholed, and he’s open to booking all types of music. My guess is that the first bands to jump on this will be country bands — that’s more or less how the Wild Rooster started out before it got some rock bands onstage. With The Moon’s future in flux, Fort Worth can use another venue, especially one with the size and sound capability to accommodate the city’s better bands. And when the Central City project makes a bid to become Texas’ Other River Walk, the NOS Bar might be the best reason for dive-minded people to make the trek. –– Steve Steward