The big news this week is the fate of The Moon and the evolution of the Ridglea Theater. When FortLive.com published a scathing editorial about city councilman W.B. “Zim” Zimmerman’s machinations in blocking the zoning change that would allow the Ridglea, The Moon, and the Ridglea Bar to be bar-bars, I wasted no time spreading the link on Facebook and Twitter. I even called the phone number listed on Zimmerman’s web site and left a message expressing my displeasure at his attempts to stymie what could be a huge boost to for Fort Worth’s stature in the Texas music community. 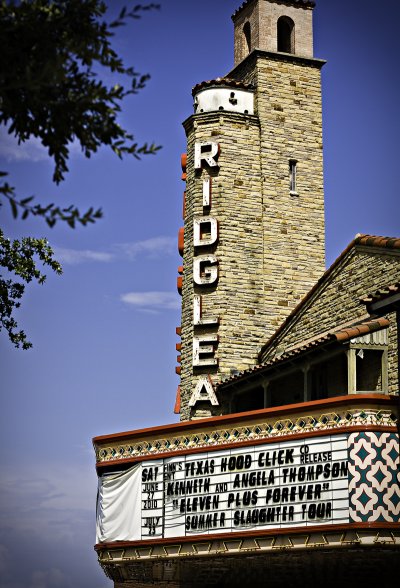 The comments piled up. By lunchtime, I had around 40 remarks, most of which painted Zimmerman as this plutocratic good ol’ boy, doing his utmost to crush the hopes of scores of Fort Worth music fans who don’t want to drive to Dallas to see Bon Iver. The only reaction that showed a modicum of restraint was Michael “Big Mike” Richardson’s post saying that he wanted to call but did not know what he was supposed to be concerned about. That’s when I realized I was in the midst of a widespread knee-jerk reaction.

And, really, why wouldn’t there be one? The way the virtual mob seems to understand Zimmerman, he is a nefarious villain: Not only is he a politician. He is a politician who helped kill streetcars, and for his next trick, all he wants to do is tear down the Ridglea and turn it into yet another bank, to which he will presumably get 24-hour access to swim in the bank’s vault of gold coins or gnaw on the flesh of Occupy picketers, weed dealers, and underpaid teachers.

I know, because I was in that mob, and when I left my message, I smugly assumed he wouldn’t bother to return the call of a faceless torch-bearer in a throng of proverbial angry villagers. It was almost like making a prank call.

Of course he called me back.

So there I am on my way to Galligaskin’s, talking to Zim Zimmerman, who has taken time out of his busy, handlebar-mustache-twirling schedule up there on Mt. Terrible to defend himself.

And of course he’s very polite, and he doesn’t sound like Serpentor or Snidely Whiplash or any of the other “crooked politician” tropes that run through my head. The first thing I said was, “What’s up? Why are you trying to kill the Ridglea Theater?”

He insisted that he wasn’t. And he explained how the whole situation revolved around parking. And how he would be happy to have the Ridglea open and holding concerts and whatnot but that Ridglea owner Jerry Shults has to find a solution. It all sounded very reasonable, and, certainly, as a council member, his opposition (via the zoning board) ostensibly represented the wishes of his district. I began to believe that perhaps Zimmerman wasn’t getting a fair shake. He also made it clear that Shults wasn’t getting his fair share of the heat.

So I called up Jerry. And, shockingly, his version is somewhat different. He went on at length about how the theater’s historic designation makes the parking laws moot and that Zimmerman eats lunch with the theater’s billionaire neighbor, real estate developer Michael Mallick, who wanted to sell his parking lot behind the theater to Shults at first but then jacked up the price once the theater’s demolition was stayed. “And Zim eats lunch with Michael quite a bit,” Shults said, adding that he thought the parking hassle was just Mallick pressuring him to lease the lot at an exorbitant rate.

I didn’t really know what to think. Obviously, when choosing sides, I tend to be against the conservative politician and for the guy who owns a chain of head shops (that would be Shults). In this case, however, Zimmerman seems to have been unfairly demonized. Moreover, while Shults’ restaurant solution keeps the Ridglea open, it doesn’t help The Moon any. Never mind the fact, which Shults pointed out, that unless a venue has an affiliation with the 800-lb. gorilla of booking agencies, AEG Live (the theater does not), you can’t really get big national acts.

The truth is: Both sides are kinda right. Shults doesn’t have to provide any parking, and Zimmerman is right to defend his constituents’ desire to not have their parking lots nearby cluttered with post-concert debris (to say nothing of liability for any post-concert crimes committed by Ridglea concertgoers.) The easiest answer is the one that may scare the bejesus out of everyone, especially folks familiar with the Montgomery Plaza parking debacle in the West 7th Street corridor: businesses putting up no-parking signs and enforcing the law.

As I wrote this, the parties involved were holding a meeting to figure something out –– those of you who care may learn the outcome before you ever read this column. I don’t know if Fort Worth will ever get to realize its Granada West dreams. Regardless, The Live Oak Music Hall & Lounge opens later this year. In the meantime, go see some shows at Lola’s Saloon or The Grotto or Nos Bar or anyplace else you’ve been missing out on while Facebooking. — Steve Steward