Tonight and tomorrow night only, Performing Arts Fort Worth will present the stage adaptation of Mel Brooks’ 1974 classic monster-movie spoof Young Frankenstein. Winner of the 2008 Outer Critics Circle Award and the Broadway.com Audience Award for best musical, Brooks and Thomas Meehan’s production features all of the best parts from the movie, plus new show-stoppers, including “Transylvania Mania,” “He Vas My Boyfriend,” and “Puttin’ on the Ritz.” The show runs 7:30pm thru Thu at McDavid Studio, 301 E 5th St, FW. Tickets are $22-38.50. Call 817-212-4280.

Tough guy Robert Mitchum stars in Jacques Tourneur’s 1947 thriller Out of the Past as a former private eye trying to get out of trouble with a gangster (Kirk Douglas). The film screens at 7pm on the campus of TCU in Rm 141 of the Moudy Bldg, 2805 S University Dr, FW. Admission is free. Call 817-257-7630.

A massive vintage show is coming to North Texas this weekend. The Dallas Vintage Clothing and Jewelry Show will feature everything from clothing to accessories –– from most recent eras –– 3-8pm today and 10am-5pm Sat at Grapevine Convention Center, 1209 S Main St, Grapevine. Admission is free. Call 817-410-3459.

No, not the Mark Harmon/Jodie Foster turd. Stealing Home is Houston playwright Pat Cook’s farce about two con men who break into a funeral home under cover of darkness and are discovered by a cop and the business owner, who believes that one of the con men is her long-lost son. Runway Theatre is holding auditions for a variety of characters Sunday thru today at 7pm at 215 N Dooley St, Grapevine. Call 817-488-4842.

Leading soprano Deborah Voigt will not be able to perform tonight due to medical reasons and will be replaced by the Grammy Award-winning Nathan Gunn, a baritone whose “mighty heft and richness confer an outsize authority on everything he touches,” said The New York Times. The concert is at 7:30pm at Bass Performance Hall, 525 Commerce St, FW. Tickets are $15-90. (Voigt tickets will be honored.) Call 817-212-4450. 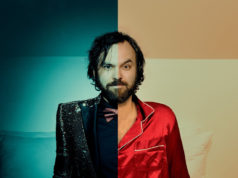