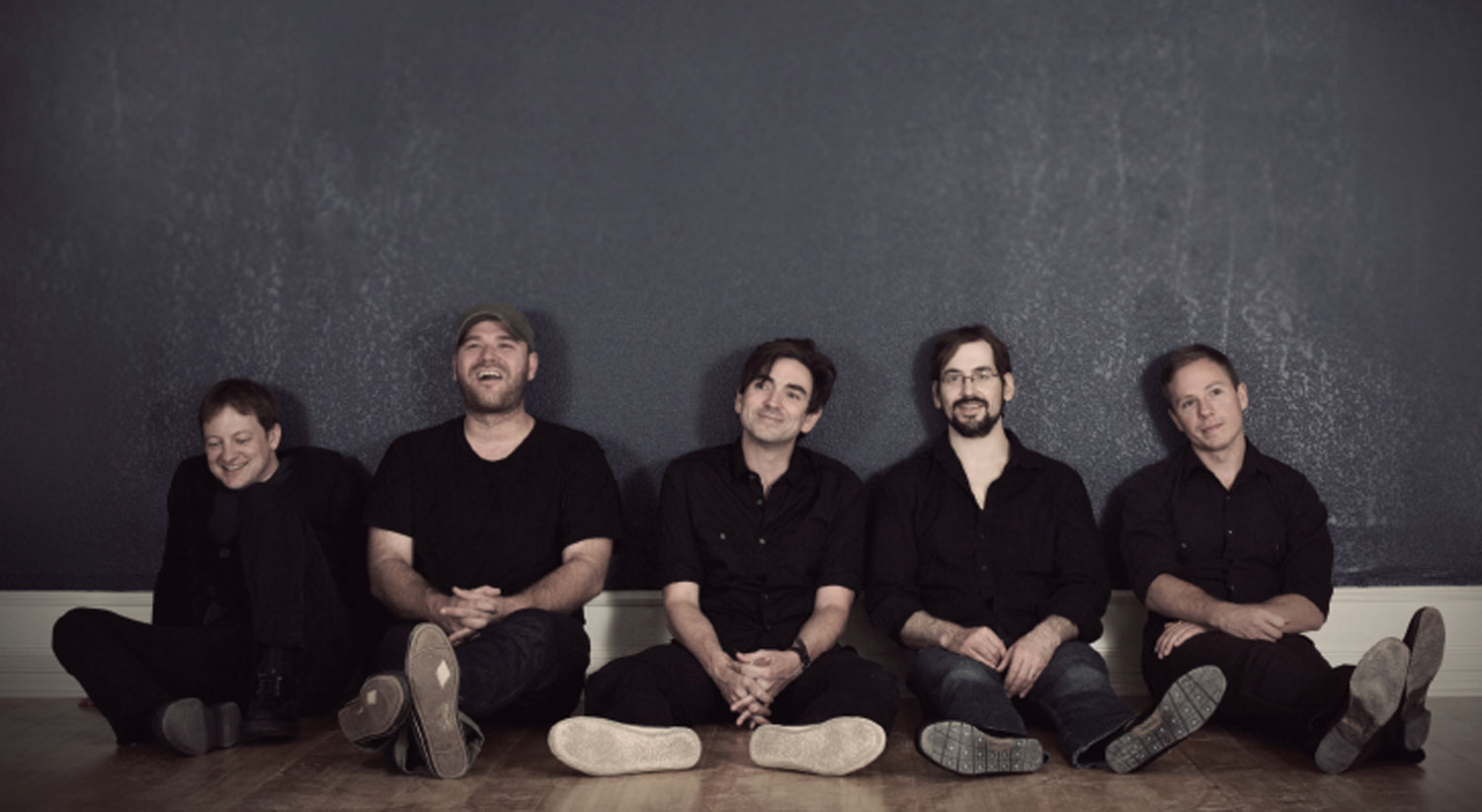 At South by Southwest this year, I was reminded of an old theory that applies to festivals: The average festivalgoer only hears broad strokes, meaning that either loud or soft sounds manage to corral his or her short attention span for a decent amount of time, at least as long as is required for bands to make that all-important impression. In a city –– a massive city, mind you –– where finding a quiet spot, one not influenced (infected?) by the sounds of pounding drums or ringing guitars, is nearly impossible, attention spans are made increasingly shorter. Kudos then to Calhoun, deliverers of my favorite South-by show, one full of loudness but also some easy-breezy melodiousness. The Fort Worth/Dallas quintet played late Saturday afternoon on the second of a two-day showcase put on by Blackbox, an upstart Fort Worth production company and booking agency. By the time the band was about to go on, early St. Paddy’s Day festivities seemed to be just winding down: lots of green-clad party people teetering all around. The location was South Congress Avenue on the patio of Doc’s Motorworks, a place that I learned functions as a sports bar/restaurant the rest of the year. A small hauling trailer served as the stage –– guitarist/multi-instrumentalist/co-songwriter Jordan Roberts and keyboardist/backup vocalist Toby Pipes played on the concrete, on the same level as all of us attendees, which brings me to my point. The first song, “These Are the Dead Days,” was chill-inducing. The tune starts out slow, very melodically, though, with a sweet, plucked chordal progression and snappy rim shots. Like I always do at shows, I kept one eye on the strangers –– the crowd was about 30 deep at this point. They seemed intrigued but not engaged. Remember, they were already a few (dozen) drinks into the day. But the song is tricky. It builds and builds, slowly, almost imperceptibly, until before you’ve realized what’s happened, you’re caught in a maelstrom of hammering drums and charging guitars. By the advent of the long crescendo, heads were banging, including that of guitarist Roberts, who plays his guitar with his whole body. He always rocks the fuck out when he’s onstage, but he was especially energized here, even though Calhoun had played several shows by the time of this Blackbox gig. I think that at that point, the crowd was pretty much hooked. The set, like most everybody’s set at South-by, was short, which I think played to Calhoun’s advantage. The band could squeeze in some of its less-loud numbers between the rockers. Typically at a Calhoun show, the band’s most popular song, “Kick Drum Mind,” is the closer. But at Doc’s, Calhoun toned down the tune and stuck it near the end, leaving the final number to “Knife Fight,” the ostensible single off the band’s most recent album, Heavy Sugar, and definitely a rocker. The mid-point let’s-rawk moment went to “Indian Melody,” also off Heavy Sugar, and aside from “Dead Days” (off Calhoun’s eponymous debut album), “Indian Melody” was the show’s –– and my South-by experience’s –– rapturous high point. The wordless refrain –– “Whoah-oh-oh oh-oh / Ohh oh-ew-whoah” –– arrives on a wall of sound and keeps pressing, driving into a type of whirling ecstasy. If Coldplay had written this song, you’d be hearing it every freaking day. Alas. For more on South-by, check out Blotch. My evil alter-ego Anthony Mariani has some videos –– and things to say –– about EPIC RUINS, Quaker City Night Hawks, The Hanna Barbarians, and Mind Spiders.