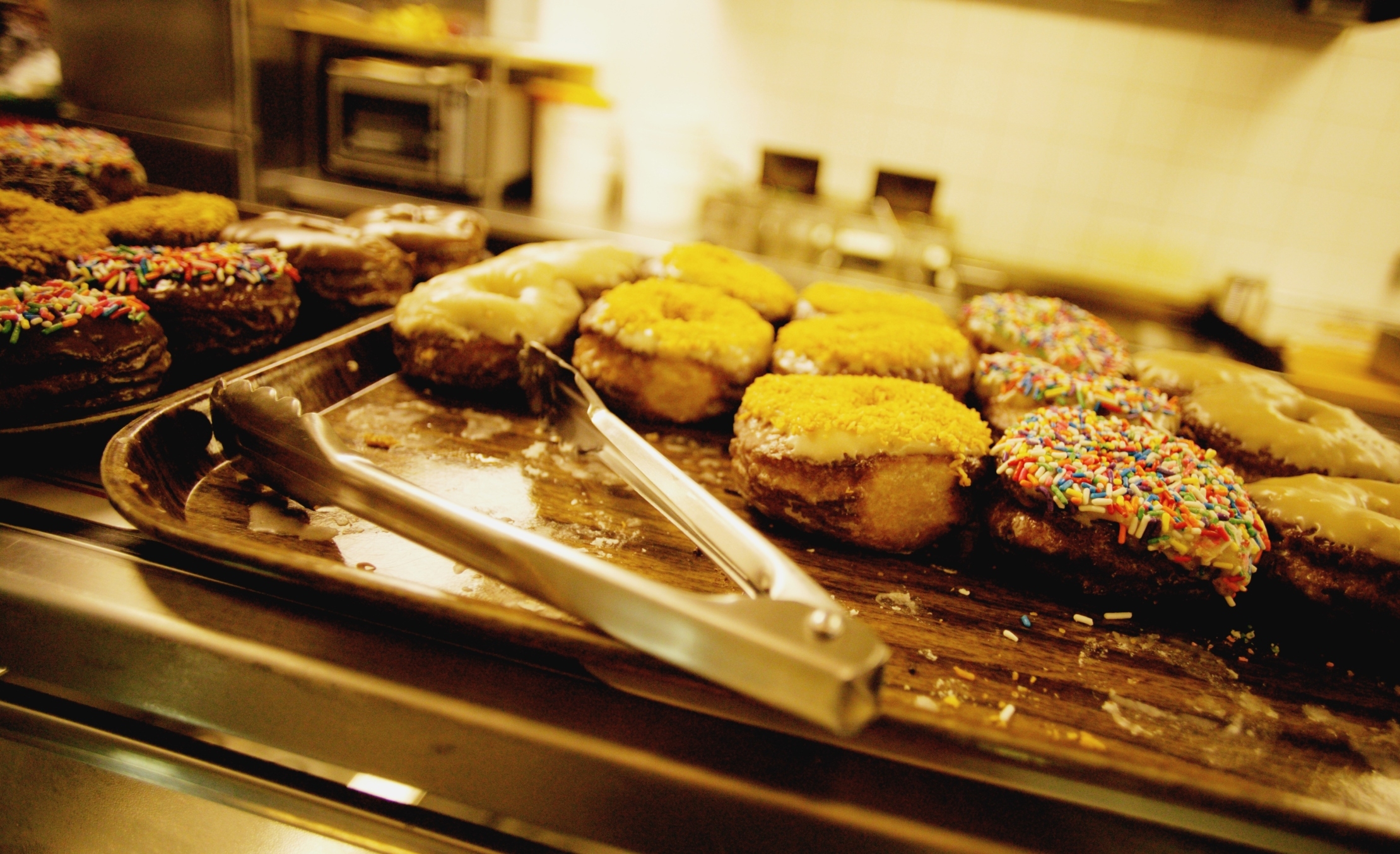 Jekyll and Hyde have nothing on me in the morning. Before my customary nosh and multiple cups of coffee, I have all the charm of Hyde — or of Hannibal Lecter high on bath salts. Still in partial Hyde mode a few mornings ago, I dropped by Paul’s Donuts, Subs & Gyros (1324 Hemphill St.) for something fried, glazed, and holy … and was instantly transformed. Birds perched on my outstretched finger, and flowers faced me as I passed them.

It’s easy to take a place like Paul’s for granted. A few months back I wrote about some of my favorite kabob-erries (“Taking Me to Marrakech,” Nov. 2, 2011) and completely snubbed Paul’s — as several loyal readers pointed out in e-mails. Donuts and gyros may seem like strange bedfellows, but given my own duality, I felt an instant bond. I’ve always been a fan of weird-combo places like Paul’s, along with the dear departed Yoko’s Donuts and Teriyaki Lunchbox on Geddes Avenue and Rodak’s Cadillac Repair, which also custom-roasts coffee and sells barbecue grills and homemade salsa.

There’s nothing fancy about Paul’s, but that’s part of its charm. Having been a gyro hero for 20-plus years in these parts, it’s still a port of call for many Southside devotees. The décor is get-’em-in-get-’em-out — a boxy room with a counter and exposed kitchen. But the place has a familiar and welcoming vibe, the staff is friendly and quick, and the kitchen is a marvel of consistency.

When I arrived, the caffeine hadn’t quite civilized me yet. I approached the counter like a skittish deer being offered a handful of corn. The donut selection wasn’t staggering, but it was enough to send my foggy head reeling. (Everything on the pastry list is made in-house, and there are plenty of non-donut breakfast options as well.) The very patient woman at the counter suggested an apple fritter ($1.49) and cinnamon roll ($1.39). Both were fresh, filling, delicious, and hit my system like shots of adrenaline to the heart. I’m sure the fine fellow I met with after breakfast must have thought I’d forgotten to take my Ritalin.

Driven by equal parts hunger and guilt from the earlier column snub, I trekked back to Paul’s for lunch, and the joint was hoppin’. I had officially crashed from my earlier sugar/caffeine buzz and must have looked like a zombie. Sufficiently stimulant-depleted, at any rate, that for a minute I thought the friendly counterman was actually going to put sprinkles on my gyro, as I had jokingly requested.

One of the best values in town has to be the gyro combination ($7.29), a generous plate of tender, juicy strips of the lamb/beef combo, a creamy tzatziki sauce, fries, and a drink. It was therapy wrapped in pita bread. I pretty much took down the gyro without the use of my teeth and went back for another fritter.

Paul’s is officially back on my radar as a jewel of the South Side. There’s nothing not to like: It’s family-owned, fast, delicious, and a rare bargain in that increasingly trendy area. If you’re ever there and see a disheveled, red-eyed monster with a murderous gleam, that’s just me before coffee and fritters. For your own safety, don’t approach until the formula takes hold.