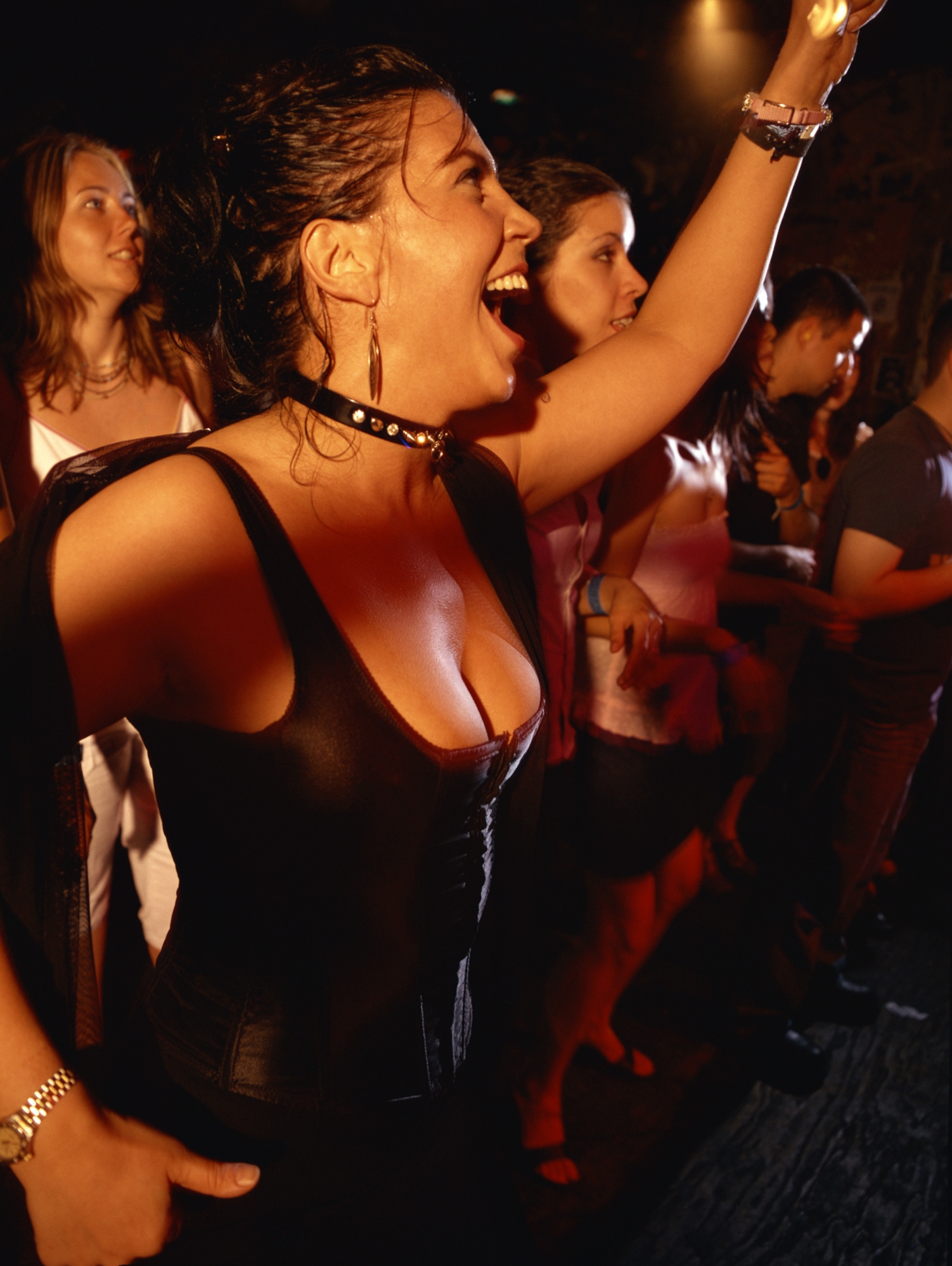 Dusk was on its way when I got to the Stockyards Music Festival on Sunday. I immediately hit the bar, a long, narrow, plastic oval under a huge tent situated between two rows of food trucks. Of course it was crowded, and of course it had only three bartenders, and when this sunburned guy with a pair of Oakleys stuck to his forehead cut in next to me and yelled for a beer, I wasn’t really surprised when I got skipped.

After finally getting a beer, I ambled through the throng between the north and south stages to watch Pat Green, past coeds in cutoffs and cowboy boots and a ton of Larry the Cable Guy lookalikes with identical pointy cross tattoos. I saw a shirt bearing the lyrics of Hank Williams Jr.’s Obama-hating “Keep the Change,” curiously worn by a black guy. The audience went apeshit when Green kicked into Bleu Edmondson’s “Fifty Dollars and a Flask of Crown,” and the nearest group of Larrys did that rap thing where you point your fingers on the downbeats of the hook.

Green asked if anyone wanted to get lucky tonight, and this gaggle of women in front of me erupted in a chorus of wooooos and raised arms. One of them looked like the Stockyards version of Snookie, all black hair, orange skin, and white deodorant lines. Whatever his next song was, no fewer than four couples began to two-step, and two female partners lost their shades after being spun.

As the sun set, I walked to the north stage, where a ton of people had gathered to watch Merle Haggard. He was the main reason I was there. Hag is 75, and watching him is almost as much a bucket-list thing as it is an expression of fandom. I remember watching Willie at Billy Bob’s in 2003 and thinking, Man, I’m glad I caught this, but he ain’t no spring chicken. So when Haggard and his band took the stage, I wasn’t expecting a watershed performance. I was just sort of glad to be there.

The lights went down and the iPhones and iPads (!) went up, predictably right in my line of sight. To my right, a large white-haired cowboy in a pink polo wrinkled his handlebar into a frown and growled, “Come on!” The sweat splotches on his shirt made him a walking Rorschach test, one that was totally pissed about people who “can’t just watch a damn concert.”

Then Hag came out. He gave a three count with his fingers, and the band jumped into “Ramblin’ Fever,” which was sadly plagued by mostly absent vocals and an electric guitar that drowned out everything else. Despite the sound problems, I marveled jealously at what it must be like to play guitarmonies with Merle.

The sonic issues were sorted out by the second verse of the third song (“Mama Tried”), and the crowd chimed in for the “I turned 21 in prison” part. During “Turn Me Loose,” I saw a chick get boosted onto someone’s shoulders, hunching over and giving half-hearted rock hands until she was allowed to get down. Farther up front, a more committed shoulder-sitting girlfriend was up and shooting video on her phone. When I looked up at her again, she was talking on it. She came down during the third verse, hopefully to save her boyfriend from further embarrassment.

More hits followed, and I was having the time of my life, getting into some weed during “Pancho and Lefty,” which also conjured a curly-headed burnout asking to bum a hit. When “Way I Am” wandered into a gorgeous instrumental break of Telecaster and electric piano, I checked my phone. It said the temperature was 91, but the solo made it feel like 75. Or at least 1975. I left during “If You’ve Got the Money, I’ve Got the Time,” walking past another couple two-stepping in the shadow of a pizza truck. Hag’s set ended as I got to the parking lot, just as Bocephus opened his set with “Don’t Tread on Me,” a cringe-inducing Red State fight song that inspired a few thousand people to chant along with the words “take our country back.” The buzz I felt during Hag’s set slipped away. I got in my car, glad to go someplace, anyplace, else. –– Steve Steward