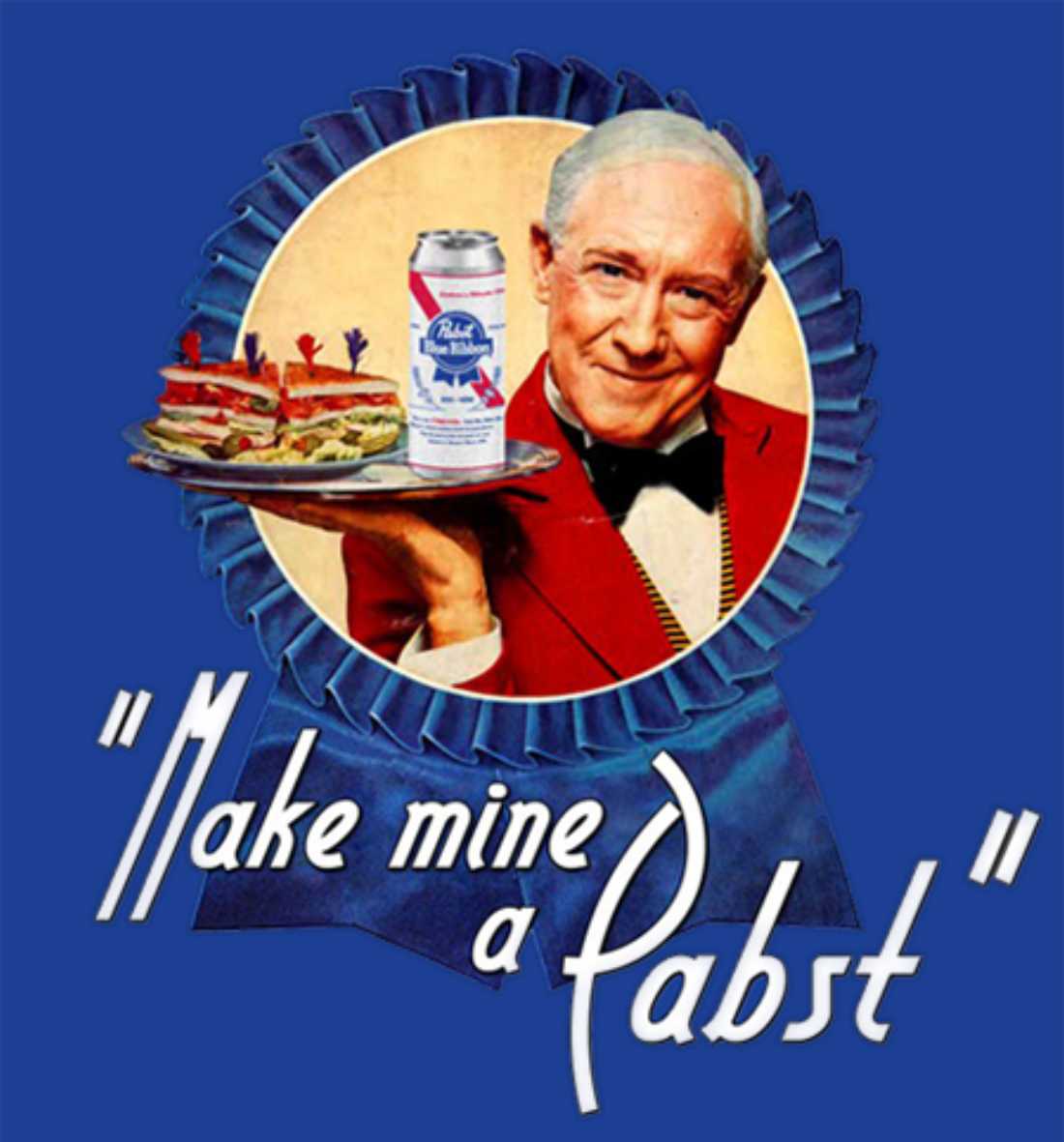 “I just realized my life revolves around PBR.”

That’s a Facebook update, referring to Pabst Blue Ribbon, not Professional Bull Riders, Inc., recently posted by my friend Matt. He bartends at The Boiled Owl with me and at The Sunshine Bar in Arlington, so his statement really isn’t much of an exaggeration — at the Owl, PBR is $2 a glass, and at the ’Shine, it’s $1.75, so you can imagine that a busy night at either place involves pulling the Pabst tab handle about a million times.

And that’s the case pretty much anywhere. If you have to pay more than $3 for a Peeber, you’re getting ripped off. Hell, even a 16-ounce tallboy at Frankie’s Sports Bar & Grill is $2.50. I’d even bet that you can find some place that does PBRs for a buck, like The Crowbar Saloon on Wednesdays.

So, yeah, Pabst Blue Ribbon is always a steal, but compared to other bargain beers, it’s an even better deal. I remember a bar in Tyler serving Natty Light for $1.25, and I remember thinking that I got exactly what I paid for. If I had to price PBR based on its taste and alcohol by volume, the Steve Steward Suggested Retail Price would be $1 less than whatever the bar charges for a Coors Light. Pabst Blue Ribbon is fizzy and sweet — what I imagine would result if you could liquefy and carbonate a honey wheat bagel. With an ABV of around 4.3, it offers pretty much the same kick as any other macrobrew — but more bang. For your buck.

As you’ve probably read or heard, PBR has a reputation as a hipster beer, but I don’t think that’s fair. For one thing, it’s 2012. Using “hipster” as a pejorative is pretty played out, which in itself is kind of a hipster thing to say. But think about the last person you called a hipster. Sure, that guy or gal might have been wearing a putatively ridiculous hat or a pair of clunky, unflattering glasses, and probably some kind of jokey tattoo, but I bet that person was also considerably younger than you. Seems to me that dismissing something as “hipster” is just a function of aging. I know this, because the last time I made fun of someone for being a hipster, I felt really old. For another thing, the so-called hipster PBR drinkers tend to overlap with a decidedly un-hipster subset of PBR drinkers, commonly known as “poor people.”

Or broke people, anyway. I know there have been plenty of times when I was dying for Duvel but living on a Bud Ice budget, in which case I’d always reward myself with a Pabst Blue Ribbon. Well, probably more like five Pabst Blue Ribbons, but you know what I mean. This is a long way of saying that there’s nothing wrong with drinking PBR, and anyone who tells you otherwise is a snob –– or someone who gets tired of pouring draft after draft after inexpensive draft of it.

Beyond the economy of drinking PBR, people genuinely seem to like it. On a weekly basis, I hear the amazed revelation of middle-aged dudes who are shocked to find that PBR is still available on draft (or draw, depending on the part of the country where you did most of your youthful drinking). When we run out of the stuff, the disappointment is genuine, like when you found out Blair Witch Project was fake and credit card debt was real. Last week, for example, there was a PBR shortage all over town. When told there was no more PBR, customers “looked like I’d kicked their dog,” Matt said. I usually suggest Coors Light as a replacement, and almost always, the revulsion is plain on the customer’s face. Some people drink only PBR. In fact, one of these folks introduces himself as “Pabst,” pulling up his shirt sleeve to display a blue ribbon tattooed on his deltoid.

I recently spent about an hour drinking a PBR, a Coors Light, a Bud Light, and a Miller Light. If I had to do the Pepsi Challenge and drink them with a blindfold, I’d probably fail miserably. The other day, Matt handed two full pints to me. “The left one is Coors, and the right one is PBR,” he said. “I think.” I laughed. By the time I was floating on a four-beer buzz, I didn’t care about the difference. –– Steve Steward