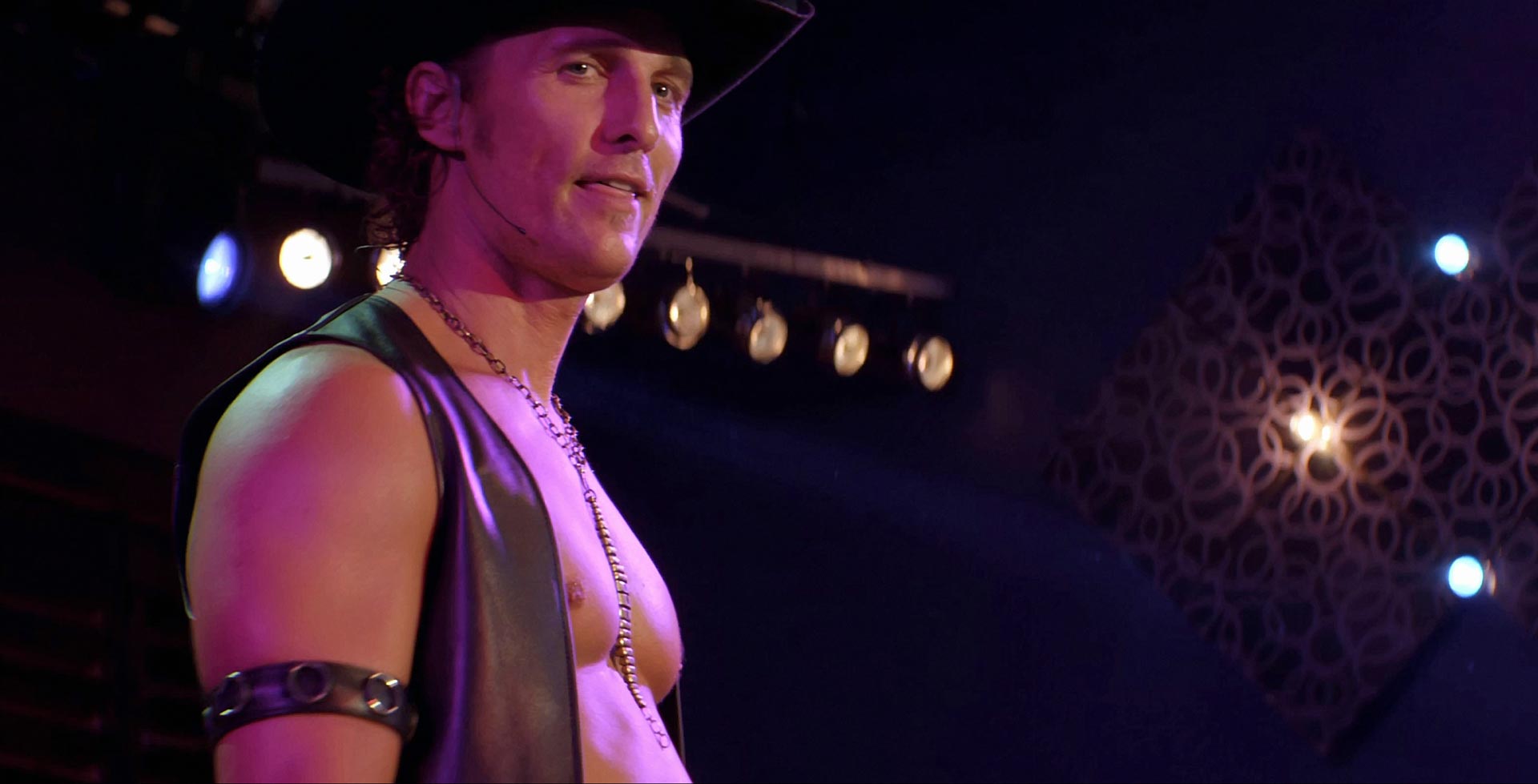 I don’t expect all these performances to be nominated come Oscar time, but then my picks for the best supporting performances of the year never match up with the Academy voters’, or my fellow critics’. (This is especially true of supporting actresses. That’s weird. I wonder why that is.) Anyway, these actors all dragged my attention away from the lead characters of their movies this past year, and in a few cases lifted substandard vehicles out of the muck. 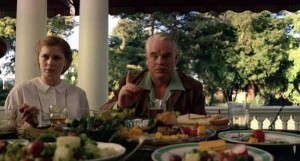 Linda Bright Clay
If I were doing a “breakout talents” post this year, I’d put her in that one, but since I’m not, I’ll simply take note of how well this stage veteran plays her one major scene in Seven Psychopaths, as a gravely ill hospital patient who quickly realizes the man in her room means her no good, smoothly tries to play it like she’s another patient, and then realizes that her gambit isn’t going to work. You can argue for Suraj Sharma or Quvenzhané Wallis as the best debut performance this year, but I’ll go with Ms. Clay. 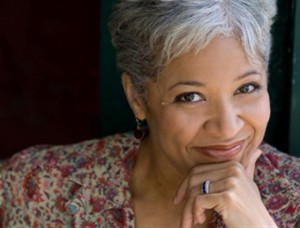 Lizzy Caplan
It’s not just her monologue about oral sex or her inventive off-the-cuff remarks (“Jesus H. Macy, that’s a good idea!”) that make her performance in Bachelorette stand out. It’s the way her alienated loser chick suddenly pops into three dimensions when we learn about her abortion and see her with the boyfriend who knocked her up. That’s when you see the wounded feelings underneath all the sarcasm and profanity that this girl chooses to show to the world. The movie’s forced happy ending undercuts this character somewhat, but Caplan’s stellar work is still pretty plain to see. 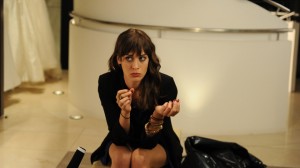 Tom Cruise
Say what you want to about Rock of Ages, but Cruise’s dissolute and possibly insane rock star is as compelling a screen presence as any in this year’s movies. Here’s a character who’s accustomed to having people treat his every utterance as a pearl of wisdom, so he indulges them by saying whatever crap comes to mind. Between this and Tropic Thunder, these gonzo comic performances have been this actor’s most enjoyable ones. Less action-hero Tom Cruise, more weirdo Tom Cruise, please. 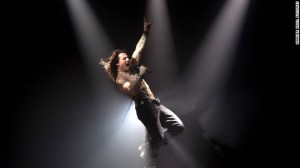 Robert De Niro
This guy used to be a great actor, didn’t he? Something or someone lit a fire under him in Silver Linings Playbook, where De Niro captures the despair (hidden under his blustery anger) of a father who’s essentially helpless in the face of the mental illness that threatens to devour his son. His monologue by his son’s bed will reduce strong men to weeping, and he delivers the “you’ve gotta go after that girl or you’ll regret it until you die” speech like he’s the first actor who ever got a hold of one. It turns out De Niro is still a great actor. That’s good to know. 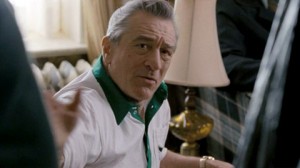 Rosemarie DeWitt
I’m not entirely sure if she’s a supporting actor or the lead in Your Sister’s Sister. I’m also not sure whether I’m so enamored of the three-character ensemble in this comedy that I’m giving her this slot as a way of honoring it. Whatever, DeWitt does sterling work as a lesbian whose relationship has just ended and who takes extreme measures to have a baby before it’s too late. The matchless chemistry among her, Emily Blunt, and Mark Duplass generates all of this movie’s considerable tension and humor. 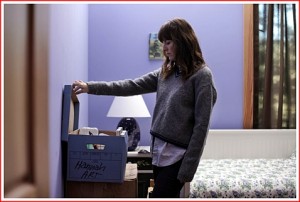 Anne Hathaway
She seems nailed on for that Oscar for Les Misérables, doesn’t she? She’s good in that musical in a white-knuckle sort of way, but this entry is as much for her work in The Dark Knight Rises, where she brought a note of feminine grace and delicacy, qualities that Christopher Nolan films aren’t generally known for. Cliché though it is, it’s still a good barometer for measuring an actor: Look at these two movies side by side, and you have a hard time believing the same actor is in both of them. 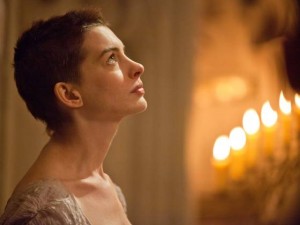 Matthew McConaughey
I’ve already blogged about this actor’s fantastic 2012. I don’t really have much to add. I hope he gets some Oscar consideration for Killer Joe. 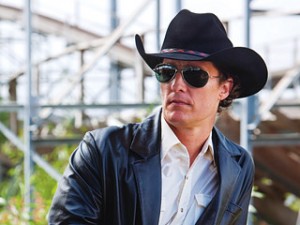 Ezra Miller and Emma Watson
I said it best in my review of The Perks of Being a Wallflower — with these two actors, you just believe that the siblings they portray are best friends, too. Especially in the 1990s, it took a special kind of gay teenager to be so self-confident, and Miller brings all that. As for Watson, she lights up the screen here as a funny girl who needs a boost of confidence of her own. These actors are excellent separately, but their rapport makes their contributions greater still. Cue up “Come on Eileen” on your playlist for these two. 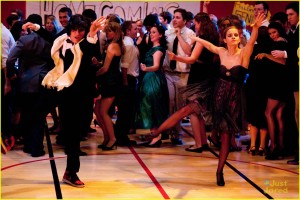 Christoph Waltz
About five minutes into Django Unchained, I was grinning like an idiot, and it was thanks to the efforts of this gleeful Austrian. I had almost forgotten how much fun he was to listen to in Quentin Tarantino’s Inglourious Basterds. His performance as the German dentist/killer/mentor/slave liberator reminded me of what an unalloyed delight it is to hear him work his way through the filmmaker’s verbiage. Waltz is by no means the only top-notch supporting actor in this movie (Leonardo DiCaprio and Samuel L. Jackson make indelible villains), but I found him the most memorable. 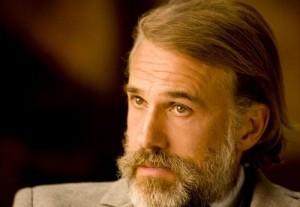