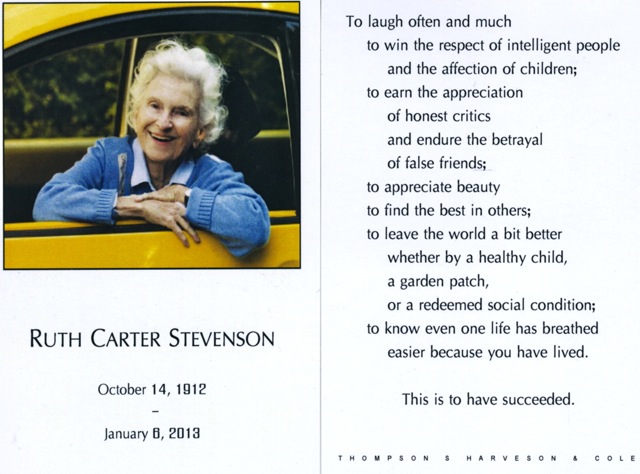 Here’s the handout that was given to visitors at yesterday’s memorial service for Ruth Carter Stevenson, who guided the Amon Carter Museum of American Art since its inception more than 50 years ago.

Well, not everyone got a handout.

Someone noticed Stevenson’s birth date listed incorrectly, and the handouts were scooped up.

A printing error added 11 years to Stevenson’s age, listing her birth year as 1912.

The museum matriarch wasn’t known for biting her tongue, and she might have delivered a barb or two over that mistake.

But she’s not around anymore. She’s in the afterlife, just like the little chimney sweeps in William Blake’s poem, “naked and white, all their bags left behind, they rise upon clouds and sport in the wind.”

Stevenson was as colorfully “Fort Worth” as they come and one hell of a woman.