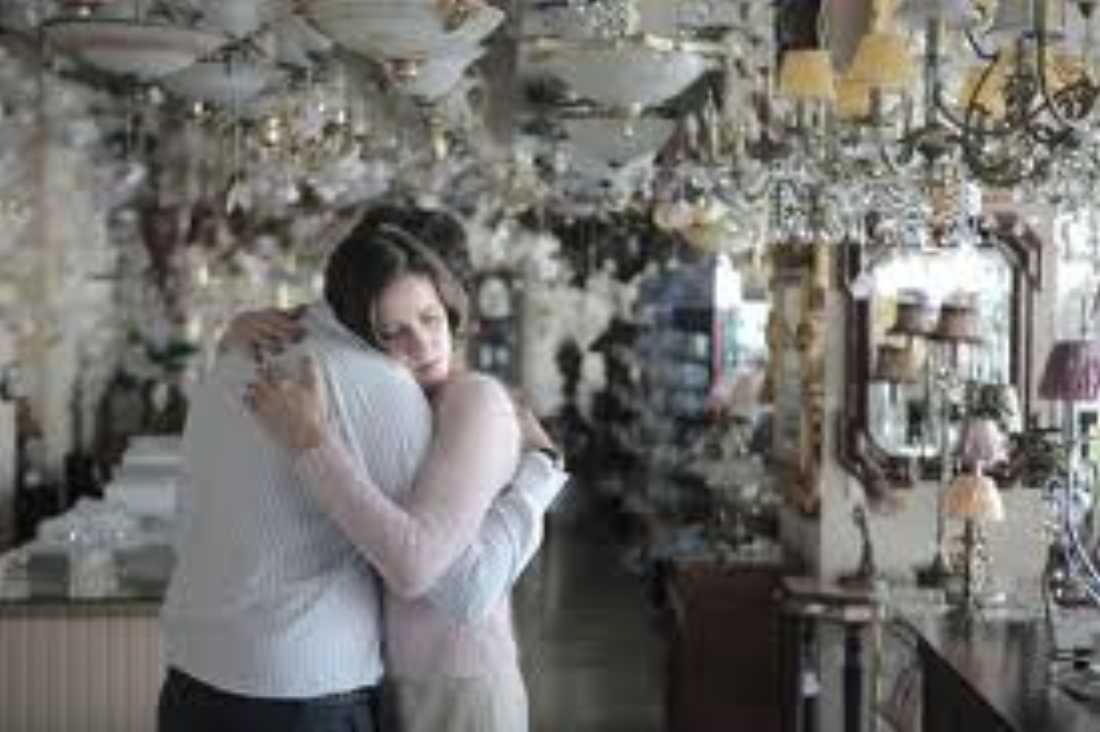 As happens every December, the crush of movie viewing at year’s end brought me into contact with some films that weren’t worthy of my Top 10 list but which I didn’t want to let slip by without putting down a few thoughts about them. You may remember that I did a version of this blog post last year. I’m a little late this year, but here are the movies of 2012 that I might have otherwise overlooked. They’re not all good, but they’re all interesting in some way, and you may find them providing more food for thought than the movies that are up for Oscars this coming Sunday. They’re also all available on DVD for you to see.

This is Giorgos Lanthimos’ follow-up to Dogtooth, and I didn’t find it as compellingly weird as that film. Still, this absurdist piece still finds remarkable things in its story about four Greeks who hire themselves out to impersonate recently deceased people to help their loved ones cope with their grief. Hey, with the Greek economy in the shape it’s in, you take any work you can get. We never learn the four’s names; they early on decide to call each other by the names of mountains in the Alps. As you might imagine, their whole business model goes pretty far wrong. Other people loved the conclusion with a rhythmic gymnast dancing to “Popcorn,” but I preferred the deeply melancholy scene in the salsa club with Monte Rosa (Ariane Labed) sadly watching other people slow-dance to “Love Is Hard to Find,” a gorgeous English-language slow jam by the French trio of Huguenin, Padovan, and Sanna. Amid all the wacky comedy in his movies, Lanthimos has a good handle on the solitude of the human condition.

We open with Hebrew University professor Uriel Shkolnik (Lior Ashkenazi) receiving yet another honor for his work as a public intellectual. The camera finds Uriel’s father Eliezer (Shlomo Bar-Aba). You’d expect him to be proud and happy. Instead, he’s completely miserable. So begins this sharp-edged Israeli comedy set in the world of academia, as the cranky father’s jealousy of his son gives way when Eliezer is awarded the Israel Prize for his work. But then it’s revealed to be a horrible mistake, and Uriel’s confrontation with the awards committee in a closet-like space is as compelling a piece of drama as anything in 2012’s movies. I still wonder if Uriel intentionally leaves clues in his writing that lead his father to the truth, or whether Eliezer just recognizes the tics in his son’s prose. It’s one of several questions that the movie leaves tantalizingly unresolved. 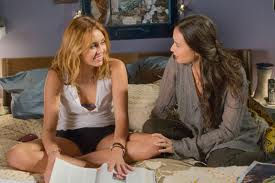 Casting Miley Cyrus was a mistake, but there’s a germ of an interesting idea in Lisa Azuelos’ English-language remake of a French film that she made four years earlier. Demi Moore plays the divorced mother of a New York City high-school girl, getting back into dating just as her daughter is becoming seriously interested in boys. I like the idea that the mother always told herself that she’d be a cool mom who would want her daughter to enjoy sex and not freak out if she smoked a little weed, only now that the kid is of an age where those things are a reality, Mom finds that she’s having a hard time keeping her cool. It’s a story that we don’t see often enough, and it should have come to more than this tepid drama. 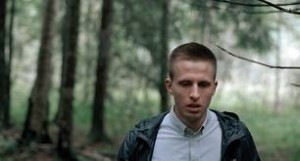 Norwegian director Joachim Trier’s debut film, Reprise, made my list of the best films of 2008. I was excited for this, his second movie. It fell a bit short for me, even though quite a few other critics called this one of the best movies of last year. And it’s true, this addiction drama has a number of remarkable scenes. Anders Danielsen Lie (one of Reprise’s stars) plays a 34-year-old recovering heroin addict who’s given a day of leave from his rehab clinic to interview for a job in Oslo. Lie gives a terrific performance, and the scenes between him and his old friends (including Hans Olav Brenner as a former drug pal who’s now a settled family man) are carefully scripted, with some telling little glints of insight. This is loosely adapted from the same novel that inspired Louis Malle’s La Feu follet. I’ll have to check out that movie now. 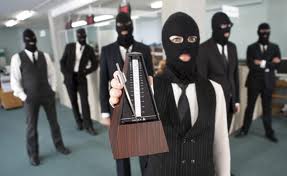 The best soundtrack of any movie in 2012 was in this nutty Swedish comedy about a group of guerrilla musicians (played by the members of the music group called Six Drummers) who stage impromptu concerts around the city of Malmö. The musicians aren’t just artists with a playful streak, but honest-to-goodness revolutionaries who want to free humanity from the tyranny of bad music. Even crazier, they’re being tracked down by a determined cop (a very funny Bengt Nilsson) who hates music because he was born tone-deaf into a family where everyone else is a musical genius. This number is typical of Six Drummers’ aesthetic (influenced by STOMP!), but they also do a far less typical English-language samba number at the end, when the musicians have been exiled to a humiliating gig in some Caribbean resort.

Turn Me On, Dammit! 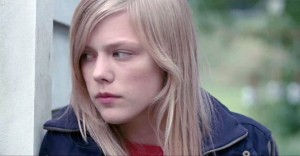 In recent years we’ve heard about cinematic surges in Mexico, Iran, Romania, and South Korea. For some reason, nobody talks about Norway. Jannicke Systad Jacobsen’s teen flick stars Helene Bergsholm as a virginal but sex-obsessed 15-year-old girl who becomes a pariah at school after nobody believes her story about the boy she likes (Matias Myren) flirting with her by touching her leg with his penis. Bergsholm (a dead ringer for Taylor Swift, by the way) locks in on this girl’s disaffection with her small town, which eventually leads her to run away to Oslo. Jacobsen tells the story in a neat 76 minutes and shows a sure hand with the comic side of this story. 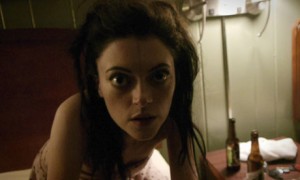 Anthology films are usually uneven, and this found-footage horror compendium is no exception. The segment “10/31/98” directed by the collective calling themselves Radio Silence has some cool effects, but the only segment that works is David Bruckner’s opening “Amateur Night,” which haunts my dreams. Two idiot frat boys outfit their nerdy pal with a pair of glasses that have a camera embedded in the frame, which elegantly solves the found-footage movie problem of why characters are still filming when they should be running for their lives. The boys’ plan is to take some drunk girls to a motel and film them having sex without their knowledge. Oh, man, do they pick up the wrong girl. A British actress named Hannah Fierman gives a terrifying performance as a pitiable monster. The next time some hot chick comes up to you in a bar and says, “I like you,” you’ll run in the opposite direction.

We Have a Pope 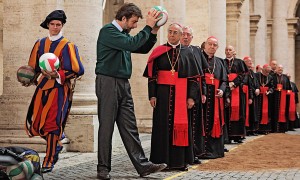 I mentioned Nanni Moretti recently on this blog. His newest comedy is more typical of his work. When the Vatican elects a French cardinal (Michel Piccoli) as the new Pope, the old churchman initially accepts, but just as he’s about to be introduced to the throngs in St. Peter’s Square, he suddenly starts screaming. Moretti portrays Rome’s top psychiatrist, who’s brought in to counsel the cleric to take up the job. But then the cardinal runs away, and since no one can leave the conclave until the new Pope is revealed, the shrink has nothing to do except organize a volleyball tournament, with the cardinals sorted into teams representing their continents. Meanwhile, the pontiff travels incognito among Rome’s citizens and gets caught up in a troupe of actors performing Chekhov’s The Seagull. It’s all very diverting and inoffensive, and now that the real-life Vatican is busy choosing a new Pope, it’s suddenly pretty timely.