Jurassic Park (PG-13) Steven Spielberg’s 1993 dinosaur blockbuster holds up better than you might think in this 20th-anniversary 3D re-release. The script’s characters are poorly drawn (the kids especially, but the adults too), which is the biggest reason why the movie doesn’t rank with the director’s best work. Still, Spielberg’s ingenuity and flair for action sequences are on good display here — check the T. rex’s artfully stage-managed entrance or the scene with the van stuck in a tree. For a movie whose success was based on special effects that were cutting edge 20 years ago, this has aged rather well. Starring Sam Neill, Laura Dern, Jeff Goldblum, Richard Attenborough, Ariana Richards, Joseph Mazzello, Bob Peck, Wayne Knight, and Samuel L. Jackson. (Re-opens Friday)

The Sapphires (PG-13) Chris O’Dowd (Bridesmaids) stars in this musical based on a true story about an Irishman who manages an Australian Aboriginal girl group singing Motown songs for U.S. troops in Vietnam in 1968. Also with Deborah Mailman, Jessica Mauboy, Shari Sebbens, Miranda Tapsell, Eka Darville, and Tory Kittles. (Opens Friday in Dallas)

6 Souls (R) Julianne Moore stars in this supernatural thriller as a psychotherapist who discovers that a patient (Jonathan Rhys Meyers) has adopted multiple personalities who are all murder victims. Also with Jeffrey DeMunn, Frances Conroy, Nate Corddry, Brooklyn Proulx, and Brian A. Wilson. (Opens Friday)

Admission (PG-13) Tina Fey’s new movie is being sold as a standard-issue romantic comedy, but it’s much heavier and more interesting than that. Adapted from Jean Hanff Korelitz’ novel, this stars Fey as a Princeton admissions officer who learns from a nontraditional school founder (Paul Rudd) that one of his students (Nat Wolff) is the baby she gave up for adoption 17 years ago. Besides tart observations on the university admissions process, the movie packs intriguing characters, including Lily Tomlin as Fey’s feminist-scholar mother. Yet the chemistry between Fey and Rudd doesn’t take, and the movie comes to think of the boy’s acceptance to Princeton as a matter of life or death for some reason. Despite its flaws, this is still the best Tina Fey movie to date. Also with Michael Sheen, Gloria Reuben, Christopher Evan Welch, Travaris Spears, Olek Krupa, Sonya Walger, and Wallace Shawn.

Emperor (PG-13) For World War II buffs and Japanophiles only. This tasteful, polite, boring drama stars Matthew Fox as an American general who searches for the girl he once loved (Eriko Hatsune) while trying to carry out a politically loaded task in devastated postwar Japan. The material needed a director comfortable with procedurals, but Peter Webber (Girl With a Pearl Earring) is more interested in lyricism, romance, and pictorialism. He loses all sense of momentum and dramatic thrust. Tommy Lee Jones cuts an entertaining figure as Douglas MacArthur, capturing the man’s conscientiousness and his vanity, but he isn’t nearly enough to redeem this exercise. Also with Masayoshi Haneda, Kaori Momoi, Toshiyuki Nishida, Isao Natsuyagi, Masatoshi Nakamura, Masatô Ibu, Shôhei Hino, and Colin Moy.

The Incredible Burt Wonderstone (PG-13) Steve Carell stars in this less-than-incredible comedy as a Las Vegas stage magician who falls from grace because of his complacency and who has lost his audience to a loathsome hack (Jim Carrey). Amid predictable jokes about guys who wear eyeliner and sequins professionally, the movie does find an essential truth about performing, as Burt has to rediscover his love for his craft. Yet despite a number of gags that score, the movie never finds a groove or delivers on any of its set pieces, and Carell is too nice a guy to play the lecherous, diva-like Burt. This act needed polishing before it hit the big stage. Also with Steve Buscemi, Olivia Wilde, Alan Arkin, Jay Mohr, Michael Herbig, Brad Garrett, Gillian Jacobs, and James Gandolfini.

Jack the Giant Slayer (PG-13) Better than any of the other recent films based on children’s fairy tales, this entirely bizarre take on the story of Jack and the beanstalk is an encouraging sign that Bryan Singer’s talent hasn’t entirely gone away. Nicholas Hoult plays the orphaned farmboy who volunteers to accompany a bunch of royal soldiers to rescue a princess (Eleanor Tomlinson) who’s trapped in his house after the beanstalk carries it up to the sky. The CGI giants are filthy, repellent, and somehow fascinating to look at, but Singer doesn’t let the effects overwhelm his actors. Hoult comes off best, a mix of swashbuckling and scared out of his mind by the mythical creatures. Though it’s too violent for younger kids, the movie deserves an audience. Also with Ewan McGregor, Stanley Tucci, Eddie Marsan, Ewen Bremner, and Ian McShane.

The Last Exorcism Part II (PG-13) Interesting thing about this sequel: The filmmakers here completely abandon the found-footage look of the 2010 original, filming this like a much more conventional horror movie. It doesn’t work. Ashley Bell reprises her role as the demonically possessed girl as she flees her backwoods community and lands in a halfway house for at-risk girls in New Orleans. The angular, soft-voiced Bell remains the best thing, convincing as both the sheltered naïf and the evil demon. Yet the movie squanders both her and its potentially fruitful premise in favor of boring scares and some casually racist stuff about black people possessing otherworldly juju. The lead actress deserved better. Also with Julia Garner, Spencer Treat Clark, David Jensen, Tarra Riggs, Louis Herthum, and Muse Watson. 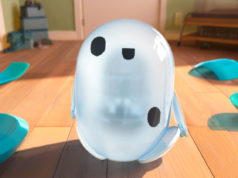 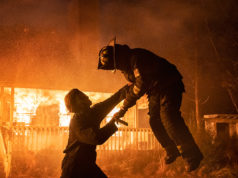 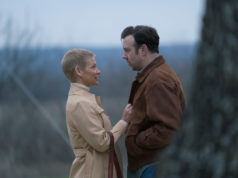