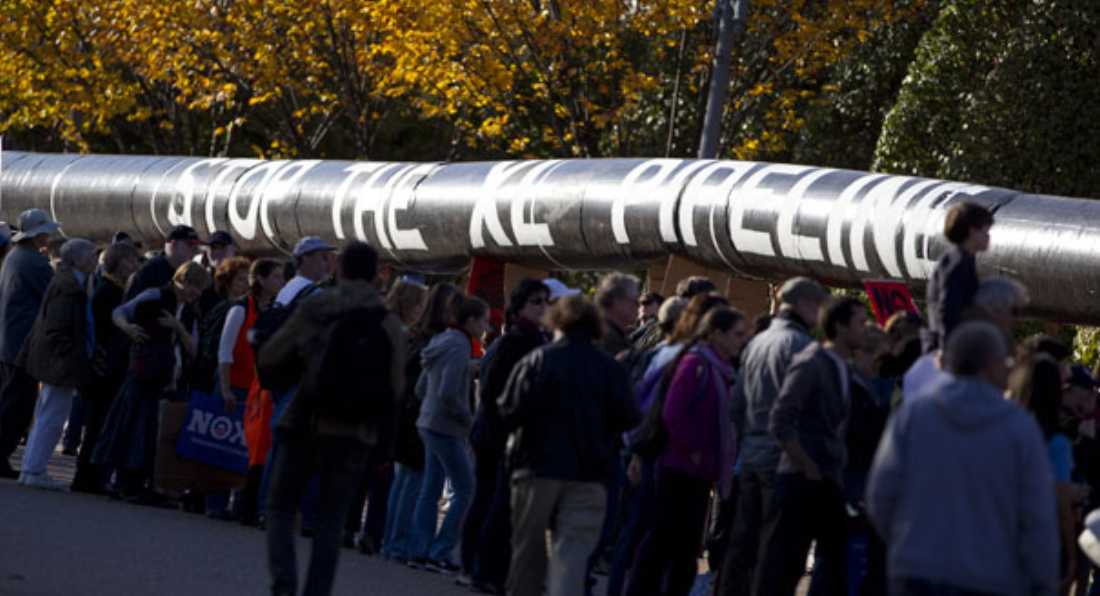 As the tar sands spill in Arkansas — brought to you by Exxon — continues to poison the neighborhood, wetlands and now parts of formerly bucolic Lake Conway, news coverage of the spill and cleanup effort has diminished to almost zero. But TransCanada’s proposed tar sands pipeline across the U.S. remains very much in the news.

April 22 — Earth Day — was the deadline for public comments on the northern section of the Keystone XL pipeline. More than a million individuals, along with industry, environmental, and labor groups, filed comments with the U.S. State Department, which will make a decision on the permit.

The Obama administration last year denied the permit pending additional study of its potential environmental impact. When the draft of that new impact statement was released in March, comments — and uproar — began.

Environmental groups objected that it was prepared by Environmental Resources Management, a company that counts TransCanada as a client. The statement downplayed the firm’s connection to TransCanada as well as the potential climate change impacts and pipeline safety issues.

The Associated Press reported that the Environmental Protection Agency , on the final day of comments, urged the State Department to  “conduct a more thorough analysis of oil spill risks and alternative pipeline routes, as well as greenhouse gas emissions” associated with the pipeline.

Two nights before the comment deadline, Julia Crawford held a day of music and discussion on her family farm in East Texas to benefit their legal defense fund. The family is fighting TransCanada’s use of eminent domain to put their pipeline across Crawford land. The event raised more than $10,000 toward the cost of the appeal.

“It was the most magical thing ever,” Crawford told Fort Worth Weekly. “Weather was perfect, bands were amazing, people respectful of each other, issues discussed, minds and hearts were open.”

Meanwhile, Keystone opponents are planning a protest in Dallas Wednesday evening, when President Obama arrives for a Democratic fund-raiser.

Last week’s Metro, “Sand in the Wind,” inaccurately reported on which state agency is handling the application by EOG Resources for a permit to begin sand mining in Cooke County. In fact, the application was filed with the Texas Commission on Environmental Quality. Fort Worth Weekly regrets the error.