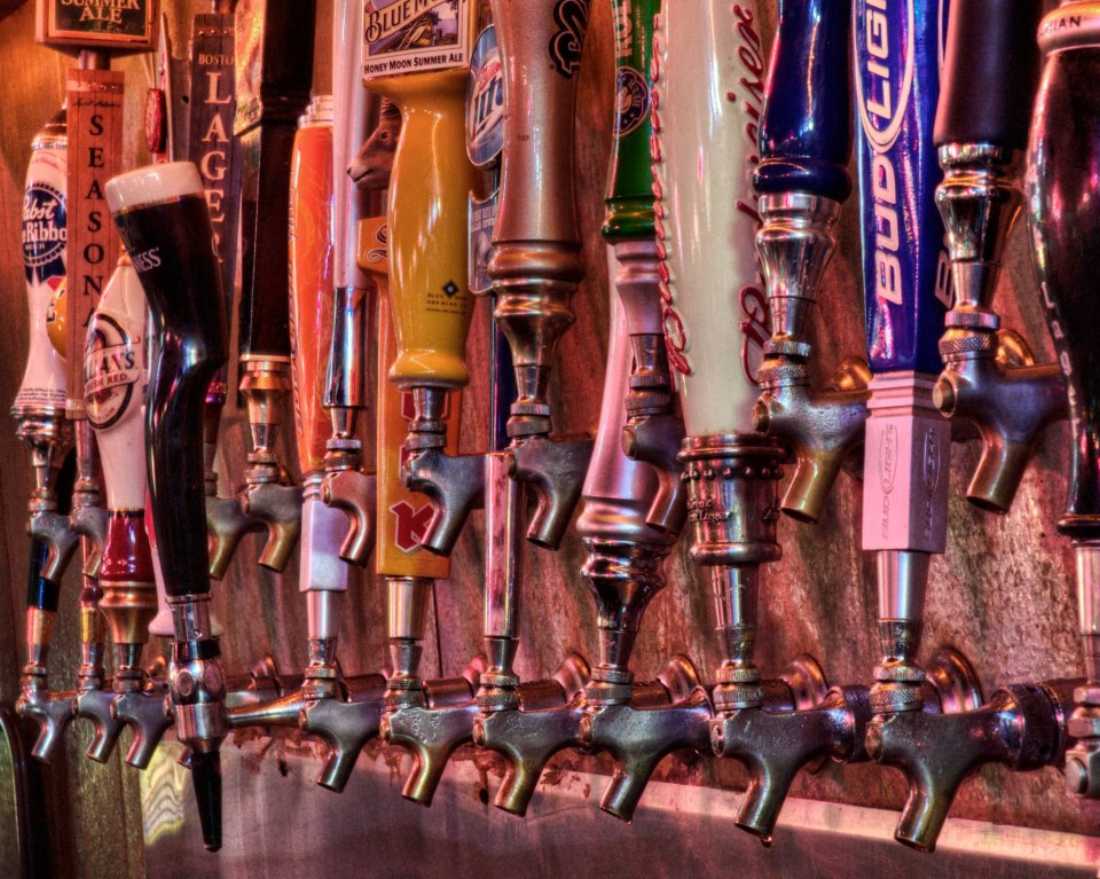 I’d seen No Frills Grill & Sports Bar’s ads, and I’d driven past its locations in Arlington and Keller, but I’d never cared to step through any of their doors until this guy at a liquor store told me they had super-cheap PBR drafts. I’d been doing a beer promo at this place called Bottle Giant and got to talking about beer with one of the employees, a transplant from Michigan. He said PBR was basically his go-to brew, partly because of its drinkability but more so because of its notoriously affordable price. When I mentioned that it was usually, like, $2 a glass, he kind of snorted and said that was ridiculous.

“It’s a buck-fifty over at No Frills,” he said.

Curiously, when I finally did get around to a couple of rounds at the No Frills on Eastchase Parkway, I completely forgot about that conversation, because I was distracted by the menu, mainly because it had taquitos — not the powdered-egg-and-cheese logs you get from Whataburger at 3 a.m. but the crispy ones I used to speed-eat between school and swim practice once I learned to use a frying pan. No Frills’ appetizer menu is a cornucopia of bad-for-you snacks, but none of them conjured the after-school memories that only fried, beef-filled tortilla tubes can.

Anyway, I ordered a Budweiser draft, not even thinking about PBR. It came in a squat, wide mug for $2.25, which was a pretty sweet deal until I discovered that a bucket of six domestic longnecks was only $12, which, if you do the math, is an even more economical way to get hammered. Of course, I’d planned on only drinking two beers, and I ended up tabbing out after my third.

While I waited on my basket of fried nostalgia, I checked out the room. I was sitting at the bar counter, which looked to cover the same square footage as a backyard lap pool. There were probably 10 other people snacking, drinking, and shooting the breeze nearby, with another 30 or so spread out among the joint’s numerous cocktail tables. When I’d walked in, the first thing I noticed was an arcade room of the sort you’d find at a pizza place: tinted glass, four or five now-vintage games (including Cruisin’ USA, as I recall), one of which appeared to be out of order. To the left of the game room is a dining area; to the right is No Frills’ bar section, a cavernous space lit up with flat screens and loud with conversation. A Golden Tee, Big Buck Hunter, and a Donkey Kong/Mario Bros. cabinet lined the walls. I gathered that a lot of patrons were getting beers while waiting for the Rangers game to start, which I thought was sorta funny since the first pitch wouldn’t be for another four hours or so.

A woman with pinkish hair and glasses sat down between me and a 53-year-old dude (he broadcast this fact several times) who ran a dog-grooming business. He claimed, over the course of conversation, to have been the former son-in-law of the number one sheltie breeder in Texas. The woman, named Katie, and I both laughed. “All I can think of when I hear about dog breeders is Best in Show,” she told him.

She was kind of gazing in the direction of an MMA bout flashing on the flat screen above the beer taps.

I may not have gotten what I’d set out for at No Frills, but the happy hour folks I met while eating my favorite childhood munchies more than made up for forgetting about a good deal. A $1.50 draft is great and all, but who you’re drinking it with makes all the difference in the world. –– Steve Steward