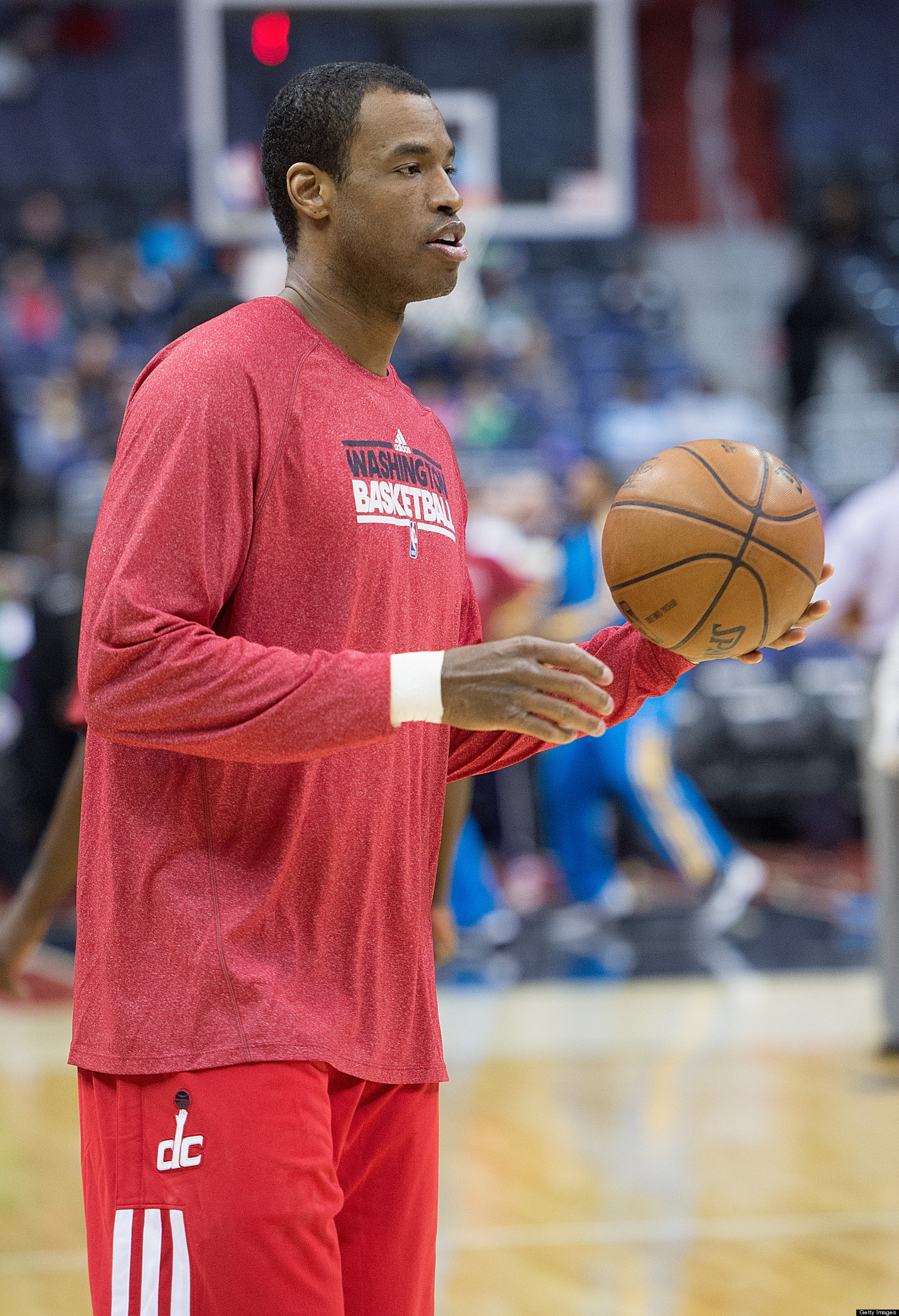 People can be forgiven if they’re a little jaded about celebrities who come out of the closet. That’s because declaring to the world that you are gay or lesbian has largely been the prerogative of actors, musicians, and other “creative” types. There’s not much of a surprise quotient anymore in a Hollywood performer coming out. (In the unlikely event that George Clooney ever announces he’s gay, that will be the exception.)

But professional sports is a very different world than entertainment. All that testoserone stirred up by running after balls has apparently made the locker room a rather hostile place for openly gay athletes. (I could go into how hilariously homoerotic pro athletics can be, but never mind. Terms like “tight end” and “wide receiver” speak for themselves.) In an upcoming essay for Sports Illustrated, veteran NBA center Jason Collins has become the first pro player on any major sports team to declare himself gay. In the process, his brave decision reminds us of two seemingly contradictory realities: LGBT people have made a lot of social and political progress in the last couple of decades, but there is still much ground to cover before anything like equality can be declared.

Collins’ essay is touching and inspiring in its simplicity and honesty. I hope his declaration will open the gates for more truth-telling about the lives of pro athletes, but I’m a little jaded on that possibility. Let’s hope time proves me wrong.