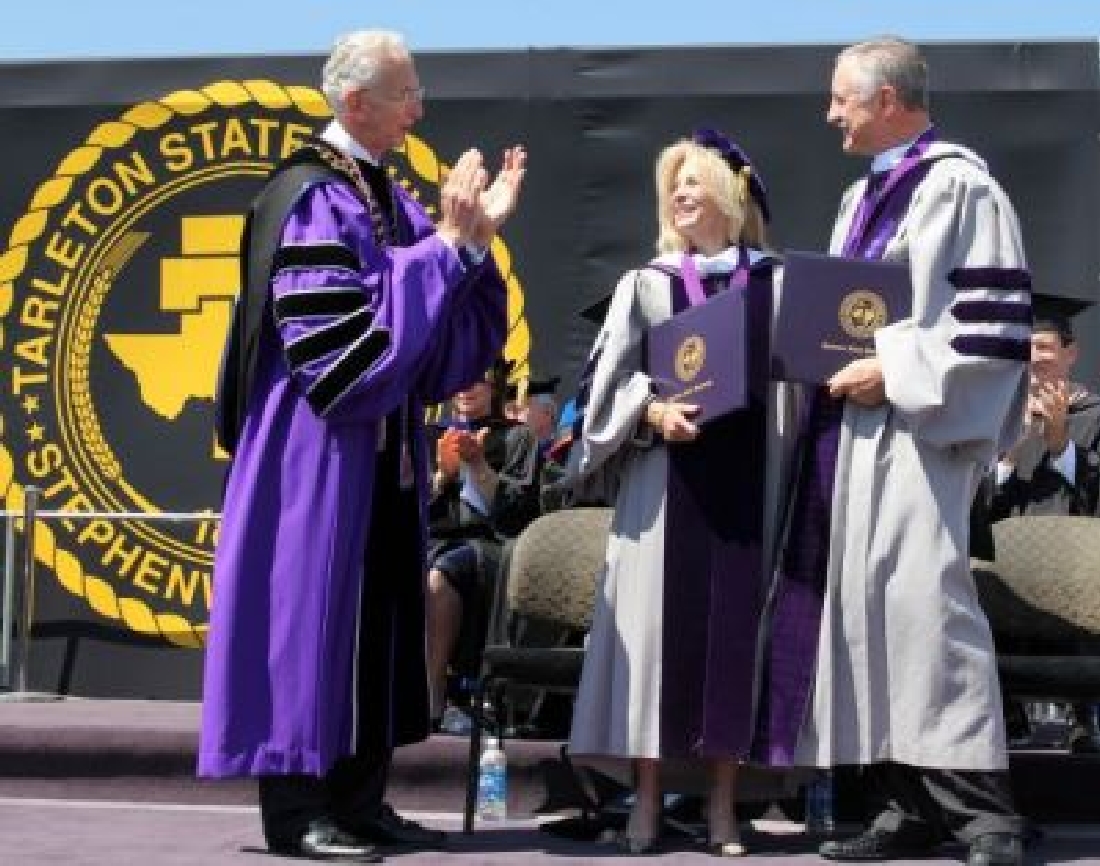 Over the weekend, Mike and Rosie Moncrief, the former first family of Fort Worth, each received an honorary doctor of humane letters degree from Tarleton State University. A press release quoted Karen Murray, provost and executive vice president for academic affairs, who lauded the couple for their “consistent commitment to the common good” and for being “models of engaged citizenship.”

I guess Murray was unaware of Mayor Mikey’s horrible track record of holding the door open for urban gas drillers with scant regulation or environmental protections in place, while lining his pockets with oil and gas money, and protecting elected officials from ethics probes. Maybe she forgot his penchant for abusing eminent domain, shutting out the press and the public from important policy matters, offering tax abatement to every cooperation, neutering the city’s ethics committee, and being generally unaccountable, secretive, and downright hostile to anyone who opposed him.