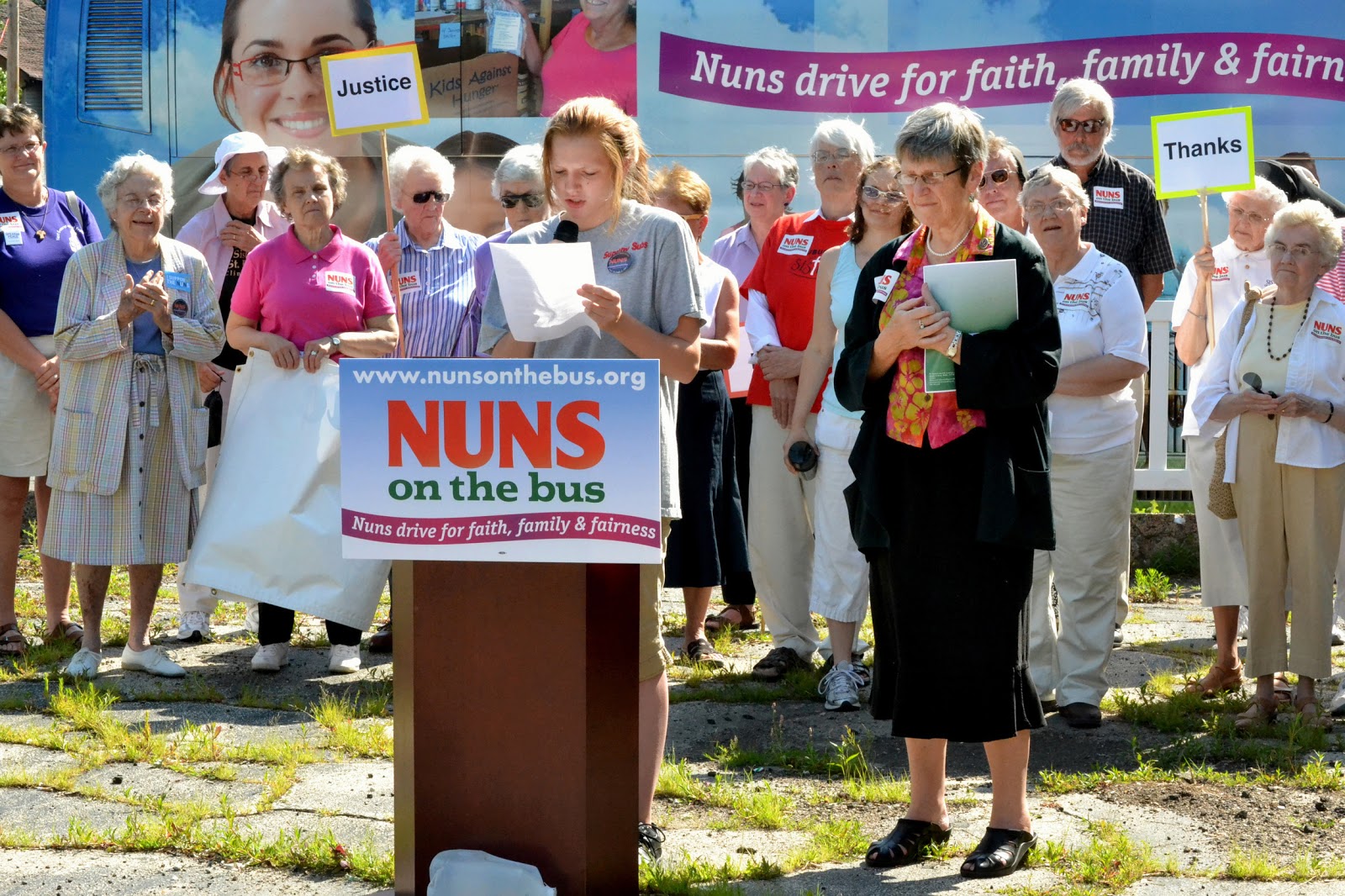 You don’t have to be Catholic or even spiritually minded to get a kick out of the activist group that calls itself Nuns on the Bus. This rolling collection of ordained Catholic sisters has been profiled everywhere from 60 Minutes to the Colbert Report for their genial outspokenness on fractious social issues that roil U.S. conservatives, including Obamacare and immigration overhaul (they support both). Their national bus tours, which began last year, look even ballsier because they continued amidst a hostile takeover by the Vatican of the Leadership Council of Women Religious, the largest group of U.S. Catholic nuns. The reliably out-of-touch male leadership in Rome condemned American sisters for spending too much time on social justice work –– you know, all that Jesus-y stuff like aiding the poor, the sick, the addicted, and the marginalized –– and too little effort promoting the official Roman line on contraception and gay marriage.

The public responded with an outpouring of support for the nuns’ often thankless work at the margins of society. The sisters responded by shrugging their shoulders and continuing their campaigns for justice.

Nuns on the Bus are currently on their latest tour, a 6,500-mile, 40-city road trip to highlight the need for saner, more consistent, and more compassionate U.S. immigration laws. They’ll make their only North Texas appearance in Dallas at 3pm tomorrow (Sat June 8) at Catholic Charities Immigration and Legal Services, 9461 LBJ Frwy. Interestingly enough, it’ll be their first event after stopping at the Houston offices of U.S. Senator Ted “Even My Republican Colleagues Hate Me” Cruz, the Tea Party attack dog. Watch out for those warm sisterly smiles, Mr. Cruz –– they’re just the wrapping paper on a big bundle of smart, steely determination.