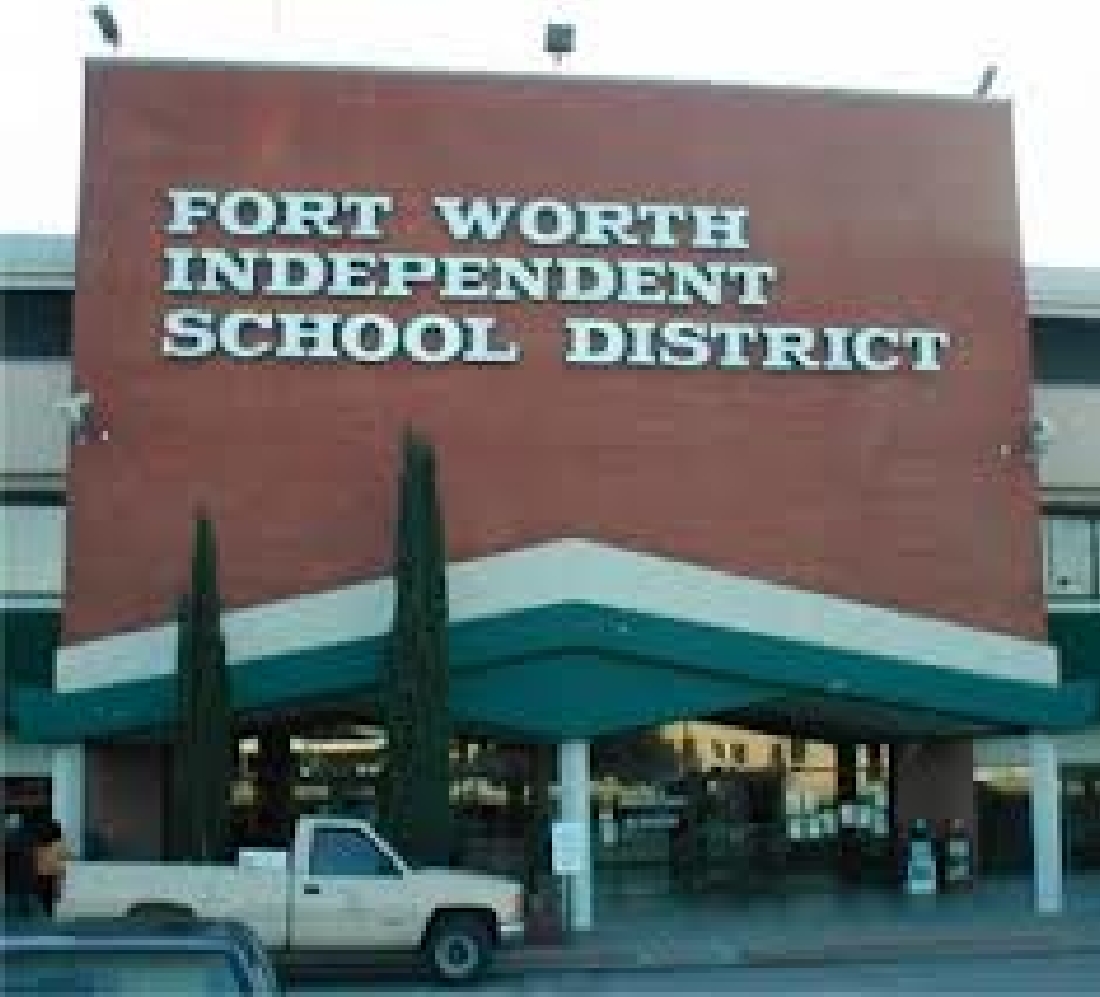 During the part of the meeting open to the public, the Board President Judy Needham announced that the board had signed an amended version of the settlement that ended Palazzolo’s brief wrongful termination trial two weeks ago in Wise County. The agreement sounded like a dream deal for the former assistant principal turned whistleblower at Arlington Heights. It awarded him $300,000 and a two-year administrative contract.

Needham wouldn’t say at that time what those amendments to the agreement were, but the leaked audio revealed the two side’s sticking points.

Trustees apparently plan to put Palazzolo in some “warehouse” job away from children. And – this part is no surprise – the trustees want a clause in which Palazzolo promises not to disclose the settlement terms nor to disparage the district.

There was never any allegation made public or shared with Palazzolo about any substantive misconduct with students. In the meeting, District trustees and its legal team even discuss softening the language of “keeping him away from children,” so as not to suggest inappropriate behavior.

Parts of the recording are unintelligible, and during other segments it is unclear who is speaking.

A voice that sounds like Thomas Brandt, a Dallas attorney who represented the school district in the trial, said that the two sides had a verbal agreement about the type of job Palazzolo would be given.

“We had an oral representation about what we’d agreed upon,” he said. “One of them was that we said he is not going to be working with children, he’ll be in a warehouse, that was agreed to [by Palazzolo’s lawyer Jason Smith].”

“When we were in the judge’s chambers I told Mr. Smith that the plaintiff would not be allowed to work with students, and he said ‘yeah that’s fine, he’ll go work in a warehouse or something,’” she said. “Of course when I put it in writing …he didn’t want that language in there. He didn’t feel it necessary.”

Just after the three-minute mark, a voice that sounds like that of Superintendent Walter Dansby said that he’d “rather the district lose in court” than be responsible for Palazzolo being around children.

Brandt recommended the board “hold fast on that,” he said. “I don’t think there is any reason why we should cave on that issue.”

The contract Palazzolo signed is a standard two-year administrator’s contract, so if the district wants to keep him away from students, it would have to be specified in the settlement, someone in the room said.

Brandt also rejected Smith’s proposal that the two sides issue a joint statement, “because we didn’t want to have a picture with Mr. Dansby and Mr. Palazzolo… singing Kumbaya.”

Brandt also suggested that Palazzolo’s next supervisor would have a difficult job. Should Palazzolo be terminated or his contract not renewed, Brandt recommended that the office of professional standards select an objective third party to investigate the case, because of the history of animosity between the Palazzolo and the district.

“The second day on the job I predict Mr. Palazzolo will make a complaint to OPS, and OPS will feel like, whatever we do, we’re going to be criticized,” he said. “We have a history with this fellow, and we’re going to look like were biased.”

The most vocal trustee in the executive session was T.A. Sims, who was concerned that Palazzolo would be a “lifelong employee” and tough to get rid of.

Brandt also revealed that the district had offered Palazzolo a $500,000 settlement.

Someone else in the room concluded that if Palazzolo were to ever be terminated or his contract not renewed, another lawsuit would be certain.

“There is no doubt that if there is ever reason to not renew his contract for cause, he will sue,” the man said. “That’s a foregone conclusion.”

A woman who sounded like trustee Ann Sutherland said that she was disturbed by news reports that suggested Palazzolo was looking forward to resuming his career.

“I don’t think there is a person in this room that thinks he has a career in the future, but he’s obviously thinking that,” she said.

Brandt speculated that if a settlement isn’t reached, Wise County District Judge John Fostel, who is hearing the case, would be more sympathetic to Smith’s arguments.

“If we don’t get a deal, my life is going to be a living hell during the case, before the judge,” he said. “He will not be predisposed to being gentle with me in the future. So this is the best possible position, so we can say, ‘Judge, we’ve done all we can…’”

The district’s trustees and its legal team decided to approve a version of the settlement that kept the clause that Palazzolo not be allowed around children, but agreed to try and word it more delicately.

Brandt called the district’s version a “take-it-or-leave-it” deal, and urged the board to “continue the brinksmanship and see if they flinch first.”

At the end of the session one person in the room complained that the district had given Palazzolo too much. Another hoped he would “come to his senses and take the money and the job.”

Another point of contention between the two sides included the location of the trial in the case the agreement is breached – Smith wants the trial held in Wise County, attorneys for the district want it in Tarrant.

The audio of the meeting was taken down this morning.

The audio of the meeting is up on Youtube in three segments. Here are the first, second, and third.

Jason Smith, the attorney for Joe Palazzolo issued two statements in response to the leak:

“It sounds like the district wants to change the deal,” he said. “Mr. Palazzolo is willing to honor his word. It is time for the district to set a good example to the children it educates and live up to its word”

He also disputed the assertion made by the district’s legal team that he had agreed to a deal that would place his client in a position away from students.

“Neither Mr. Palozzolo nor his counsel ever agreed to any provision that required him to stay away from children,” he said. “Even the district’s lawyer admitted during opening statement of the trial that there was no misconduct by Mr. Palazzolo involving children ultimately found.”