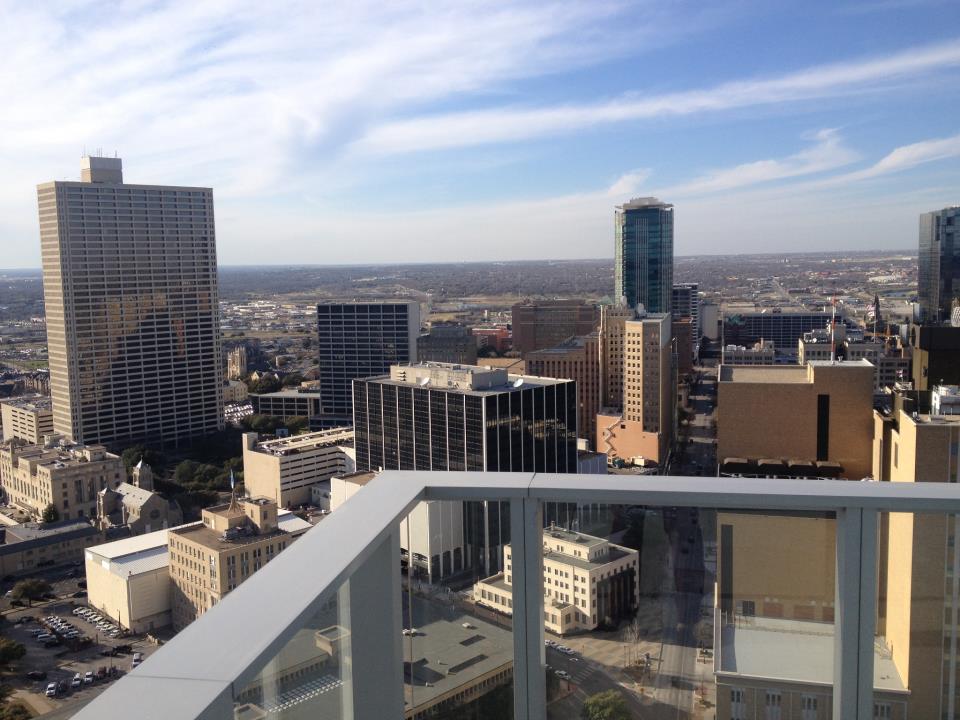 Gee, what are the odds that a lecture called The Most Exciting Downtown in Texas Is Getting Even Better would be given by Sundance Square CEO Johnny Campbell? Still, this Design Talk figures to give us a taste of what to expect when the newly refurbished downtown area is unveiled in November. The talk is at 7pm at Fort Worth Center for Architecture, 3425 W 7th St, FW. Admission is free. Call 817-921-2111.

Liquid nitrogen requires delicate handling, but a little bit can turn a base of heavy cream, eggs, and sugar into delicious ice cream in seconds, accompanied by a spectacular-looking cloud of fog. You can see this process in action at Fort Worth Museum of Science and History’s Cool Science, which also includes sodium polyacrylate fake snow and other beat-the-heat challenges. The event runs Wed-Sat at 1600 Gendy St, FW. Admission is free with museum admission. Call 817-255-9300.

Gifted with stage presence and the ability to relate to his audience, Cowboy Bill Martin has been no stranger to the comedy venues in Tarrant County, but today he’ll be at the Rose Marine Theater to film footage for his new DVD and also to benefit Cowboys Who Care Foundation. Wear something nice so you’ll look good laughing on the DVD, or wear something silly and give him material to work with. The shows are Thu-Fri at 1440 N Main St, FW. Tickets are $20. Call 817-624-8333.

Bill Bellamy had his heyday in the late 1990s, but he has remained busy since, most recently playing the lead role in the syndicated sitcom Mr. Box Office. The man credited with coining the phrase “booty call” returns to his standup roots when he drops by the Improv in Arlington this weekend. The shows are Fri-Sat at 309 Curtis Mathes Way, Arlington. Tickets are $25-35. Call 817-635-5555.

Chefs from Olenjack’s Grille, Tokyo Café, The Wild Mushroom, and other local eateries will do the cooking for the Dinner Party for Life, the third annual fund-raiser for Cuisine for Healing. Classical guitarist Kevin Townsend will perform for this six-course dinner with wine pairings. The dinner is at 6:30pm at Acme Brick Corporate Campus, 3024 Acme Brick Plaza, FW. Tickets are $125. Call 817-231-2377.

George Washington’s personal copy of the Acts of Congress includes the U.S. Constitution and the Bill of Rights, with the man’s handwritten notes in the margins. This unique document comes to SMU this week as part of the exhibit Hail to the Chief: American Presidential History in Word and Image. That exhibit is up through September, but the Acts of Congress is only on display Jul 14-27 at DeGolyer Library, 6404 Hyer Ln, Dallas. Admission is free.

If you missed Josh Groban’s movie theater broadcast last February, or if you simply can’t get enough of the long-haired classical-lite singer, you can catch the edited encore broadcast All That Echoes Artist Cut. The broadcast is at 7:30pm at various movie theaters; check Calendar for locations. Tickets are $13-15. Call 818-761-6100.