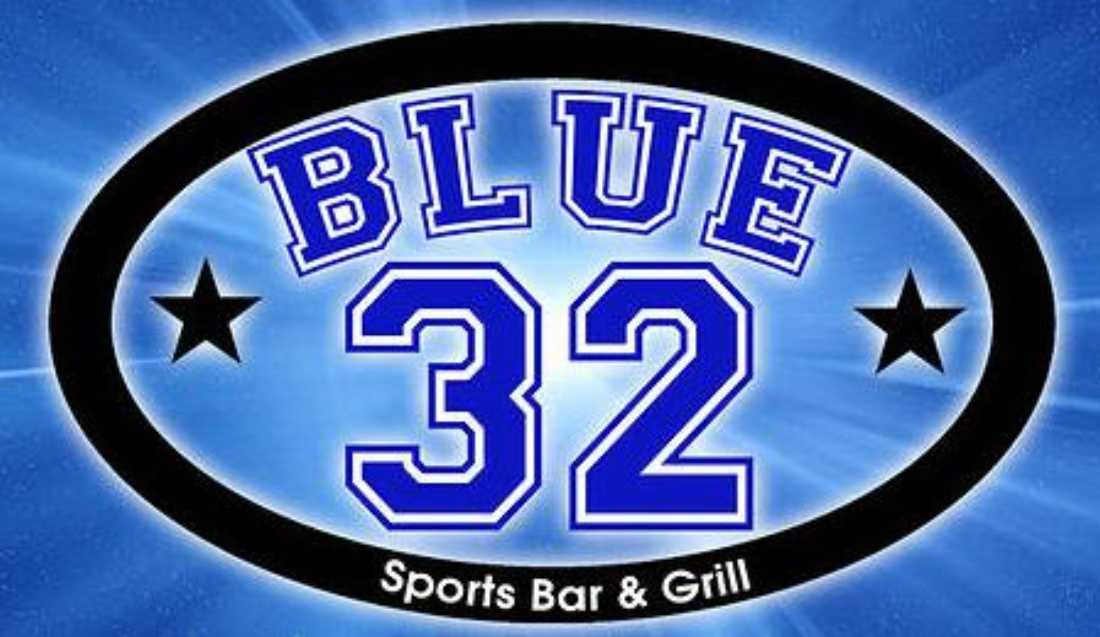 Back in June, I bitched about making the drive to north Fort Worth only to find that my intended destination, a new sports bar called Blue 32, was actually closed, despite what the bar’s website said about operating hours. Knowing full well that bar owners have about a zillion things to worry about before maintaining an accurate web presence, I still got huffy in print. In an effort to make myself feel better and to give Blue 32 a fair shake, I made a point of showing  up when someone was actually there to pour beers, around 6 p.m.

Half expecting to strike out again, I was relieved to find cars in the parking lot and umbrellas open in the patio. Beyond a glass entryway that reminded me of the time I bonked my face on one at Bar Louie lay a big room crowded with cocktail tables, floored with faux wood-grain linoleum, and hung with TVs. Backed by a wall of floor-to-ceiling mirrors, a stage spread out from the west end of the room; even if the mirrors didn’t exaggerate its size, the stage was still pretty damn big, and I recalled that Blue 32’s website advertised live music, though as to who was playing and when, I couldn’t say — the site’s “events” link basically said to check the monthly calendar for band bookings, and I wasn’t at all surprised to find that no such page exists. At Blue 32, I guess you have to take such things on faith, or be good at guessing and show up at the right time. Friday or Saturday nights are probably a safe bet.

This being a lazy Sunday and all, there wasn’t anything going on beyond some folks crowded around the rectangular bar separating the room from the outdoor patio as West Coast Customs aired on the TVs above. I sat away from them and looked at a menu, deciding on a Philly cheesesteak.

I wouldn’t say that the service was bad, but I did sit there for a few minutes before a server noticed me. She was friendly enough, as were the other two who came back to check on me, refill my beer, and deliver the sandwich. With its toasted hoagie full of grilled beef, onions, peppers, and provolone, Blue 32’s take on the Philly wasn’t the greasy, Cheez Whiz-filled dream-come-true I’d eaten the one time I visited Philly, but the bread didn’t turn into a soggy mess, and the thinly sliced beef still had a little bit of moisture. The last couple bites, though, were like eating beef-flavored construction paper. The fries — long, barely crisped strands of fresh-cut potatoes — were as good as anywhere in town. The food didn’t knock me for a loop, but damned if I didn’t clean my plate.

Besides a bunch of TVs, macrobrews on draft, and the specter of a live music schedule, Blue 32 also sports a couple pool tables, plus one of those who’s-the-biggest-meathead punching-bag games; I thought there were two of them, but it was a reflection in that huge wall-to-wall mirror. The server who came by the most frequently was really nice, and everyone drinking seemed to be having a blast. I guess I had a decent time too, though probably not good enough to justify a 25-minute drive, especially with a return trip made under the weight of a heavy sandwich and a few beers. Still, if you live in the hinterlands of Saginaw or the eastern edge of Lake Worth, Blue 32 is a pretty good place to hang out. And who knows? Maybe you’ll actually see a band! – Steve Steward

Keys Lounge owner Danny Ross reports that Sunday’s massive benefit jam to raise money for employee Jim MacNeal’s cancer treatments was a roaring success. Some 30-odd musicians donated their time and hot lixx to the event, and more than $5,000 was raised to help pay MacNeal’s medical bills — big numbers from a lot of big hearts. – S.S.