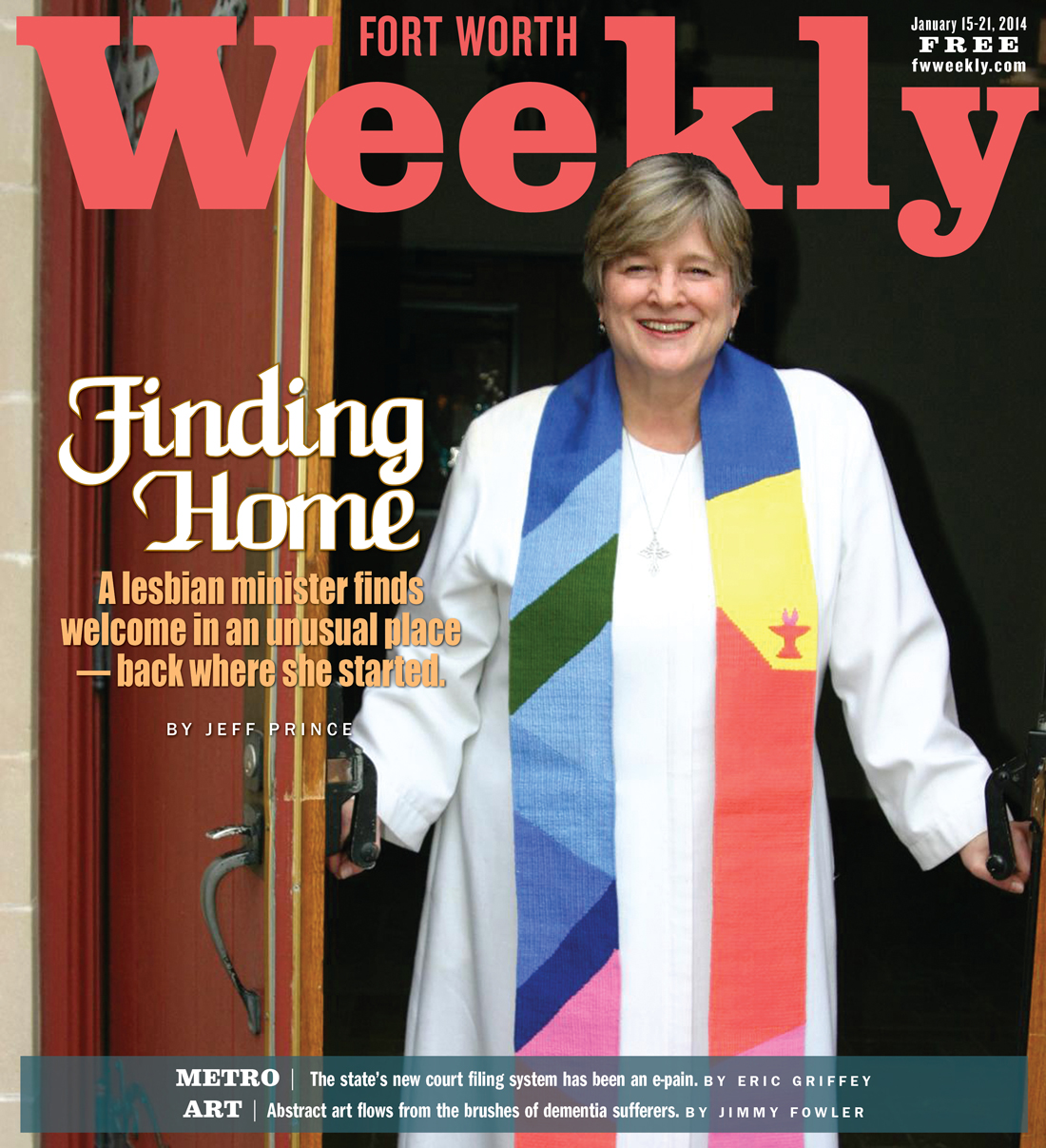 Sunlight through a stained-glass window cast a glow around Dorothy Blackman, who sat primly on a wooden pew, hands folded in her lap, hair neatly curled, serene smile on her face. The 11 a.m. worship service wouldn’t begin for another 20 minutes. The other pews were empty.

The organist had called in sick, and so a trio –– guitar, bass, and keyboard –– were filling in. They had played at the 9 a.m. service in a more casual meeting room where some families with young children like to attend.

Older members prefer the later service in the more ornate sanctuary with a traditional organist. The trio busted out a quick rehearsal and the music was too loud for Blackman’s taste. She didn’t complain. The church is 110 years old, and she’s attended for most of her 90 years. It’s home to her.

“This is Dorothy, the queen of the congregation,” pastor Lee Ann Bryce told me as we walked into the worship space.

“It’s a lofty title, but it doesn’t pay much,” Blackman retorted.

Blackman, a widow, has seen numerous pastors come and go over the decades. Bryce ranks “right up there with the best,” she said.

Bryce is also a rarity in the United States and especially in conservative Cowtown –– an openly lesbian minister leading a non-gay church.

First Congregational United Church of Christ sits atop a scenic hill south of Texas Christian University on Trail Lake Drive. It’s the city’s only United Church of Christ congregation. Blackman approved when the congregation declared itself “open and affirming” several years ago. Few churches in the Metroplex tout that designation. It applies to churches vowing to embrace everyone regardless of racial or cultural backgrounds, but it’s most often associated with welcoming gay members –– not just tolerating them, but appreciating them.

First Congregational’s 100 active members were mostly middle-aged or older straight couples in 2008 when they made that decision. Three years later, the church needed a new pastor. A search committee spent 20 months looking for the best fit. They wanted someone who could attract more young couples and children and put together better musical programs and more progressive sermons –– more energy, more light.

Bryce had been ministering at a New York church for 10 years and was looking for a change as well. She fit the Fort Worth church’s criteria perfectly on paper and during phone conversations. The search committee didn’t flinch when she told them she was married to “my partner Lisa.” Bryce and Lisa November had been legally joined in a marriage ceremony in Connecticut in 2011.

All that remained was a face-to-face interview and an introductory sermon to the congregation, followed by a vote. Traditional male ministers bring their wives to new churches, introduce them to the congregation, and involve them in most church functions. Bryce would be no different. If church members wanted her to lead them, they’d be getting November too.

The church had talked the talk; now it was time to walk the walk. A few members hesitated. One wondered whether hiring a lesbian would draw other homosexuals and transform First Congregational into a so-called “gay church” with a majority of gay members. Bryce said she wanted the job, but only if at least 90 percent of the congregation approved. A vote was held; 94 percent wanted Bryce to start a new life in Cowtown.

“She radiates love,” church member Terri Andow said. “She’s like a little sun-shine. You hug her, and you feel good for the rest of the day.”

For Bryce, moving to Fort Worth was a sort of prodigal return. She grew up tightly closeted in Arlington, pushing away any notions about being gay for fear of disappointing everyone around her, including herself. She’d left Texas many years earlier for a fresh start, settled in Colorado, eased her way out of the closet, married a woman, sued a church that fired her for being gay, become an ordained minister, gotten a divorce, preached at a New York church for a decade, and married another woman.

Returning to her old conservative stomping grounds was scary.

“Being from here, I was worried,” she said.

What awaited her wasn’t what she expected.