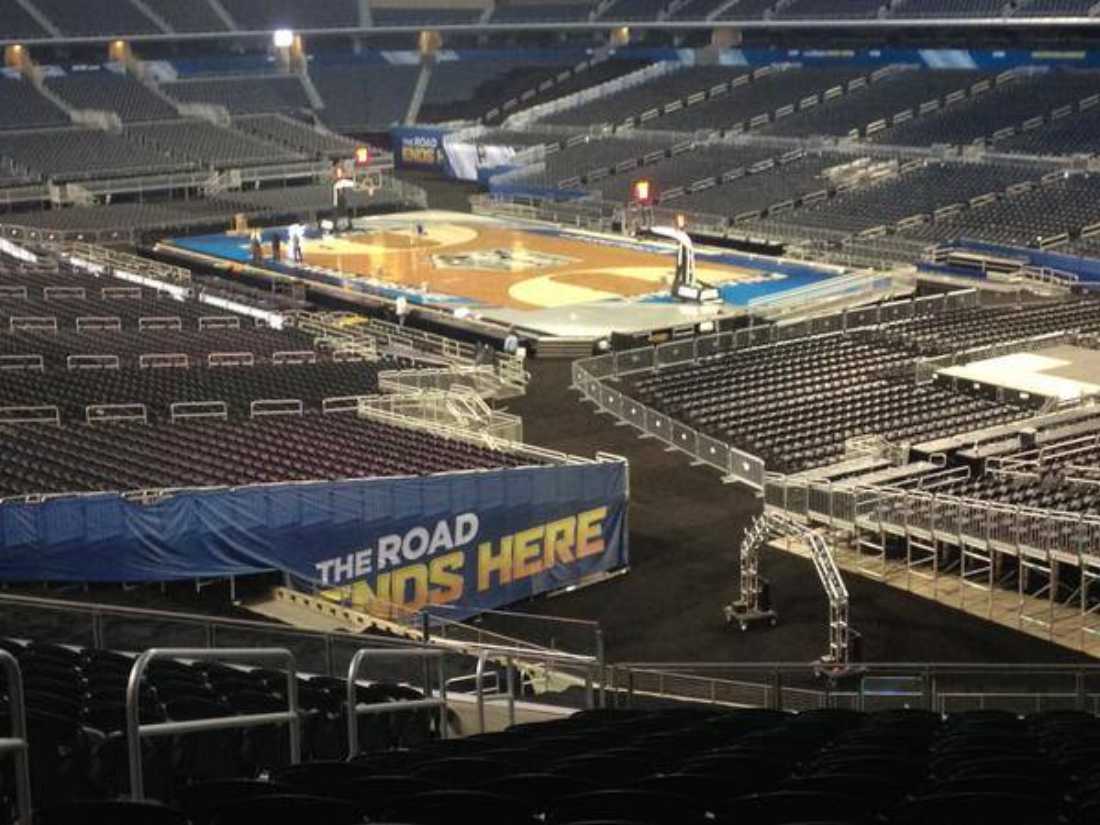 Jerryworld, a.k.a. AT&T Stadium, now gets the opportunity to make up for that blizzard-stricken Super Bowl of a couple of years ago by hosting the Final Four this weekend. The games are on Saturday –– Florida and Connecticut will tip off at 5:09pm and be followed by Wisconsin versus Kentucky –– but there’ll be partying all weekend long.

The March Madness Music Festival starts at 3pm on Friday at Reunion Park with Jason Aldean, Eli Young Band, and The Wild Feathers. The Killers and Tim McGraw play Saturday starting at noon, and Sunday will be capped by Bruce Springsteen & The E Street Band.

The championship game will be Monday night, and though we don’t want to play favorites, Night & Day is really looking forward to a Florida-Kentucky tilt.

The traditionally powerful Gators   are the No. 1 overall seed in the tour-nament and haven’t lost a game since Dec. 2. The team they lost to? The team they’ll be playing in The Final Four, UConn. But things will be different this time. The Gators had been playing without their best perimeter defender, senior Scottie Wilbekin, when the Huskies launched their buzzer beater.

True, Florida beat Kentucky three times this season, but these young Wildcats are not the Wildcats of the past few weeks. They’ve matured quickly, rattling off wins against Kansas State and, in nail-biting fashion, against three of last year’s Final Four: Wichita State, Louisville, and Michigan. But we won’t know whether youth can prevail over experience unless Kentucky first gets by Wisconsin, whose offense is versatile and defense relentless, some may even say “badgerlike.”