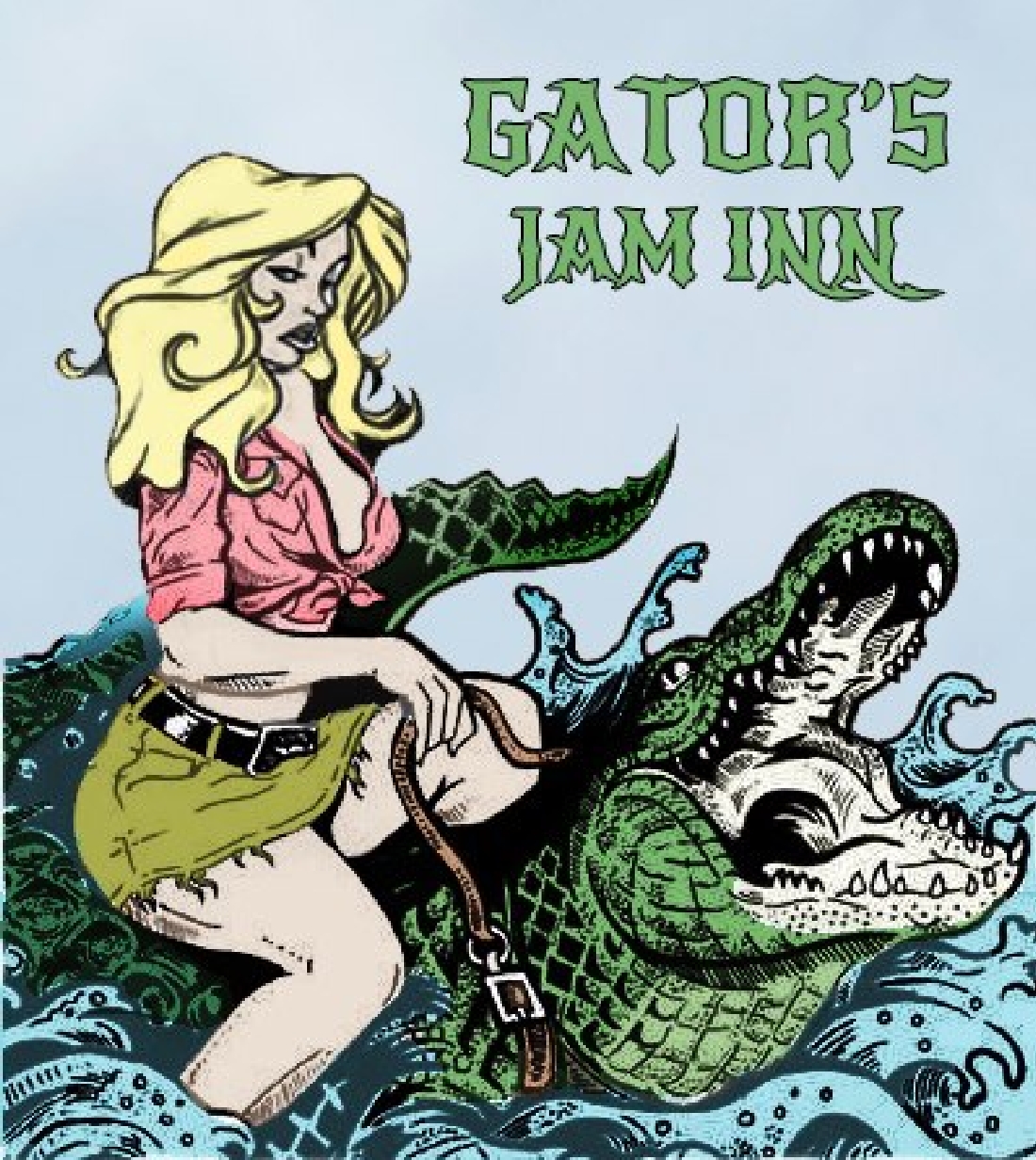 I’m just going to throw this out there: All the neon trim lining the eaves of the buildings on Race Street is kind of deceptive. It makes it look like the neighborhood between Sylvania Avenue and Belknap Street is lined with bars. In fact, apart from Fuzzy’s Tacos and a burger joint, there are only two: Dino’s Bar and Grill and Gator’s Jam Inn II.

I went to Gator’s on a Monday night, thinking it was some out-of-the-way spot to grab a quiet beer. While Race Street is kind of off the beaten path for non-Riversiders, Gator’s was not at all quiet. I pulled into a parking spot across from the bar right as some biker started blasting the throttle on his Harley, the flatulent roar reverberating off the buildings across the street. Is that the only way Harleys can be started? I guess I’m glad I don’t live near someone who has to ride one to work every morning. In any case, the guy just sat on his bike, revving its engine as I walked to the entrance. As I opened the door, however, I was disoriented by another sonic assault — the crunch of a distorted guitar from inside.

“That must be the ‘Jam’ part of Gator’s,” I thought. Seated on a pair of stools directly to the right of the door were two dudes, one on bass, one on guitar. They had just finished some song, proclaiming to the half-dozen people there that they’d be right back and that you should stick around for a lot of other great musicians. I was confused, because it didn’t look there were enough people to constitute “a lot” (unless they were all backstage, wherever that could have been), and I was also confused because the guitarist had a Stratocaster plugged into this little practice amp (itself seated on its own stool) that didn’t look like it could have produced the kind of volume that could drown out a Harley.

Big things come in small packages, I guess, and in a way, that sort of describes Gator’s. While it’s still pretty new and nicely maintained, it’s not a big room — maybe 60-person capacity — though it does have enough space for some cocktail seating and a pool table. The ceiling slopes upward at an angle, which gives Gator’s a sort of secret clubhouse vibe. Gator’s also serves food, though I didn’t see a menu and couldn’t tell where any cooking or sandwich assembling could go on.

I sat at the far end of the bar, near a post that led to the pinnacle of the roof and a rocks glass filled with business cards, most of which advertised a single tattoo shop, except for one for some resale shop in Justin called The Gatling Gun Outpost. The musicians posted up at the bar while another patron loaded the internet jukebox with Tool songs. As “Aenema” thundered out of a pair of mains set in an alcove above the front door, I figured that little amp must have been mic’d into them, because I was still baffled by all of that volume, the sound made even louder by the high ceiling and the confines of the room. I didn’t mind. If I’d really wanted a beer in a quiet place, I could’ve stayed home.

Race Street might still have a ways to go as an entertainment corridor, but Gator’s is a pretty good stop in an otherwise sleepy part of town, at least as far as the evenings go. The beer selection won’t blow anyone’s mind, but the bar is no-smoking inside (there’s a patio for people who need to light up), and even though you might be intimidated by the motorcycle component, everyone I passed on my way to a Budweiser smiled or said hello — there wasn’t any unpleasantness, in other words, just some people getting some drinks in on an easygoing night. –– Steve Steward