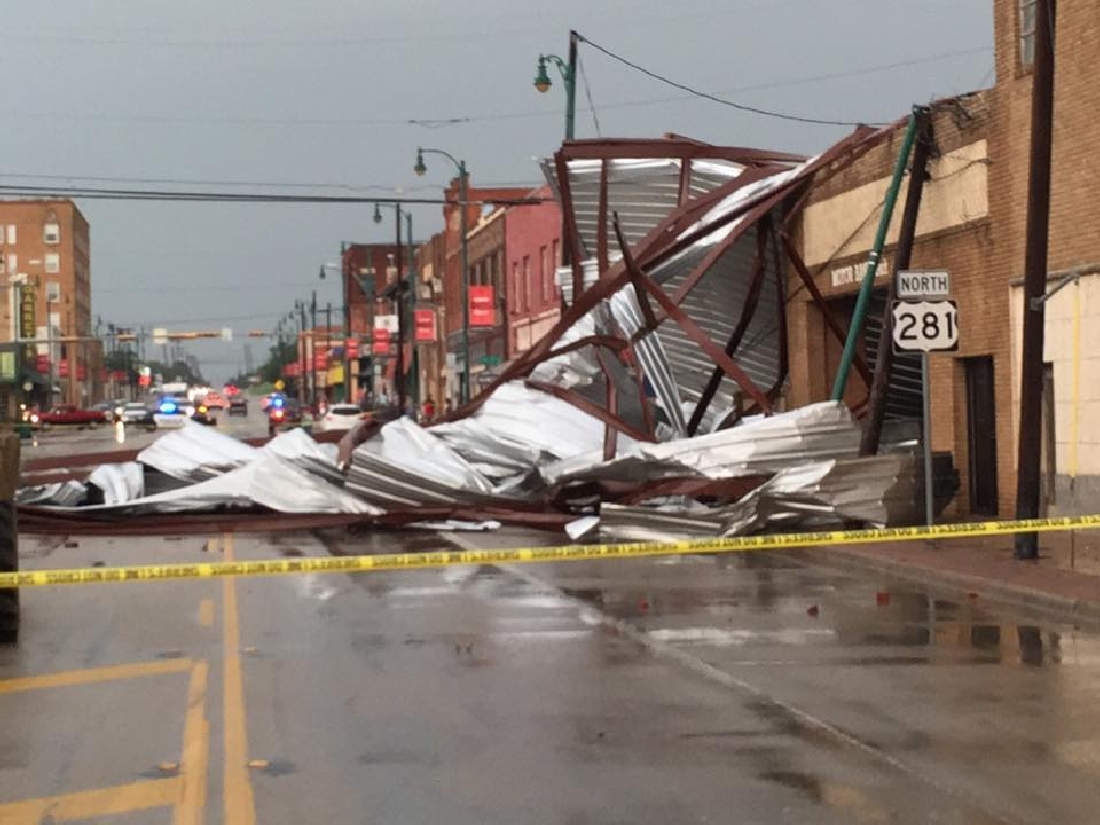 We’re Not in Kansas Anymore

Downtown Mineral Wells looks like Fallujah this morning after a tornado wreaked havoc last night. The funnel touched down right on top of the city’s police station, but only caused minor damage. An abandoned building behind the historic Baker Hotel was destroyed, and various power lines, debris, and members of the Lollipop Guild from Oz are scattered all over the street. The Texas Department of Public Safety has advised people to avoid the area. So far there are no reports of injury, but the city still doesn’t have power.

On the plus side, NBC 5 got to fire up “The Thunder Truck” to cover the aftermath of the storm. On the oh-my-God-you’ve-got-to-be-kidding-me side, the National Weather Service is expecting more severe weather tonight.

Montgomery Street may be getting a roundabout at its five-point Camp Bowie intersection. The Arlington Heights Neighborhood Association blog said the proposed improvements on the street between Interstate 30 and Camp Bowie include better drainage as well as “traffic signals, street lights, sidewalks, possible bike lanes, and a roundabout,” which sounds better than my idea for a texting lane.

A search for a boy who went missing around Lake Worth on Sunday had a happy ending. Lakeside Police found the kid unharmed at an area supermarket. Police found his bike, fishing gear, and a windbreaker on the shoreline Watercress Court in Lakeside on Monday morning.

Be on the Lookout

There was a possible kidnapping attempt around Morningside Middle School yesterday. A student reported a man driving a black and white 1990’s Chevy Blazer tried to grab him/her while the student was walking to school near the intersection of Riverside Drive and East Robert Street.