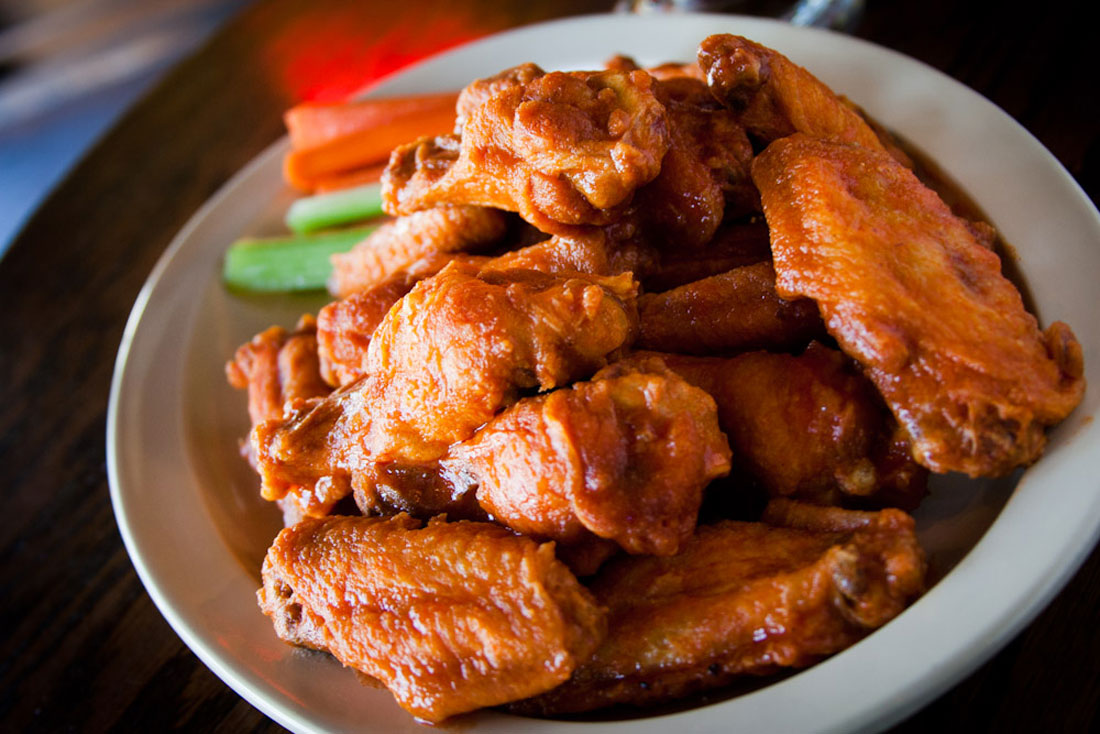 International Chicken Wing Day occurs Sunday July 5, although some sources cite July 3 as the day the world celebrates one of the oddest parts of the chicken. Just as with the origin story of one of America’s favorite appetizers, there’s a little controversy. One source indicates that chicken wings became a thing in the 1960s, when a Buffalo, NY restaurateur reportedly prepared and served a mess of wings which had been delivered to her by mistake.

However, John Young, another foodie entrepreneur also based in Buffalo, has claimed that he originated the dish, along with his secret recipe “mambo sauce.”

The concept of waste not, want-not eating isn’t particularly original. But with the exception of livers and gizzards and spleens (oh my!), the chicken wing is arguably the least appetizing thing on a bird…until you fry those suckers up and dip them in sauce.

My favorite go-to place for chicken wings in Fort Worth is Buffalo Bros across from TCU. The wings are always extremely fresh, which gives the traditional unbattered wings that satisfying “snap” when you bite into the fried skin. And boneless wings are basically two for a buck during the weekday happy hours. There are only six sauces from which to choose, but perhaps it’s better to do fewer things well.

If you prefer sauce variety, Arlington’s Atomic Subs and Wings (near UTA) offers a choice of a dozen, ranked from the mildest (Rockstar) and going up the Scoville heat chain. I stopped at the Atomic, which is billed as the second to the hottest sauce in the joint, fearing that the spiciest Hellfire sauce would, as advertised, burn my lips off. If you’re feeling particularly brave, take Atomic’s Colon POW! Challenge: Eat 15 of their ghost pepper-infused wings in 10 minutes, without using sauce or begging for a drink of water, and you’ll earn a free T-shirt and a spot on their Wall of Fame. And you know, perhaps some other less appealing things as well.

Frankie’s Sports Bar in downtown Fort Worth offers a choice of nine wing sauces, including the Walter Peyton (“Sweetness with a little bit of heat”). Go to Frankie’s if you’re wanting a show with your wings: there are giant televisions everywhere you look.

If you’re not near any of those places, the Wingstop franchise also makes a pretty decent wing, with a goodly number of sauce choices. The bonus with Wingstop is the side of addictively delicious fries, which are coated in a sweet/salty spice blend.  And of course, Bone Daddy’s features grilled wings, and Hooters calls theirs “Flappers.” Because….what else would you serve in a breastaurant but chicken wings?