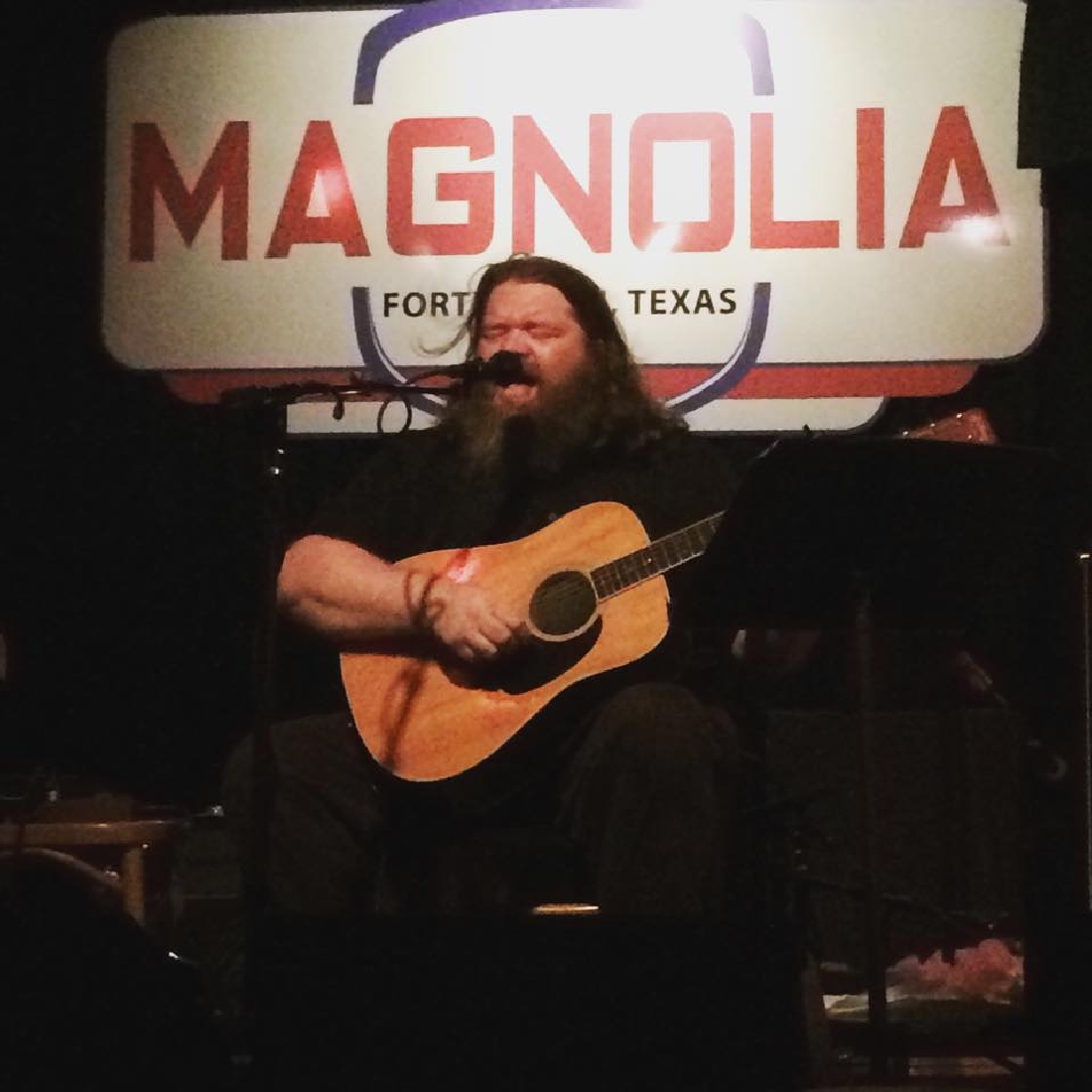 Fort Worth seems to have a love-hate relationship with cover bands. Some people love them and others live by “original music only” mantras. Why not enjoy both? Fort Worth is home to several special cover band shows that showcase musicians who normally create their own original music:  Fort Worth Rock Assembly and Panther City Pep Rally, to name a couple. Then there are people out there who make their living playing the music of others. Michael Richardson, known as Big Mike, is one of those people, and he does it beautifully.

Sunday night I ventured to Magnolia Motor Lounge to catch Richardson’s weekly set at the joint. When I arrived there were a variety of people there, but as the night wore on it became a crowd of mostly other musicians who came out to see this Fort Worth legend play.

Richardson mentioned that it had been a rough couple of weeks for him, playing memorial services for two beloved friends he had lost. At the beginning of his set, it was evident that his spirits were low. He played his way through a couple of Grateful Dead tunes, some Eagles, and a handful of songs from The Who’s “Quadrophenia.” He took a few requests: Led Zeppelin, The Band, David Bowie, and Queen. Richardson’s ability to recreate the songs perfectly with only an acoustic guitar and his voice is quite phenomenal. Regardless of how you feel about covers you have to admit that anyone who can sound like Roger Daltrey one minute and Freddie Mercury the next has to have an enormous amount of talent. Then when you see Richardson singing Robert Plant whilst simultaneously playing Jimmy Page you start to wonder if there are any original musicians playing such intricate lead guitar parts while singing.

Eventually, I put in my normal request for Elton John’s “Mona Lisas and Mad Hatters” and Richardson declared the remainder of the night an all Elton John affair. Richardson’s spirits lifted as friends requested their favorites, shots were taken, and a fan did an interpretive dance to “Tiny Dancer.” Richardson exchanged jokes with the crowd and made everyone in the audience a part of the show. There were a couple of song requests that Richardson claimed not to know, then he played them anyway with only a couple of lyrical prompts from the crowd. He’s pretty much a walking jukebox of classic rock tunes. He only refused a couple of songs such as “Levon” because he “plays them all the time.”

This Sunday, Richardson will be playing Magnolia Motor Lounge again with Big Mike’s Box of Rock, which features Justin Pate on keys, Matt Mabe on drums, and Kevin Davis on bass. I dare you to go and request something they won’t know.