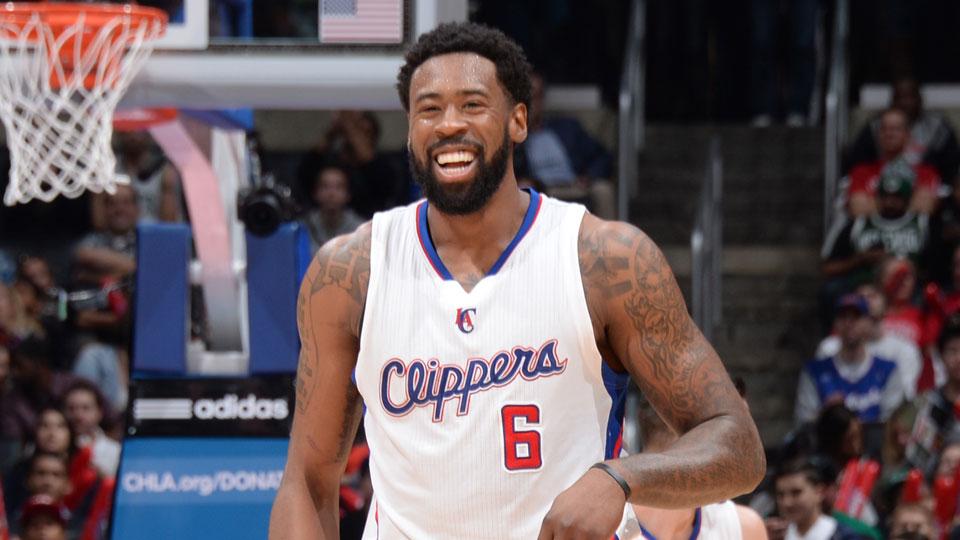 You should give Mark Cuban or Donnie Nelson a big high-five the next time you see one of them at the massage parlor or Elk Lodge bingo tournament. They did something really tough. Armed only with piles of money, they signed two in-demand free agents. Trust me, they deserve your congratulations for it. The task is tougher than it seems.

Truthfully, your Dallas Mavericks had more assets than just money to bring to bear in signing DeAndre Jordan and Wesley Matthews. They apparently had top account executives Chandler Parsons and Dirk Nowitzki at their disposal. Plus both signees are native Texans and Jordan was allegedly dissatisfied with the insurance he bought from Cliff Paul, or something like that. Still, Cuban and Nelson did superb work.

Free agency emerged in the 1970s and while some future column may delve into the process’s positives and negatives, it certainly came to stay and teams have had to learn to deal with it. Each sport has different rules governing the process, but at some point every player will get the chance to shop his or her services to teams other than the one for which he most recently played. So that brings us to the first reason why free agency is challenging: there are a lot of teams in these leagues.

If you’re as good a rebounder as Jordan (and you’re not – nobody is), every team in the league could use you. The teams interested in your services have a lot of competition. A lot. And they’re all owned by rich guys flush with TV money.

Ah, yes, that calls to mind reason number two – money. If you want to sign a good player who is a free agent, you have to spend millions of dollars you could have used on other, different players or a fleet of yachts the size of the Danish navy (approximately – I didn’t really check up on the current seaborne prowess of the Danes and their Søværnet). Plus, the money is complicated to spend, because you’ve got salary caps and luxury taxes. It’s not enough to just write a check AND balance the checkbook afterward. You have to do math. Give Cuban and Nelson another high-five for doing MATH.

Reason three contradicts reason number two: money doesn’t matter. That’s especially true when it comes to marquee free agents in the NBA. There’s this thing called a max contract, which is basically the most you can offer a player without an extensive illegal laundering operation. So you can’t even outbid anybody, really. And, in fact, his current team can pay him more than you anyway. So effectively the big guys get to play where they want to play and for Danish navy-sized money. That’s true in any league, too. There is always someone else out there with lots of money, often lots of teams. A player can make his decision based on factors other than money if he wants to and will still be able to afford an entourage for life.

So Cuban, Nelson, and company truly pulled off something here. Whether it was their free throw shooting coach, medical director, or the fluffy towels in the locker room, they did something to convince two prime free agents to come to Dallas.

How do I know this process is so hard? I’ve tried it. When I worked for the Rangers and Stars, my job entailed helping craft pitches to free agents. These usually involved video of some sort and anything else the baseball or hockey operations department could think of that might influence a prospect and overcome reasons 1-3 above.

The greatest success occurred in 2002 when a DVD we did helped impress top targets Bill Guerin, Scott Young, and Philippe Boucher. Stars GM Doug Armstrong went in with a superb plan and a pile of Tom Hicks’ money and it paid off.

The greatest disappointment came at the hands of Zack Greinke. He told the baseball ops guys he loved the pitch and then signed with the Dodgers, who offered him a whole lot of reason number two.

The Rangers have had a reputation for not being able to sign pitching, but it has not been for lack of trying. The care we put into pitches for the likes of Roger Clemens, Barry Zito, and Matt Morris, plus the huge cash Mr. Hicks offered them, made it hurt when they declined the offers. Sometimes it was reason one or two (Yankees or Giants), sometimes, it was reason three (hitters’ ballpark, staying close to home).

I will always count Kevin Millwood as a favorite player. Besides being a quality guy, he signed with the Texas Rangers the year after he won an ERA title. Kevin helped me, and a bunch of others in the organization, enjoy some success in a challenging business. Mark and Donnie, I know how you feel this week. Have a high-five.

Note :
OK, I had to look it up. Wikipedia says the Danish navy guys have twelve big ships plus other smaller ones. They include three “air defence frigates” built by “Odense Staalskibsværft,” all of which sounds cool.