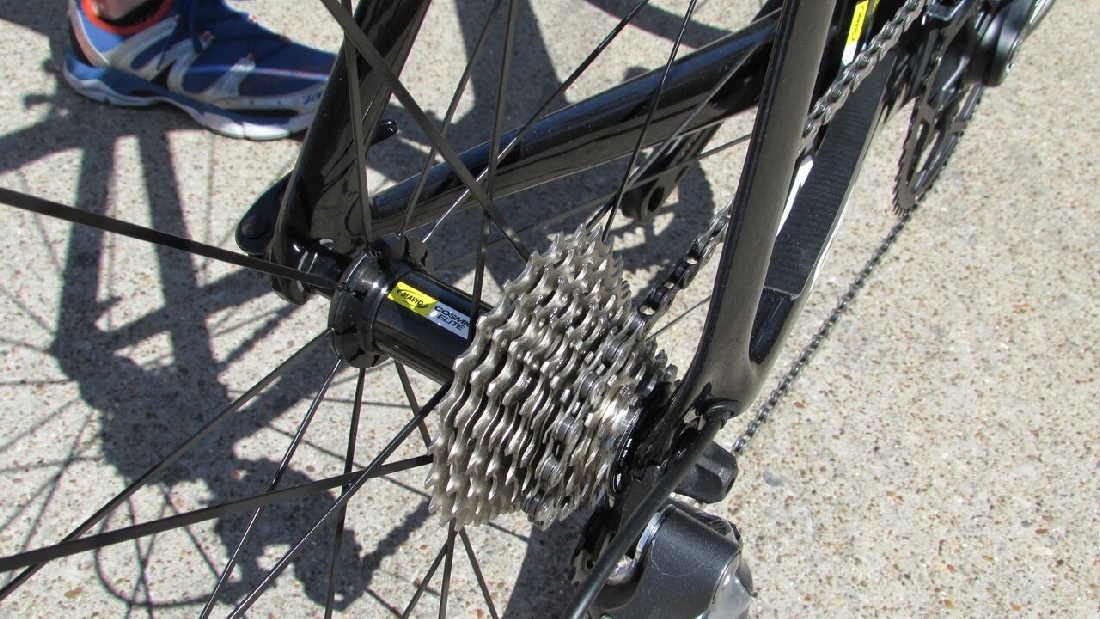 Quick, how many bicycle races can you name?

My guess is that the average American could come up with somewhere between one and zero.

If you did name one, you may have spent a few mornings watching it unfold on NBC Sports over the past couple of weeks. And as you observed the only cycling you’ll watch this year, you may have wondered a little about what’s going on with those guys in the tight pants trying to win the Tour de France.

To enhance your viewing experience, I thought I’d consult a local with knowledge of the sport to come up with a few choice nuggets of information designed to help you understand what’s going on.  I trekked (by which I mean “drove”) out to Fort Worth Cycling and Fitness on Cherry Lane to talk to Josh Crain, who was fixing a bike when I got there, so I figured that meant he knew a good bit about such machines. The store has been there since 1988 (with heritage dating back to the days when former Fort Worth mayor Bob Bolen ran a bike shop) and I counted that as a good sign, too. 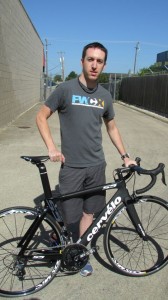 We started with the bicycles. They aren’t the single-gear Huffy whose tires you’ve been meaning to air up for years.

“It’s a bike that’s designed to be ridden fast, ridden hard,” Crain explained. “You’re going to get a very aerodynamic frame, wheels, and handlebars, as well as any kind of advantage you can get.”

The competition bikes are incredibly light, with more gears (many with electronic shifting) than recreational models to offer bigger ratios for adjusting to incredibly steep climbs followed by long descents. 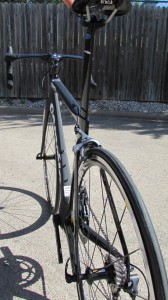 Keep an eye on where the rubber hits the road. Teams change tires depending on the conditions they’ll encounter.

“If you’re riding somewhere really fast, really dry, and smooth, you’re going to go with a tire that has as little rolling resistance as possible,” Crain explained. “That’s usually something really skinny, aired up very hard, so 120 to 150 pounds (per square inch) possibly.”

“There are some stages where they have to go through some cobblestones, where the harder tires are going to be rough and actually slicker and slower. So they go with as wide a tire as they can get, while still being fast, and run those at a lot lower pressure to make it more comfortable and also to be able to roll, or form, over the cobbles.

“When you get to the rain and snow, same way. You go with wider tires with a little bit lower pressure so you can get more contact (with the road).”

The wheels matter, too, and have a lot to do with the bike’s overall aerodynamics.

“On flatter stages, a lot of people are going to have deeper rims,” Crain said. “If it’s more mountain stages, you’re going to get shallower rims, because while the deeper rims are more aerodynamic, they are a little heavier. The shallower rims are a little bit lighter and when you’re trying to get up a mountain, you want as little weight as you’re allowed and you don’t really need as much of the aerodynamic advantage going uphill.” 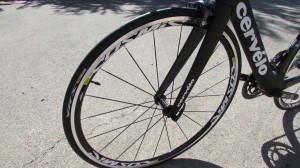 You’ll notice groups of riders wearing the same jersey. This was not a situation where they showed up to the party and were horrified to discover someone else had found the same dress on sale at Kohl’s. While individuals win races, they do so as part of a team.

“Each member of a team has a specific job. Not everyone is out there to win,” Crain explained. “Usually they know coming into the race who they’re going to push as their top rider. Sometimes, if there are a lot of good guys, they’ll find out who does better in the first few days and then start to focus on keeping him at the front of the pack.

“A lot of the guys on the team, their job is to spend almost all day out in the wind.”

These “domestiques” block the wind, chase down rivals, slow down the peloton (the main group of riders) when their main man breaks away – basically do whatever it takes to keep the team’s anointed rider in the best position possible.

Speaking of jerseys, it’s France, so fashion matters. That includes shoes. As with much fancy footwear, the participants’ shoes aren’t designed with walking comfort in mind.

“All of these guys are clipped in. Their shoes are attached to their pedals,” Crain pointed out. “It’s not fun to walk around (in them).

You may notice different styles of headwear, as riders seek a balance between comfort and speed.

“You’ll see some of the guys who stay in a group and they don’t really get in the wind, usually the top riders who are protected. They’re going to use just the standard really ventilated helmets just to stay cool,” Crain said. “The guys who are going to be out in front are going to be wearing something that’s more aerodynamic, (with) not as many vents, although some new helmets have a vent now that actually opens and closes.

“On time trial stages (where riders don’t ride at the same time as their competitors), you’re going to see the very aerodynamic helmet with the point in the back,” he said. “Having the point makes it to where there is no gap between their heads and their backs. It’s completely streamlined.”

You’ll also notice some riders wearing shirts that don’t precisely match those of their teammates. These signify some accomplishment the rider has attained. Crain ran them down for us:

Yellow Jersey: “That’s the general classification, the overall winner. That’s the guy whose (cumulative) time each day is the lowest at the end of the race.”

Polka Dot Jersey: “That is a climber’s jersey and that’s done based on a points system (awarded for) the first guy to the top of each mountain. Some days there are several mountains that they have to climb, some days there aren’t any.”

Green Jersey: “The sprinter’s jersey. That’s done on a point system,” with checkpoints at midway sprint lines after stretches of flat ground, in time trials, and at the ends of stages.

White Jersey: “It’s done just the same as the yellow jersey, or the general classification, except it’s for young riders, so anybody under 26.”

I didn’t actually ask Josh Crain about castles, and they don’t have anything to do with who wins the race. I just think one of the awesome things about the tour broadcasts is the amazing flyovers of the French countryside, including its ancient fortresses. I therefore included a photo of Château de Vincennes so you know what a castle looks like and can knowledgeably exclaim “That, my friends, is a castle.” 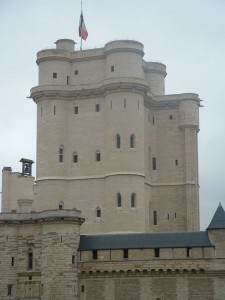 Hopefully the above information will help you impress your friends who named fewer cycling races than you did. Perhaps you can show off your knowledge while watching the 2015 Tour’s final stages this week. And maybe you’ll get inspired to finally air up the tires on that old Huffy in the garage. Crain told me that they do everything from basic repairs on department store bikes to custom bike builds, which kind of eliminates your excuses. See you on the trails.