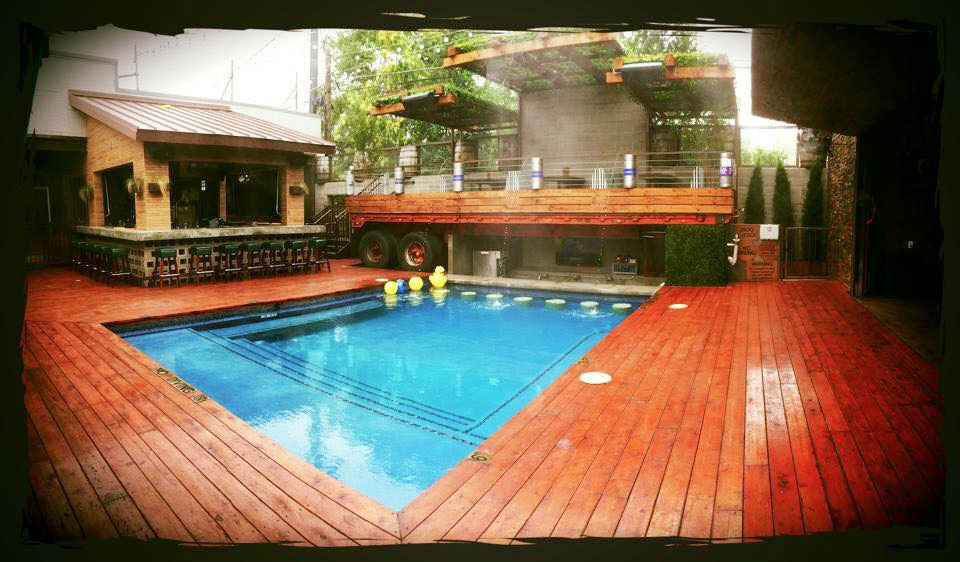 I don’t know what you know about The Whiskey Garden, but if it’s based on its Yelp page, I can only say you should probably see what it’s like for yourself –– assuming you can get in.

As a white guy, I had no problem on a Sunday afternoon, but if there is any truth to the topmost Yelp comments, other potential customers have been facepalmed by door guys for reportedly odd dress-code violations or simply poor timing. (Maybe the bar’s maximum capacity is only seven people.)

Of course, when someone can’t get in because his shorts are too red or his high-tops too high, you kind of wonder if his skin color had anything to do with it, certainly if a bunch of Yelpers imply as much.

But like I said, I got in without a hitch, despite looking as if I’d only recently rolled out of bed and then spent the subsequent two or three hours of foggy consciousness filling up on mimosas, which is actually exactly what I’d been doing. If The Whiskey Garden has a discriminatory entrance policy that may or may not be made up on the fly, I saw no evidence of it, though the people traipsing around the little swimming pool were overwhelmingly Caucasian. And, on this particular Sunday afternoon, very dudebro-ish.

So what. The Whiskey Garden is a bar in the West 7th corridor. Complaining about plastic people is like visiting Hawaii and bitching about the humidity.

Maybe I was easy to impress because I’d been drinking, but I genuinely enjoyed myself. It’s easily one of the most attractive-looking bars in town, with walls of wood, brick, and decoratively repurposed whiskey casks, and around the pool a gorgeous wooden deck. The afternoon was hot, transforming the gauntlet of misters lining the entryway from a nice little bonus into a blessing. A DJ and his entourage were set up near the pool, pumping out dance remixes of Sublime songs and the like. When you spend your time in dark, smoky dives like I do, an open-air establishment aiming for an upscale drinking experience is a veritable vacation, even if it bears more than a passing resemblance to Uptown Dallas’ vapid, trendy flash. I had made a passable attempt to check out The Whiskey Garden at the beginning of summer, but a long line of feather-haired frat guys and their dates was enough to send me elsewhere.

I didn’t eat anything, but The Whiskey Garden offers a full menu of upscale comfort food: barbecue crab cakes, smoked habañero-garlic sausage, tater tots (available with extras like buffalo chicken or poutine), poblano creamed corn. There’s also a cocktail menu with frozen drinks. Well on my way to getting lit, I only sampled one. It tasted orangey, and if I’d drunk a whole one, I would’ve needed to call Uber.

I didn’t find anything offensive about Whiskey Garden, despite the negative Yelpers. In fact, I found a lot to like. Still, you’ve got to take allegations of racism, unintended or otherwise, seriously. I want to give the bar the benefit of the doubt because I had a good time there, but I don’t want to support a business whose owners espouse a blinkered worldview. If you can’t get into The Whiskey Garden because your skin is darker than mine, I encourage you to speak up and spend your money somewhere else. –– Steve Steward