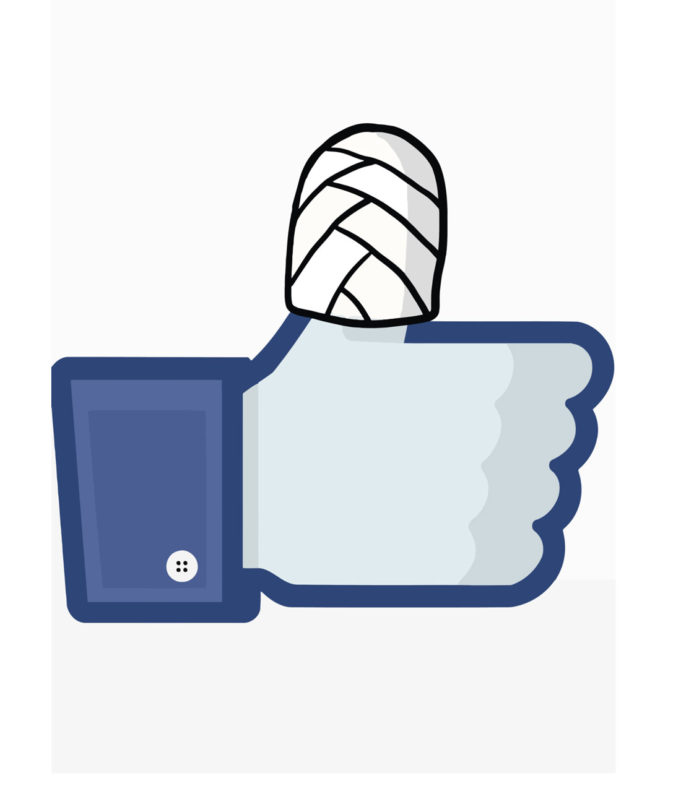 I’d venture that for the same reason festivals are popular for national acts, festivals are popular for our regional/local brethren/sistren. Increased exposure for bands. Increased exposure for concertgoers. It’s a win-win. Now, some people have criticized me as a homer, saying I brag about our Music Awards Festival every year, as if I created it. (Um, well, I did.) But the fact is that if I don’t write about it, then it won’t be written about. At all. Sure, some people might swoop in the day of, take a few pictures, and then toss off a few seemingly random words, but nobody’s promoting the event (celebrating its 14th year in 2016). All I’m doing is my damn job. Excuse me for living!

Now that we’ve got a million local music festivals –– Arts Goggle on Saturday on the Near Southside and Lolaspalooza a little later in the month at Lola’s Saloon, and those are just two –– I am glad that publicity is only a click away.

Aside from a few seconds a day, I don’t interact with Facebook at all. And I stopped tweeting at least three years ago. And you know what? I’m no smarter or more in-touch with the world than I was before I thought Twitter was actually a thing. (Twitter seems to work best if you’re a celebrity.) I used to dig Facebook. And I still have my moments with it, seeing a photo of a friend’s kid or following a funny link. But if the good stuff doesn’t reveal itself after 10 or 12 downward swipes, it will be lost to me. And Facebook was fantastic circa 2013. And then Facebook realized how popular it was. And then Facebook started actually trying, trying to be more helpful, trying to be more “user-friendly,” when we know Mark Zuckerberg and company were only trying to build a bigger moneymaking machine. And then, like MySpace, Facebook started “tweaking itself into obsolescence,” to quote my old friend George Call, Aska frontman and one of the last remaining shred/wail rockers in North Texas.

Now let me check my Facebook account on my phone. Because no one reads on PCs or laptops anymore. It’s all mobile these days. Let’s see. Since about four hours ago, I have five notifications: Joe Schmo invited you to Event X. Jane Schmo invited you to Event Y. Bob Schmo and 4 other friends have birthdays today. Jill Schmo, Jen Schmo, and Nathan Schmo are attending an event near you today. A page you like, Jessica Schmo’s Vagina, changed its name to James Schmo’s Schlong.

Thanks, Facebook. Thanks for absolutely nothing. Except more noise.

Which brings everything back to me. Hahaha. You really thought we’d go away that easily? You thought you would be getting all of your local news from “the worldwide web” by now?! Hahaha. You fool! (Spoken in Dr. Frank N. Furter’s voice, because Halloween, duh.) Print media outlets are not going anywhere. At least the free ones. The paid ones? I have no idea.

So. Let me be the one to tell you that –– nay, let me be the one to command you to attend Arts Goggle. Want to party? Post up early at The Chat Room Pub, whose bill includes, oh, only some of the biggest bands in North Texas (Quaker City Night Hawks, Holy Moly, The Unlikely Candidates, Son of Stan, Jetta in the Ghost Tree). Get there early, as I’ve said, because shit’s gonna get packed right quick.

Want to have yours ears ringing all night and the next morning? The Boiled Owl Tavern has the best 817 band you’ve never heard, Tame … Tame & Quiet, plus War Party, Vicious Firs, Toy Gun, and more.

And Friday night on the Near Southside? It’s our last Friday on the Green. Whiskey Folk Ramblers, Jetta in the Ghost Tree, and Un Chien are on tap. And it’s free. Get there early, because … oh, just check your Foursquare.