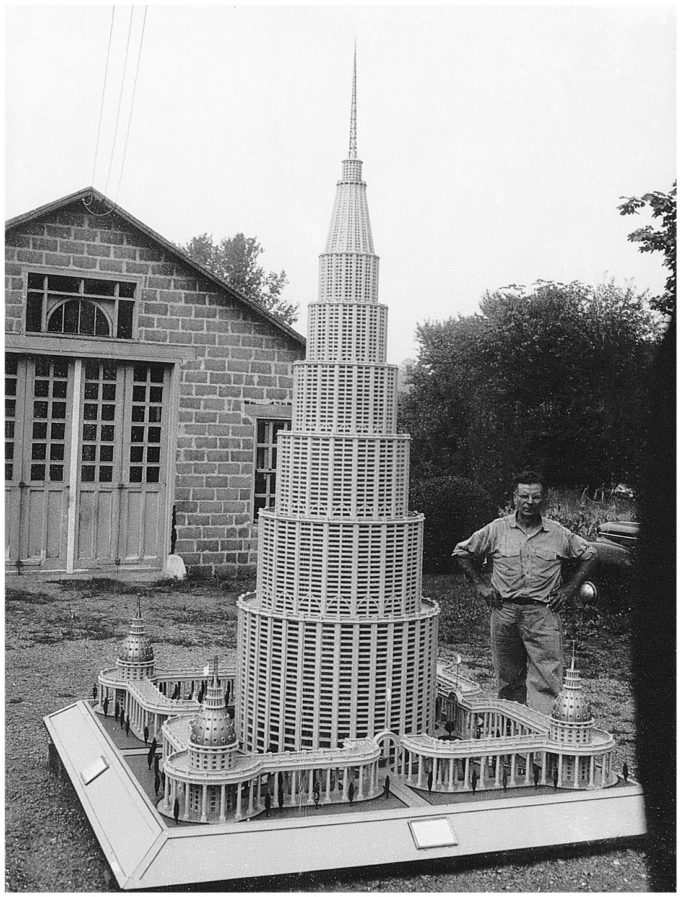 Away with the derivative and tritely academic products of the art schools! Give us the original artistic visions developed in isolation by lonely cranks and allowed to flower into their full weirdness!

That’s the ethos of the Amon Carter Museum’s new show. Self-Taught Genius: Treasures from the American Folk Art Museum, a touring exhibit from the New York City institution, makes its first stop in Fort Worth.

The name you might recognize here is Henry Darger, the Chicago janitor whose fantasy drawings and paintings about a mythical war between slave girls and their overlords inspired a documentary film. In addition to his work is a plethora of other equally fantastical pieces, like the impeccable Whig Rose quilt made by unnamed slaves on a Kentucky plantation. The auto mechanic Marino Auriti built a huge model for “The Encyclopedic Palace of the World,” a museum intended to house all human knowledge. The Mexican-born candy store clerk Consuelo “Chelo” González Amézcua made psychedelic ballpoint-pen drawings, and the itinerant stenciler Moses Eaton Jr. drew wildly colorful designs on a sample box and wood panels. You can see these works in all their eccentric glory through the rest of the year.