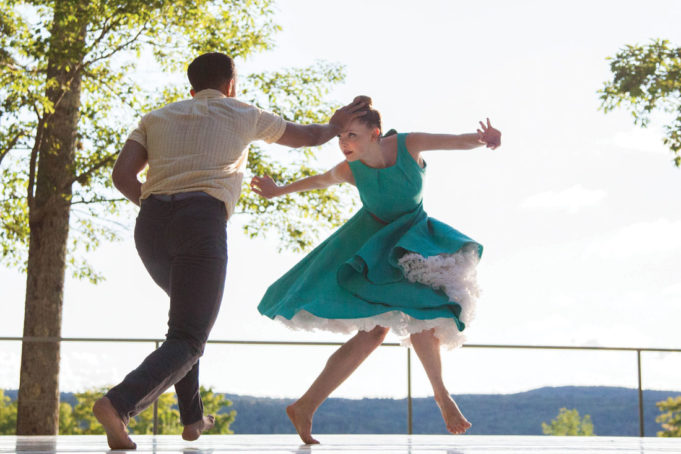 Wed 7 – Get ready to be all princessed out at the Fairy Tale Ball tonight. This fundraiser for Artisan Center Theatre will feature appearances by Disney princesses and a preview of the troupe’s 2016 season for kids. Guests are encouraged to dress up in their best fairy-tale outfits. The event runs 7-9pm at 444 E Pipeline Rd, Hurst. Tickets are $20-35. Call 817-283-3406.

Thur 8- The Ridglea Theater finally sees some action when the Q Cinema Film Festival arrives there for its 17th annual go-around. This year’s slate includes the South African-set While You Weren’t Looking, the gay marriage legalization documentary The Case Against 8, and the directing debut of actress Ally Walker called Sex, Death, and Bowling. The festival runs today thru Sat at 6025 Camp Bowie Blvd, FW. Single tickets are $10-20. Call 817-723-4358.

Fri 9 – Continuing to carve its own trail in the local dance scene, is Dark Circles Contemporary Dance. This weekend, Joshua Peugh’s troupe trots out the world premiere of Peugh’s Aimless Young Man, a madcap comic piece that will be paired with his earlier Slump. These similarly themed pieces should go well together. The concerts run today thru Sun at TCU, Alice Lowe Hall, 3000 S University Dr, FW. Tickets are $20. Call 575-993-3584.

Sat 10 – More than 550 artists and 50 bands will be on hand for this fall’s ArtsGoggle, which stretches across both West Magnolia and Park Place avenues and also features a graffiti art competition, movies, food, and breakdancing — looks like the 1980s are coming back at this event. The festivals run noon-10pm at Magnolia Av from 8th Av to S Main St, FW. Admission is free. Call 817-923-1343.

Mon 12 – Oh, boy. We smell some corporate shilling in the Fort Worth Museum of Science and History’s Think. This traveling exhibit is put together by IBM, and one of the show’s components is devoted to demonstrating 100 IBM inventions that have changed the world. This is undoubtedly true, but expect to learn about technology through a very Big Blue lens. The show runs thru Jan 10 at 1600 Gendy St, FW. Admission is $15-19. Call 817-255-9300.

Tues 13 – Instead of a lecture tonight, Tuesday Evenings at the Modern runs a screening of Chris Marker’s Sans Soleil. It’s supposed to tie in to the museum’s Kehinde Wiley exhibit, which we think might be because Marker’s essay on travel connects with how Wiley’s art has led him to far corners of the world. Anyway, Marker’s 1983 film is a masterpiece. The movie starts at 7pm at 3200 Darnell St, FW. Admission is free. Call 817-738-9215.