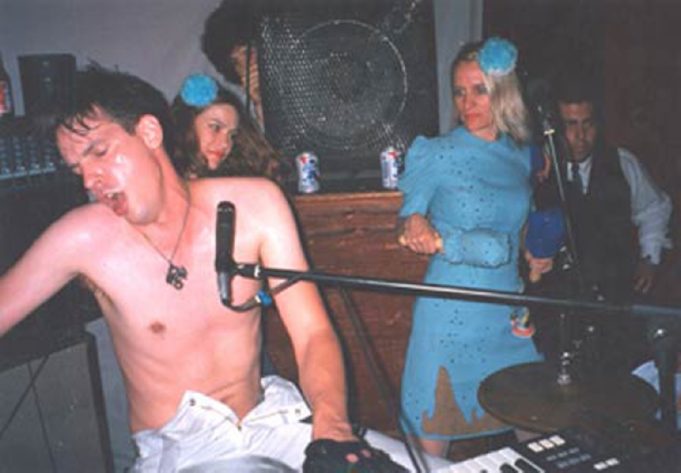 1) Have you been to the Collective Brewing Project? Me neither, but I am definitely overdo, especially since Dreamy Life Records and Music gurus Jim Vallee and Robby Rux have been bringing their turntables in every other week (I think tonight’s – tonight being Wednesday – is their fourth DJ night) and spinning vinyl centered around a particular genre or theme; previous weeks have been themed around garage and “early metal,” and this week’s edition is a reggae and dub night. Sucks I’m out of town; that’s probably my favorite DJ night of them all. Jim and Robby spin their wheels from 7-9pm. Until then, level the vibes with this trailer for 1978’s rudeboy classic Rockers – the first time I saw this movie, it was unintentionally used to completely torch my friend’s roommate’s Netflix and chill night (but you know, in like 2005 before that was a thing). Want to kill the mood for a couple of a Christ Chapel college ministry kids hoping to cuddle on the couch and eventually fumble their way to third base? This movie is perfect for that:

2) Fred’s Texas Café is hosting a pretty un-Fred’s-like show this weekend; it’s not like Terry Chandler’s flagship greasy-spoon/gourmet comfort food emporium only hosts music that’s in the wheelhouse of the pearl snaps and Salt Life/Yeti-sticker on-the-truck’s-back-window crowd, but wow, Quintron and Miss Pussycat at Fred’s? I didn’t see that one coming, yet the New Orleans-based noise/dance/psychedelic puppet show act is headlining there Friday night at 10pm. But wait, THERE’S MORE, because FOGG and Fungi Girls open the show at 8 and 9pm, respectively. Aaaaaaanddddd… it’s a free show! Check it, yo; this is not the kind of show at Fred’s you’d see on a Sunday afternoon:

3) Man, I’m really thinking about the energy level of that Friday night lineup at Fred’s… Unless all the bands get over-burgered or something, the vibe should be pretty amped; that it’s over by 11pm is also pretty sweet, because the bill at Lola’s (just a short hike away across West 7th) is also high energy, though it’s the kind of energy that powers ominous forces of doom like tidal waves, avalanches, and whatever it is that Galactus runs on – some kind of what, planetary life force? Isn’t that what Galactus eats? I was more of an X-titles guy, so I am better informed about what motivates and/or fuels Magneto and Sebastian Shaw. But anyway, Lola’s has a heavy-as-fuck show anchored by the newly reformed and reconfigured Turbid North, with the support slots filled, from second-to-last to first, by spacey shred-lords the Cosmic Trigger, sludgy doom duo Mountain of Smoke, and the Brazos River Outlaws, fine purveyors of Southern Metal traditions. Doors are at 8, show starts at 9. Also: a new Turbid North Video!

4) For chronological purposes, Saturday’s Attack of the Funkfest at 1912 Club is down here in the fourth spot, but it’s the best show of the week by far. For one thing, it’s the most bands for your buck – there are 17 acts spread across the afternoon and night (starting at 4:30), and presale tickets to this show are a mere $8, or $10 at the door. But it’s also fairly diverse; heavy jammers FOGG headline, followed by Denton’s New Science Projects (punk), Spacebeach (surf, doom, bad dreams), Dallas’ Moon Waves (psych rock), Hate Your Friends (pop punk), Mountain of Smoke (doom), Panic Volcanic (rawk), Vicious Firs (stoner rock), Andy Pickett (sarcasm, piano pop), Tornup (hip hop), Lady Kira (more psych), Squanto (glitchwave), Nathan Brown (aerobics/employee-training-video-at-Mervyn’s pop), Slumberbuzz (shoegaze/psyche rock), The Fluorescents (garage punk), and the Fibs (psych punk). Whew! That’s a metric shit-ton of bands, and together they make a nice tapestry of Fort Worth’s music scene as it stands at the end of 2015 CE, even though some of those bands are from Dallas and Denton. Besides a festival’s worth of bands, all proceeds are going to fund the purchase of a legit PA for 1912 Club. There will also be skate ramps and the Funky Town Food Truck on hand for when you get the munchies. When I looked for a New Science Projects video, I found one for a hover bike, so here it is:

5) Should you choose not to go to Attack of the Funkfest on Saturday (and why is that, anyway? That show looks hella fun!), perhaps you might be inclined to go to Dallas instead. If so, treat yourself to the monthly Dallas Ambient Music Night, aka DAMN, held at the Black Lodge (212 S. Walton St.). It’s a far mellower choice, to be sure, but imagine going to dinner at Pecan Lodge or wherever, enjoying a nice bottle of wine (or your favorite locally crafted craft beer), then traipsing with a nice balmy buzz into a gallery that combines an art show with psychedelic visual projections and aural collages by the likes of Lawrence Lawrence, Self Portrait, Melting Season, Tidals, Amulets, Wire Nest, and Triangulum. I bet your brain feels so nice and chill at the end of it that you’ll spring for a hotel room. See what this Triangulum video does to your brain: