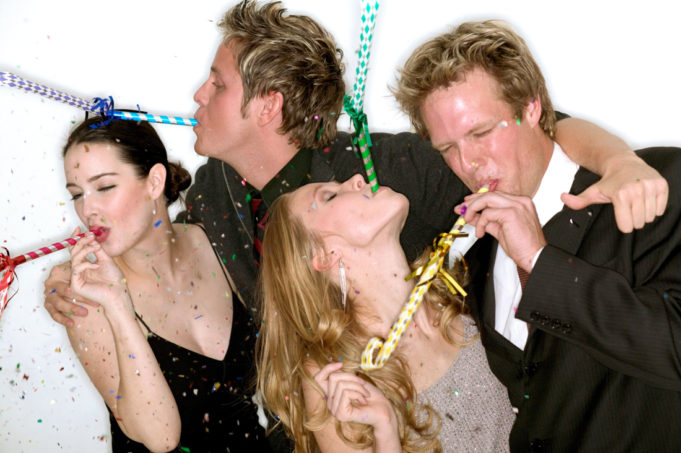 You know what I think would be badass to hear on New Year’s Eve? An Iron Maiden tribute band (say, for example, Maiden Texxas) playing “Two Minutes to Midnight” right before the countdown to the next year. Take a moment and imagine that. I’ll wait. See? That is badass! The only problem with this fantasy situation is that the recorded version of that song is over six minutes long, so the band would actually have to start at 11:53, which is actually OK because that gives them a cushion of about 50 seconds, depending on how closely they hew to the record’s tempo. I just don’t trust any show around here to function with that kind of scheduling precision. In other words, if doing the countdown to 2016 is a very important part of your New Year’s Eve, don’t be disappointed if a band messes it up for you. I know this because I have spent a lot of New Year’s Eves with bands messing up the countdown for people.

Places without bands typically have that countdown bit down to a science. One of these years, I’m going spend NYE in a place where it’s a huge deal, either because the people there are sentimental or because they have spent money on bottle service or a table reservation, and freaking out about yelling THREE! TWO! ONE! justifies the cost of a bucket of melted ice and a carafe of flat cola. Sorry, but that’s exactly how my only experience with bottle service went. But if shouting in the new year in a dance club-esque atmosphere is your cup of tea (or flute of champagne, because HAPPY NEW YEAR), you’ll want to grab your spot at Studio Eighty (509 University Dr., 817-332-9937), which is offering $150 bottle service reservations and $30 table reservations. This sounds like a bargain? Maybe? I hate having to get up and holler a drink order to a bartender as much as the next person, but I don’t know if I hate it to the tune of a $120 difference. Honestly though, Studio Eighty on New Year’s Eve sounds fun even if you have to stand. As it turns out, there’s no cover, so standing is totally free, as is shuttle service!

Another place I’ve always wanted to spend New Year’s Eve is a strip club, because every so often, I’ll hear a stripper talk about how the party ratchets up and gets wilder and wilder until… I dunno what. It’s like strippers are sworn to secrecy –– they never divulge anything! In any case, the most interesting-sounding strip club New Year’s Eve bash is the Red Bull-sponsored Great Gatsby party at Bucks Cabaret (2345 Meacham Blvd., 817-740-0026). There’s a free champagne toast, plus the weird meta-synchronicity of guys tossing money at women who don’t love them at a party named for a literary character who metaphorically tossed money at a woman who didn’t love him. All that, plus a free shuttle ride to wherever you live! Honestly, I’m kind of surprised Thompson’s Bookstore didn’t think of this idea, seeing as how it’s a bar designed to be the kind of place Jay Gatsby might have frequented, and because famous literature. If you don’t feel like dressing up in your best silver suits and gold ties but you still want to give money to naked women, Stars Cabaret (7405 Camp Bowie Blvd., 817-244-3302) has its own free midnight champagne toast, plus $3 shots.

Finally, there’s the Biggest New Year’s Eve Event in Fort Worth party at Landmark Bar & Kitchen (3008 Bledsoe St., 817-984-1166). If I’m not mistaken, this is the second time they’ve thrown this party in as many years, so I’m kind of experiencing déjà vu or at least wondering if I’m looking at a year-old Facebook invitation. It’s not, though it will once again have a shot block/ice slide/Rumplemintz-on-chin delivery system, a confetti cannon, and a DJ, plus cash prizes and an overwhelming array of entrance and party packages –– you’ll just have to look it up, because it covers all the precious metals, as well as a pricier “Speedy Entry” option, like the skip-the-line pass at Disneyland, but minus Aladdin and the seven dwarves.

As always, wherever you go, take advantage of a sober driver (like a free shuttle service, for example), and don’t ruin anyone else’s good time. Have a good one. See y’all next year.